Welcome to my stop on the Blurb Blitz, presented by Goddess Fish Promotions, for A Soldier Finds His Way by Irene Onorato.  Please leave a comment or question for Irene to let her know you stopped by.  You may enter her tour wide giveaway, where one randomly chosen commenter will be awarded a digital copy of each book that is a part of this tour, by filling out the Rafflecopter form below. You may follow the stops on this tour by clicking on the banner above, the more stops you visit, the better your odds on winning.  Good Luck! 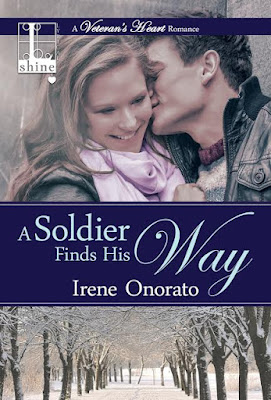 A Soldier Finds His Way
By Irene Onorato
A Veteran’s Heart, Book 1

Sometimes getting lost is the best way home . . .

After a painful youth spent in foster homes, Special Forces soldier Edward Giordano has all but given up on love. Returning to New York from a dangerous mission in Costa Rica with no one to welcome him home, he knows he must find a way through his bitterness and embrace faith, or he’s destined for misery and loneliness. But he never expects that saving someone else’s life might help him save his own…

Audra Lorenzo is a first-year school teacher with a bright future. All she’s missing is a man to share her happiness. Her father wants her to rekindle her relationship with her ex-boyfriend, but she can’t stop thinking about the handsome, kind, and courageous soldier who rescued her from a near-deadly car accident…

Edward too, has not stopped thinking of Audra. After making peace with God and with his difficult past, he’s ready to re-connect with her and reveal his feelings. Edward knows that opening his heart will mean risking pain, but he’s prepared for whatever comes—from a perilous deployment to Audra’s meddling father…

A seed of a smile sprouted on Greco’s face and he stepped a little closer.

“Do you know what my wife said to me last time she saw you at this very airport? She said you were one of the handsomest men she’d ever seen. Not as handsome as me, of course,” he added quickly, evoking a grin from Edward. “But she said to remind you that your face wouldn’t break if you smiled once in a while. You’re wound up tight. Loosen up, son. Dismissed.”

Edward relaxed his posture but stood glued to the spot.

Greco took a few steps, but turned back when Edward didn’t follow. “What’s the matter?”

“I’m sorry I embarrassed you and the men. You’re right. I behaved badly and I have no excuse. I’ll try to control myself, sir.”

“Edward, may I speak to you as a friend and not as your commanding officer?”

“Look, I’m not saying you’re crazy or anything like that, but maybe you should see someone, you know, professional. You shouldn’t have to live a life of controlling yourself. Work on getting rid of those internal demons instead. Something is eating at you all the time. You don’t seem to enjoy life very much, and you should. Come on. Let’s go home.” Greco patted Edward’s back.

The men collected their gear and made for the door.

“I don’t suppose I could persuade you to meet my wife today, could I, Lieutenant?” Greco asked.

“Thanks, but my brother’s picking me up.”

“Hey, tell Hank we miss him. He’s a great guy, and the best demolition man the unit’s ever had.”

Outside, Greco dropped his duffel bag and kissed his wife passionately. Before she got in the car, she turned and waved at Edward. He returned her gesture with a nod and a quick flick of his hand. The major gave Edward an informal two-finger salute and slipped into the driver’s side. 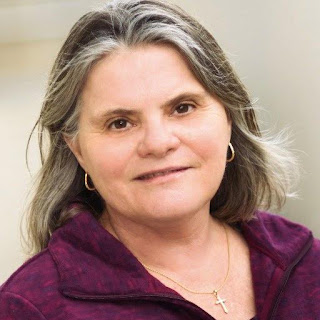 Irene Onorato was born and raised in Bronx, New York. Her father, a first-generation American whose parents were born in Italy, was an Army veteran who had served with the 178th combat engineers during WWII. He told numerous stories of battles, hardships, tragedies and triumphs. The glimpses he gave into the hearts of many American warriors would later become the inspiration for much of Irene’s writings.

In 1972, a few months after graduating high school, Irene met James Onorato, a soldier who had just returned from Vietnam. After dating two weeks, they married, raised three children, and are still happily married today.

Irene and James, both radiation protection technicians, retired from the nuclear power industry in 2014 and now reside in Louisiana. Readers can visit Irene’s website at ireneonorato.com, and find her on Facebook.

a Rafflecopter giveaway
Posted by Maria at Thursday, October 27, 2016