Welcome to my stop on the Release Blast, presented by Tasty Book Tours, for Chloe by Sarah Brianne.  Please leave a comment or question for Sarah to let her know you stopped by.  You may enter her tour wide giveaway by filling out the Rafflecopter form below.  You may also follow all of the stops on the tour by clicking on the banner above.  The more stops you visit, the better your chances of winning. 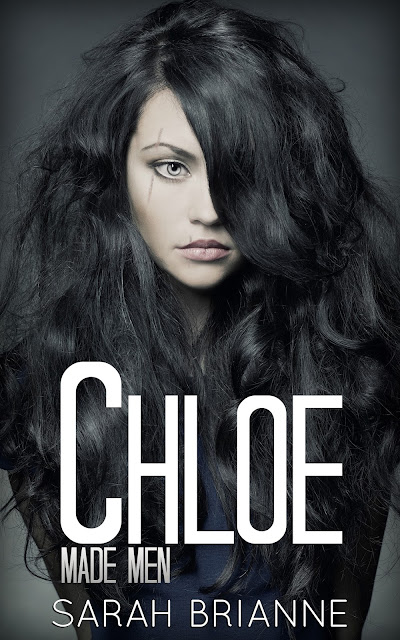 Chloe’s scarred face makes her the school’s freak.
Her reflection is a constant reminder of how she got them.
The man who scarred her haunts not only her dreams, but also her reality.
Some nightmares don’t go away in the daylight.

Two men stand up to save her from the nightmares.
Both are men of the mafia, waiting behind a door she doesn’t want to open.
Amo the soldier and Lucca the underboss.
The Beast and the Boogieman.

Who will she choose?

Looking for more MADE MEN?

Hey! My name is Sarah Brianne and after living for twenty-two years the characters in my head told me enough was enough and I have finally put pen to paper (or is it finger to keyboard?) to tell their stories. Since I was a little girl I have watched every chick flick I could get my hands on, then when I became older I discovered a whole new world of romance novels. To me there is nothing better then a tale of true love and those are the stories that have inspired me to write. Like everything else in my life I have put my own spin on two lovers destined to be together.