Welcome to my stop on the Blurb Blitz Tour, presented by Goddess Fish Promotions, for Spirit of the Northwoods by Auria Jourdain.  please leave a comment or question for Auria to let her know you stopped by.  you may enter her tour wide giveaway, where one randomly chosen commenter will be awarded a $20 Amazon/BN GC, by filling out the Rafflecopter form below.  You may follow all of the stops of the tour here, the more stops you visit, the better your odds of winning.  Good Luck! 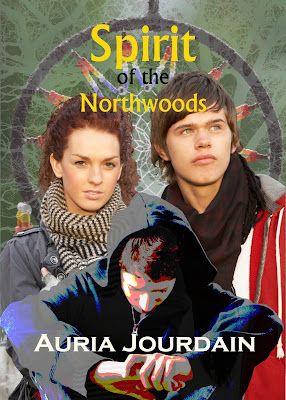 Spirit of the Northwoods
by Auria Jourdain


Struggling to settle into a new school, junior Shannon Colfax finds herself entangled in a feud with popular football jock Brent Duray after he bullies her autistic twin brother, Shane. After an unlikely savior comes to her rescue—Brent’s friend, Cody Williams—the jock and his entourage devise an immediate retaliation plan: Duray promises to leave Shane alone if Shannon and Cody survive the infamous Paulding Light Challenge on Halloween night. Desperate for vindication, they take the dare...but are the local legends truly paranormal, or are they dealing with something more sinister?


Shannon frowned as Cody ran his fingers through his hair nervously. “What is it?”


With a dismissive wave, Cody hardened his gaze. “Nothing. I thought I saw something. Gotta keep a sharp eye out in the woods this time of year. Wolves and such...”


“Don’t worry. We’ll be fine. We might as well head back to the truck since we lost the— wait a minute…what the hell is that?” Without explanation, Cody sprinted off the road into the dark, dense forest.


“Cody! Don’t leave me here!” Shannon ran after him, desperate to keep up. She finally traced his light to a large grove of hemlocks where Cody stood immobile in shock.


He held his hand up and glanced at the ground. All of a sudden, fear gripped Shannon, and she began to scream. Shushing her, Cody clapped his hand over her mouth, pulling her close. His heartbeat pulsed against her lips. He’s just as scared as I am! With a grim nod, he finally released her and knelt to the ground, taking stock of the devastating sight in front of them. 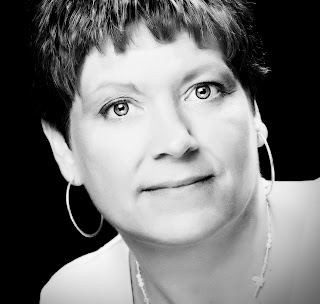 
An avid reader from an early age, Auria Jourdain has fond childhood memories of spending quiet afternoons with a book in her hand. She loved the "happily ever after" sweet teen romances, and when she came of age, she plunged into the world of historical romance with fervor, transporting herself to a bygone time. Her favorites were Regency, but as a girl brought up in a common home, she was disheartened that most of the novels of this era focus on the nobility and wealth. Auria set out to write her own romance, encompassing her passion for French Revolutionary history and her innate sense of goodwill for the common man. An idealist at heart, she writes heroes and heroines that struggle to find acceptance in their world.


To go along with this theme, two years ago, Auria wrote a Young Adult novel during NaNoWriMo for her 17 year old autistic son who is struggling to make his own way in the world. Looking to educate people about this mysterious disorder, she wrote Spirit of the Northwoods for him and set it in their hometown in the Upper Peninsula. Her release coincides with Autism Awareness month, April 2016, and all proceeds for this novel will be donated to the Autism Society of America. Auria hopes that someday we can break down the social barriers and forgo stereotypical judgments that harm our world so that people like her son can form positive relationships with others.


Auria lives in the Upper Peninsula of Michigan with her husband of twenty years, her four children (ages eight to eighteen), and two golden retrievers. A rather new transplant to the area, she loves the changing of the seasons, and she is currently working on a contemporary romantic suspense trilogy set in her rough and rugged homeland. Silence the Northwoods is set at a local ski resort in her hometown of Ironwood, Michigan—the ski capital of the Midwest. Silence the Waters takes place during the summer on the dangerous river ways that flow into Lake Superior in the Keweenaw Peninsula; and Silence the Birchwoods is an autumn tale set on Sugar Loaf Mountain, near Marquette, Michigan. All three involve murder, mystery, and romance, of course.


Auria spends her the long winters plotting and scheming her next book, and in the mild summers, she and her husband devote every waking moment hiking and kayaking the Northwoods. An amateur photographer, she lives fifteen miles from the shores of Lake Superior, and her muse has been piqued by the awe-inspiring beauty that surrounds her. Although she hasn’t officially acquired “Yooper” status yet, she can’t envision living anywhere else.

a Rafflecopter giveaway
Posted by Maria at Tuesday, May 17, 2016