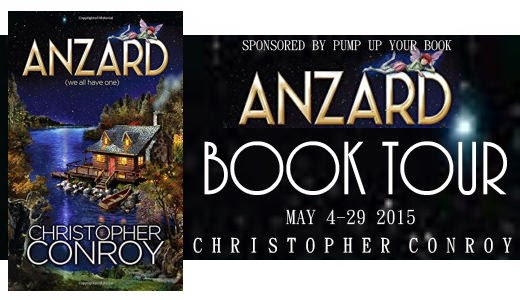 Welcome to my stop on the Virtual Tour, presented by Pump Up Your Book, for Anzard by Christopher Conroy.  Please leave a comment or question for Christopher to let him know you stopped by. 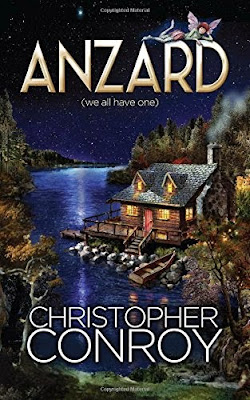 Author Christopher Conroy has just released a book for kids aged 8-12 called ANZARD. Teachers, parents, producers...take note!  This appealing and well-written book would give Lewis Carroll (Alice’s Adventures in Wonderland) reason to worry.  As a matter of fact if you mixed in one part Harry Potter, with one part Pinocchio then added a generous helping of Alice in Wonderland…you’d get Anzard!

One dark and stormy night, as Justin is anxiously awaiting the return of his parents and praying for their safe return from a long overdue plane trip, he is visited by Poofy, a tiny, magical pixie who comes from the faraway planet, Spiritainia.  Justin is escorted to this wonderful world of Spiritainia by the Anzard pixie, Poofy.  Aside from Poofy, Justin is joined by his own Tribe of Truth – that include such memorable characters as Regal the Eagle, Turner the Turtle, Chumpah the Chipmunk and Billy the Goat – define Justin’s inner voice and help him in his quest of self-discovery.

Justin also learns to resolve conflict, which arrives in the form of an evil witch named Nosefeen, and captures Poofy as Poofy is guiding Justin to the Path of Possibilities. Through these adventures, Justin grows stronger and develops self-esteem, enabling him to return to Earth, find his parents, and guide them home safely.

ANZARD opens up a world of rewards for kids who learn to develop and trust their inner voice. The book helps them to become more aware and enlightened.

The ANZARD book cover is beautifully illustrated by Peter Green Design of Glendale, California who also designs for film companies, sporting teams and many other businesses including DreamWorks, McDonald’s, The Walt Disney Company, LEGOLAND, The NBA, HBO, FOX Kids Networks, and the “Game of Thrones” fantasy drama television series, to name a few.

“A timeless, yet very modern story of a young boy’s journey to a magical new world, filled with enchanting characters and thrilling adventure.  You owe yourself a trip to Spiritania.” - Victoria Lucas, Producer

“My nephew loved ANZARD so much I had to see what got him so excited.  After the first chapter I was hooked.  I normally don’t read this kind of fiction (fantasy) but the storyline was compelling enough to make me locate the author’s website and post this review.  Can’t wait to read Mr. Conroy’s next novel!” - D. Butler, Amazon Post

Justin’s story can even appeal to adults.  Says Mr. Conroy, “I want my readers to come away happier, more aware and enlightened…as a child I was aware of many things but I constantly invalidated that awareness.  I shouldn’t have.  Those gifts are precious.  Our inner awareness should be nurtured and cultivated, especially by parents and the child who has those gifts.  Maybe some part of Anzard will awaken those powers.”

For More Information
Anzard is available at Amazon.
Pick up your copy at Barnes & Noble.
Discuss this book at PUYB Virtual Book Club at Goodreads. 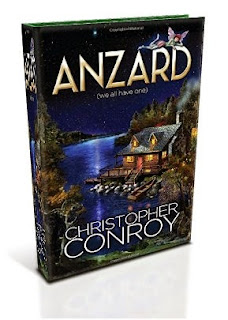 On a dark, stormy night a ten year-old boy named Justin Cavelle looked out of his upstairs bedroom window and prayed for the safe return of his missing parents.
Justin had just heard from his grandfather that his mother, a nurse, and his father, a doctor, were hours and hours overdue from a mission to help poor people in a fishing village hundreds of miles away.

At that moment, off in the distance, a treacherous, turbulent thunderstorm was tossing a small, red, single-engine Cessna plane around violently over the dense forest and cliffs below.

Inside that battered plane, the pilot, Justin’s father, Dr. Stephan Cavell, strained to see out of the rain-lashed windshield as he desperately tried to guide the plane through the mountainous terrain and narrow canyons below.

Beside Dr. Cavelle, his terrified wife, Noel, clutched her husband’s arm in fear as they bounced through the endless turbulence of the storm.

As lightning struck a nearby tree, Dr. Cavell noticed that the plane’s altimeter indicated they were going lower and lower.

As his wife screamed, Dr. Cavell desperately attempted to pull out of the plane’s nosedive.  Without warning, their plane smashed into the tops of rising pine trees, sending them toward the steep cliffs of the narrow canyon.  With a loud crash, the plane spun round and round until it finally was thrust into a nearby cave.

Inside the cave, the bruised and bloodied Dr. Cavelle and his wife lay unconscious in their damaged plane, which was wedged against the walls of the cave.  A large boulder blocked one of the airplane’s doors, and the cave wall blocked the other.  It was clear Justin’s parents were trapped and badly injured.

Farther down in the cave, a hibernating bear lay sound asleep, unaware and easy meal was nearby.

Miles away from that cave, a worried Justin rushed downstairs to be with his grandparents Ned and Bess.

Grandpa Ned was a husky man with silver-gray hair, dark green eyes and leathered skin.  He had worked all his life running a lumber company, and that world seemed still etched in his face.  Somehow, being the man in charge, working outdoors, and never backing down from anyone had given him the look of someone who lived all his life exactly how he wanted and loved every minute of it.

Grandpa wore a bright blue-and-red plaid shirt, over-alls and work boots.  He always wore plaid shirts.  Justin used to always wonder if he was born in a plaid shirt.

As Justin and Grandpa Ned looked out over the stormy night, Grandpa assured Justin that his mom and dad were all right and would be flying over the treetops soon.

In the background, Justin’s grandmother was in her favorite chair reading a book with a concerned expression on her face.

Grandma Bess was a quiet, slender woman who glowed with inner strength and awareness about her, as if she had special knowledge all to herself … she always seemed to know more than she said.

She noticed Justin when he bounced downstairs and into the living room all in a tizzy, and as usual, she took a moment to admire her grandson.  What a young, lanky pony she thought.

Justin was an energetic, affectionate young boy who seemed to have a never-ending curiosity about things --- a lot like his cat.  Justin’s thick brown hair was always flopping over his dark blue eyes, and his skinny legs always seemed to be chasing his endless imagination --- making him trip over himself sometimes.

Justin’s grandfather continued to look out the window at the foreboding storm and the dark clouds in the distance.

“Don’t worry son, they’ll make it.  Your father has flown through many storms before, you know,” he said.

“You sure, Grandpa?” Justin asked.

Justin’s grandfather just smiled and patted his grandson on the head.  “I’m sure boy,” he answered, “I’m sure.”

Little did Justin, or his grandfather, know how that storm would affect them both --- and all the magical places it would eventually cause Justin to travel to in this Universe. 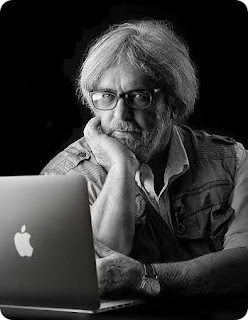 Author Christopher Conroy currently lives in Los Angeles, California, but was born in Ireland and raised in Canada.  He grew up in a large family consisting of seven children, and a mother and father who by his own description were “loving, moral, fun and pure magic.”  Conroy says he was heavily influenced by John Steinbeck growing up, and also likes Jack London and Sir Arthur Conan Doyle, but that the “main influence for ANZARD came from that magical place in my mind where I write.” 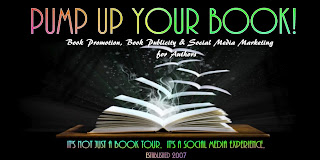