Welcome to my stop on the Release Day Blitz, hosted by Book Partners in Crime, for Just Caspian by Briana Giatan.  Please leave a comment or question for Briana to let her know you stopped by.  You can enter her tour wide giveaway, for one (1) Ecopy of The Last Thing and The One Thing, by filling out the Rafflecopter form below. 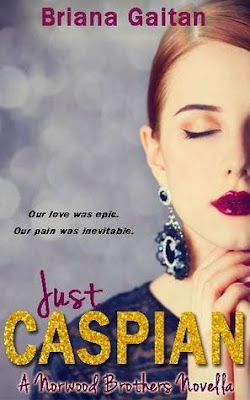 Our love was epic. Our pain was inevitable.

We shared demons, but his were always darker than mine.
We always fought them head on.
Until tragedy changed him, and he lost his way.
I’ll do anything to help him find his way back home.
Things won’t be the same until he’s just Caspian again…

Ginger and Caspian's relationship has always had its ups and downs. Now their greatest loss might bring them their greatest gift. As they work out their grief, accept their loss, and figure out how to move forward, they'll discover if their love can stand the test of time.

*This is a standalone novella and a spin-off series from the Hollywood Timelines series featuring Caspian Norwood and Ginger Teague, characters introduced in The One Thing*

Every piece of clothing I own is completely out of season. I throw a pair of red heels behind me and continue digging through the piles of shoes on my closet floor.

“Babe, have you seen my tan Gucci sandals?” I could have sworn I saw them just last week. If my closet weren’t such a huge mess, I’d probably find them with no problem.

I poke my head out from behind the mirror doors and stare at Caspian who is immersed in a video game. He’s ignoring me, a usual when the Xbox is on. I snap my fingers a few times.

He pulls off one of his headphones and looks at the growing mess behind me. “I don’t know what a Gucci is, but there are like a million pairs of shoes behind you. Wear one of those.”

Sounds of gunfight and yelling start back up. He’s playing with his friends, and I hate to interrupt, but this is an emergency. And not just any emergency. A fashion emergency.

I stand up and finish stuffing my suitcase with all the important necessities. Dress for premiere, suits for interviews, and a good book for the down time. Because that’s what I do now. I read a book. I don’t go out and party. I continue talking to Caspian as I try desperately to zip the bag up.

“This isn’t just any premiere. This is the Sundance Film Festival. This is the premiere of my first film. This is the crème de la crème of independent film festivals. This is my dream. This is—”

“Alright, Ginger. I get it. Two Gucci shoes, on the double.” He stands up, turns off the game, and stretches his hands over his head so that the smallest amount of skin peeks out under the bottom of his shirt. He runs his hands through his dirty blonde hair. It’s amazing that a guy so nice would want to be with me. Me, of all people. I don’t deserve him. I can’t pry my eyes off every inch of him as he sorts through my monster of a closet. It’s the sexiest thing a guy could ever do. Helping me without complaining, but he knows how important this trip is to me. It’s bad enough that he has to miss it due to a recording deadline.

“You’re meeting me in Nashville on Monday, right?” I move to my vanity and take out my diamond studs followed by my makeup.

“I wouldn’t miss it for the world.” He gives me a goofy grin before going back to his searching.

Next week is our one-year anniversary. Not the anniversary of when we began dating because that was only months ago, but the anniversary of when we first met on the streets of Nashville. I was on my way to an audition, and he was outside smoking before a sound check. It began as a flirtatious friendship, but developed into something more. It sounds silly to celebrate both dates, but that place will always hold a special place in each of our hearts.

“The paparazzi were sneaking around outside of the house again when I came home. So don’t forget to be careful when you’re out on the balcony. Do you— ”

“Ah, ha.” He holds up two brown high-heeled sandals and presents them to me. “Are these the shoes you want to wear?”

I give a slight squeal before grabbing them and throwing my arms around him. “Thank you, thank you, and thank you. These are gonna look perfect with my new white dress.”

“You owe me one.” He gives me a devilish smirk and grabs the shoes from my hand. They fly through the air before landing on the floor beside my bags. “And seeing that we will be apart for the next four days, I really think I should cash in that favor.”

“Oh, really now?” I press my body up to his, making him back up until he hits the wall.

Wasting time, it’s an inside joke of ours. We don’t waste time for the hell of it, we waste time together. Him and I. He grabs my chin, and we lock eyes. He’s beautiful, irresistible, and finally mine. After wasting my whole life dating scumbag jerks, I now have something even better. A great guy.

“Waste away,” I whisper onto this smooth skin as I trail kisses down his neck. 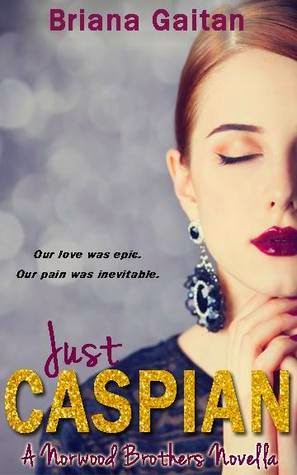 
Book One:  The Last Thing 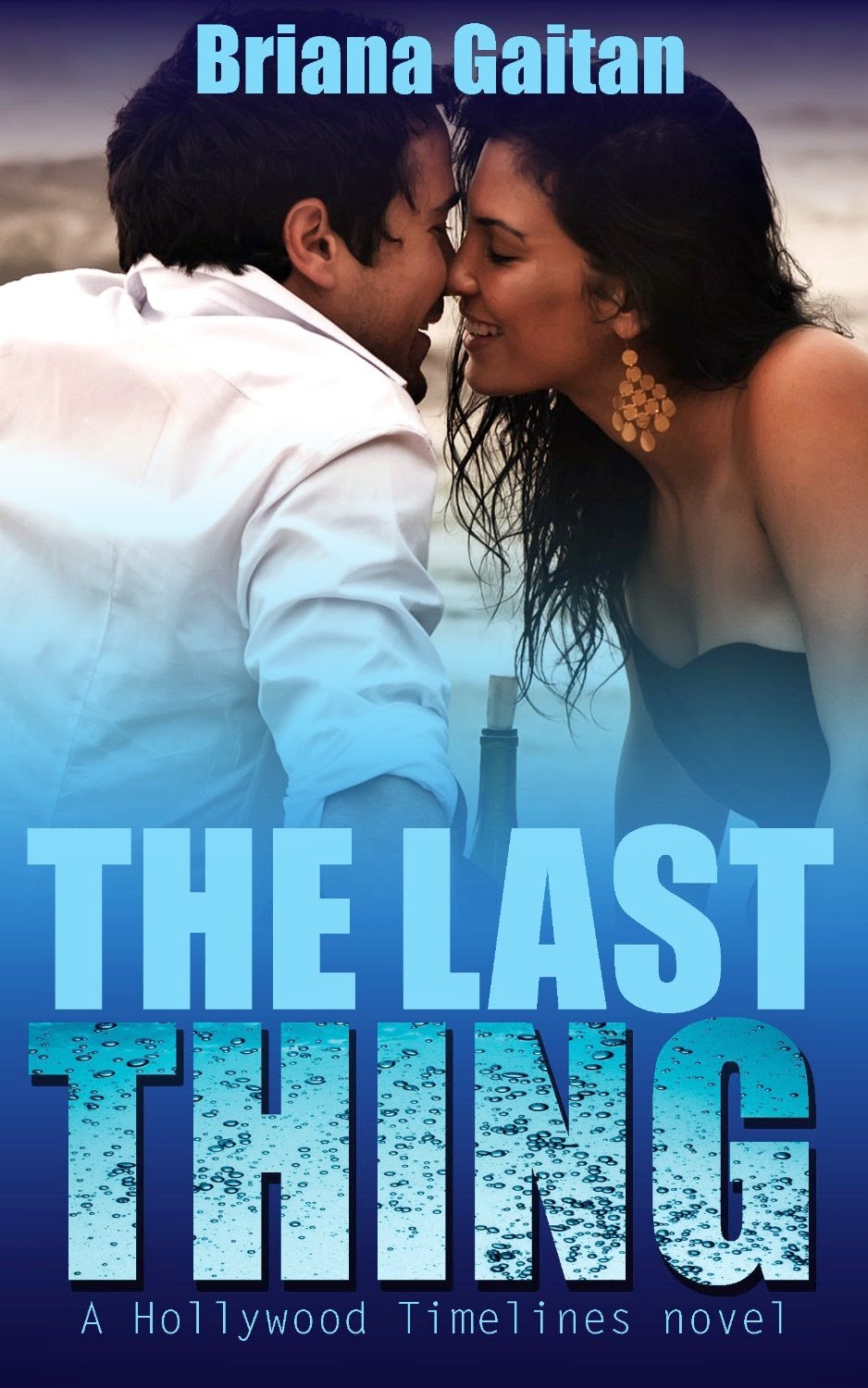 Book Two: The One Thing 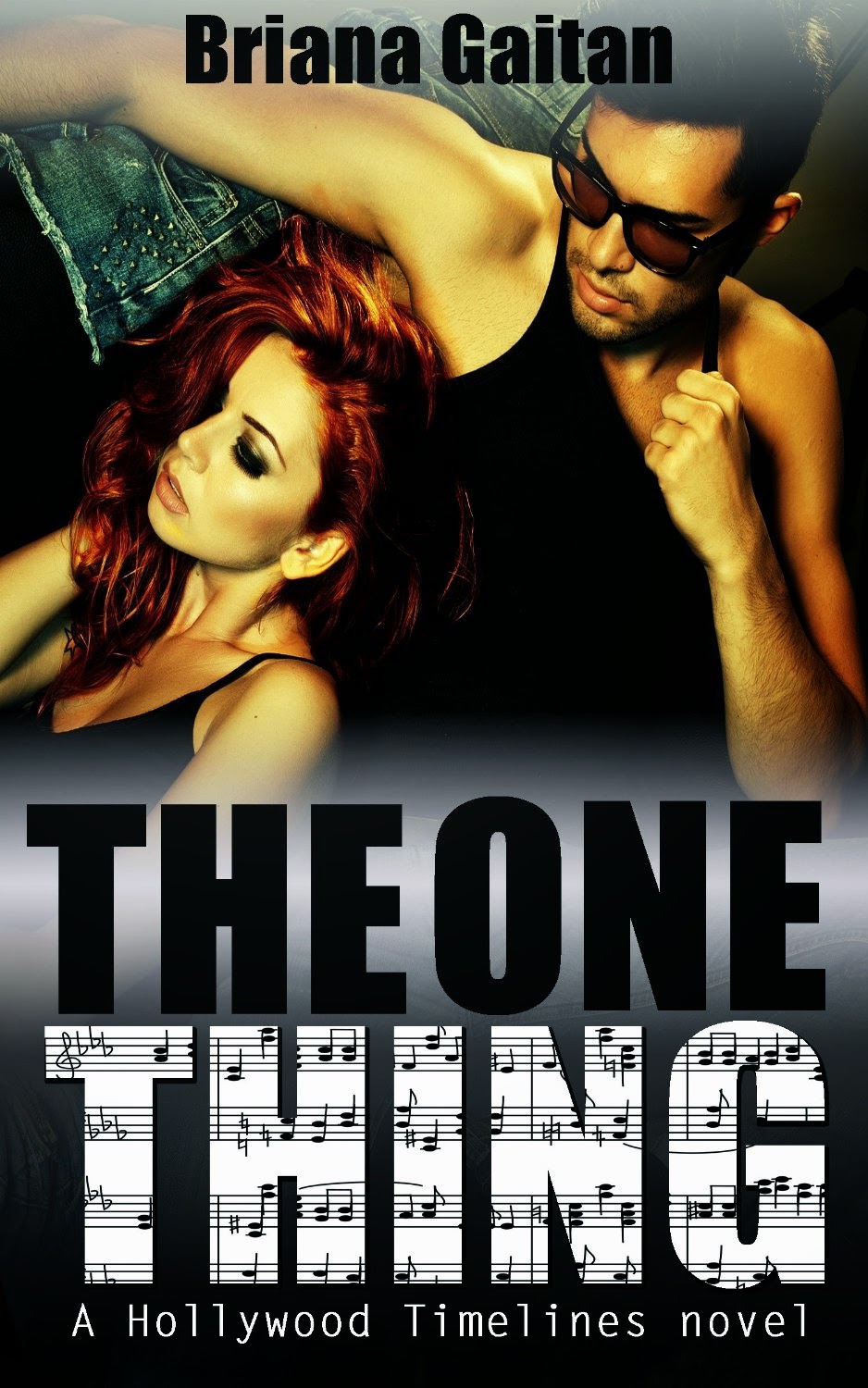 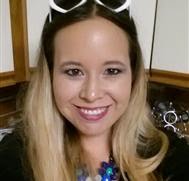 Briana Gaitan is the bestselling author of the Hollywood Timelines series (The Last Thing and The One Thing) and coauthor of the Ethereal Underground series.

Briana is a southern native and self proclaimed geek. She has never wanted anything but to create whether it be composing music, decorating her house, or giving voices to the characters inside her head.Her days are spent obsessing over a good read, raising her three kids, and watching anything on the SyFy channel. Through her writing, she hopes to inspire others to believe in the impossible.

Click here to join Briana's Street Team to help spread the word about her books!