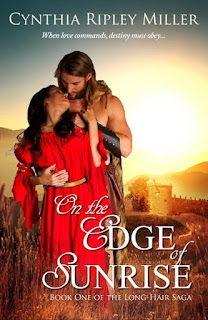 When love commands, destiny must obey.

The year is AD 450. The Roman Empire wanes as the Medieval Age awakens. Attila the Hun and his horde conquer their way across Europe into Gaul. Caught between Rome’s tottering empire and Attila’s threat are the Frankish tribes and their ‘Long-Hair’ chiefs, northern pagans in a Roman Christian world, and a people history will call the Merovingians.

A young widow, Arria longs for a purpose and a challenge. She is as well versed in politics and diplomacy as any man … but with special skills of her own. The Emperor Valentinian, determined to gain allies to help stop the Huns, sends a remarkable envoy, a woman, to the Assembly of Warriors in Gaul. Arria will persuade the Franks to stand with Rome against Attila.

When barbarian raiders abduct Arria, the Frank blue-eyed warrior, Garic, rescues her. Alarmed by the instant and passionate attraction she feels, Arria is torn between duty and desire. Her arranged betrothal to the ambitious tribune, Drusus, her secret enlistment by Valentinian as a courier to Attila the Hun, and a mysterious riddle—threaten their love and propel them into adventure, intrigue, and Attila’s camp. Rebels in a falling empire, Arria and Garic must find the strength to defy tradition and possess the love prophesied as their destiny.

"From cover to cover a gripping read – in all senses of the word! Grips your interest and imagination, your held breath and your pounding heart! A thumping good novel!” - Helen Hollick, USA Today bestselling author & Managing Editor Historical Novel Society Indie Reviews

"AD 450. The Roman Empire is breaking apart, and Attila the Hun has his sights set on conquering Gaul. … The love story between Garic and Arria is set against a background of fierce battles, intrigue, jealousy and betrayal. … The story weaves, twists and turns at a tremendous pace, and the characters leap off the pages, which simply keep on turning. This is the author’s debut novel, the first in her ‘Long Hair’ series. I look forward to reading more in due course. Recommended. - Marilyn Sherlock, Historical Novel Society, HNR Issue 74 (November 2015)

"On the Edge of Sunrise is a compelling epic, sure to appeal to fans of historical fiction. Forbidden love, a turbulent time period, and world-changing events combine to produce a real page-turner.” - India Edghill, author of Queenmaker, Wisdom’s Daughter, and Delilah

"On the Edge of Sunrise is a passionate and intriguing take on the often overlooked clash of three brutal and powerful empires: the Romans, Franks, and Huns. A Compelling read!” - Stephanie Thornton, author of The Secret History and The Tiger Queens 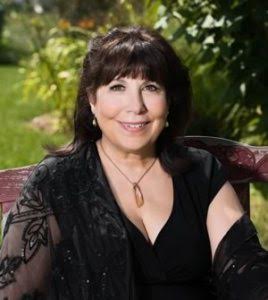 Cynthia Ripley Miller is the author of On the Edge of Sunrise, the first novel in the Long-Hair Saga, a series set in late ancient Rome and France, and a Chanticleer International Chatelaine Award finalist.

She has lived and travelled in Europe, Africa, North America and the Caribbean, taught history and currently teaches English. Her short stories have appeared in the anthology Summer Tapestry, The Scriptor, and at Orchard Press Mysteries.com.

Cynthia blogs at Historical Happenings and Oddities: A Distant Focus and on her website, http://www.cynthiaripleymiller.com.

She lives with her husband and their cat, Romulus, and German Shepherd, Jessie, in a suburb of Chicago.

Book Two: The Quest for the Crown of Thorns will be published in October of 2016.

Thursday, September 29
Spotlight at Queen of All She Reads

Friday, September 30
Review at Oh, For the Hook of a Book!

Monday, October 3
Interview at Oh, For the Hook of a Book!

Monday, October 10
Tour Wrap Up at Passages to the Past

To win a copy of On the Edge of Sunrise eBook or Paperback, please enter via the Gleam form below.
Two copies of each are up for grabs!

– Giveaway ends at 11:59pm EST on October 21st. You must be 18 or older to enter.
– Giveaway is open Internationally. – Only one entry per household.
– All giveaway entrants agree to be honest and not cheat the systems; any suspect of fraud is decided    upon by blog/site owner and the sponsor, and entrants may be disqualified at our discretion.
– Winner has 48 hours to claim prize or new winner is chosen.


On the Edge of Sunrise