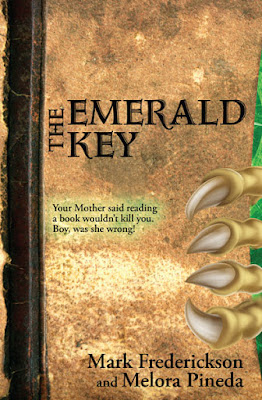 Penny and Laci are headed for a mundane summer vacation until a mysterious journal unlocks a portal to another world and they find themselves face to face with a baby dragon.

In an attempt to send their new acquisition back to its home, the girls, along with two neighborhood friends, get sucked through to a mythical world.

In this land, they must battle foes seen and unseen, pushing them to both their physical and mental limits. If they fail to stop the powers they’ve unleashed, it could not only destroy this strange world, but also annihilate their own.

Praise for The Emerald Key

“In The Emerald Key, authors Mark Frederickson and Melora Pineda take readers on a fast-paced journey sure to enthrall not only middle-grade readers but their parents, as well. Laci and Penny will appeal to anyone looking for strong, resourceful female characters and the side characters are well-developed and hilarious, too (my favorite might be Buzz!).” - Author Julie Gardner

“If you like fantasy and want adventure, this book is for you! It is entertaining for adults as well as middle-grade students…Just when you think there's nothing new anyone could offer in a fantasy, these two authors prove you wrong. They have created a very believable new world fraught with danger and excitement at every turn. I couldn't put it down.” - Dani B

“I love the vivid characters and the way you can picture all the action…I would recommend this book for any age and it is a book that grandparents can buy for their grand kids and know that it is an exciting story and a safe read.” - Amazon Customer

“A real page turner, loved it. This book is funny and an adventure story for both young and old readers. I'm looking forward to the next book!” - MJP

Hallvard was gallantly dueling the taller pirate, while Ethan and Buzz were hitting the short smelly one with a stick and throwing dirt into his face.

Ethan hauled off with all his might and swatted the pirate in the head, knocking him down. The rotund pirate tried to get back up and grab his sword, but stumbled and fell just as Buzz hit him in the face with a giant dirt clod.

Buzz grabbed the sword, but the weight of it caused him to fall over. Ethan took it away before Buzz hurt himself.

“It’s clear; let’s go,” Penny said to Verge and Laci. As they exited the woodshed, running for the top of the knoll, Penny motioned for Ethan and Buzz to follow. They sprinted up the hill, with the smelly pirate in pursuit. 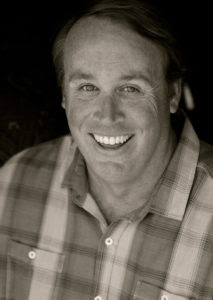 Mark was born and raised in Southern California. He graduated UC Santa Barbara with a degree in film and has worked in the film industry for years. He has written several screenplays and had a show optioned by MTV.

Mark lives in Los Angeles with his wife Rebecca and his daughter Sara. This is his first novel, and hopefully not his last. 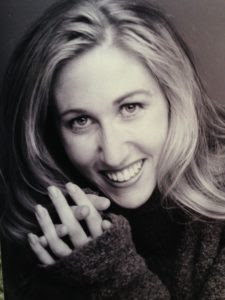 After Melora graduated from the UCLA School of Theater, Film and Television, she worked in the television industry for several years before becoming a library volunteer at her daughters’ school.

Melora's passion for both reading and entertainment inspired her to write. This is her first novel.

She currently lives in the Los Angeles area with her husband, daughter, and a pet bunny and a fish. Oh…never mind, the fish died.
Facebook * Twitter


a Rafflecopter giveaway
Posted by Maria at Wednesday, September 14, 2016