Virtual Tour & #Giveaway for The 48-Hour Hookup by Sarah Balance

Welcome to my stop on the Virtual Tour, presented by IndieSage PR, for The 48-Hour Hookup by Sarah Balance.  Please leave a comment or question for Sarah to let her know you stopped by.  You may enter her tour wide giveaway by filling out the Rafflecopter form below.  Good Luck! 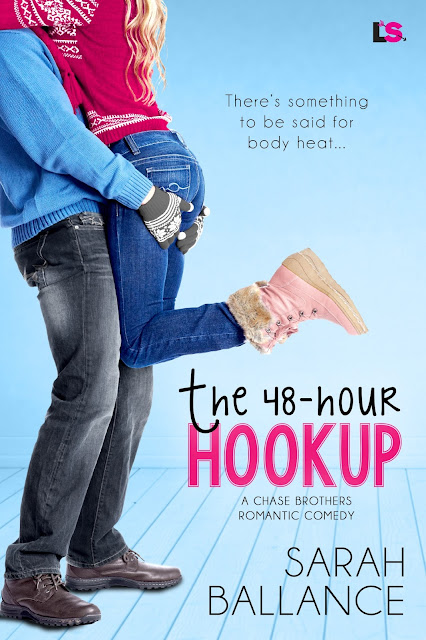 Who knew a sweaty photo would be good for business?

Now unwanted booty calls are coming in as fast as work orders, and Liam Chase needs to get away.

Cue a job upstate. His new client is hot as hell, but he left NYC to escape attention, not to hook up with the city’s “Runaway Bride”.

But when she accidentally fells a tree on his truck, leaving them stranded in a winter storm with a chocolate-snatching raccoon, there’s something to be said for body heat.

Too bad neither can trust their explosive chemistry…

Each book in the Chase Brothers series is a standalone, full-length story that can be enjoyed out of order.

Series Order: Book #1 Five Things I Love About You Book
#2 For Seven Nights Only Book
#3 The Three Week Arrangement
Book #4 The 48-Hour Hookup

Liam voiced a string of profanity that would have made Sawyer proud. Raccoons were supposed to be cute and friendly. This fat, mangy, fanged thing with the crazy eyes hadn’t gotten that particular memo. “Do you have a broom?” he asked Claire.

“Yep. Right in that pantry beside the raccoon.” After a few more choice words, he asked, “Do you know how he got in?”

She edged to stand beside him, staying close. “If I knew of an opening for something that big to get in, don’t you think I would had done something about it? Besides, I think they can open doors.”

“Locked doors?” The woman was from New York City, where all things needed to remain locked at all times. Otherwise, even the shit that was nailed down would walk away.

“Why would the door be locked?”

He shot her a sideways look that backfired. Instead of getting his are you kidding me message across, he found himself drowning in an endless sea of blue.

He would have been content to drift there if not for the raccoon’s nasty hissing, so astutely fierce that it almost sounded like a joke. But Liam knew a raccoon could tear a person up. One thing he hadn’t rescued from his truck was a first aid kit, and along with his intention of keeping his appendages to himself, he wanted them intact. Which meant not sharing space with wild, angry animals. “Maybe you could lock it to keep raccoons out. I don’t know…that might be a start.”

She glared. “Because I absolutely expected this to happen.” The raccoon stared, less defensive now, then oh-so-epically-casually climbed first to a stool, and then to the counter, then ripped into a candy bar that had been lying there.

“Do you see that?” Claire said, edging to stand beside him. “He’s sitting there on his haunches looking me in the eye while he eats my chocolate.”

“The door isn’t open,” Liam said, trying damned hard not to sound amused. “Do they open and close doors? Is this the politest raccoon of all time?”

“No, I don’t think he is,” she said, turning toward Liam to give him an indignant stare. “Because as I previously mentioned, he’s staring right at me as he steals my food.”

Liam was sorely lacking in a smartass reply, probably because when she’d looked at him, her face tipped toward up his, he didn’t see the annoyance. He saw a delectably expressive mouth, and he wanted to taste it.

Probably as much as she wanted her chocolate.

LOOKING TO BE LOVE STRUCK? DON'T MISS THE OTHER BOOKS IN THE CHASE BROTHERS SERIES BY USA TODAY BESTSELLING AUTHOR SARAH BALLANCE! 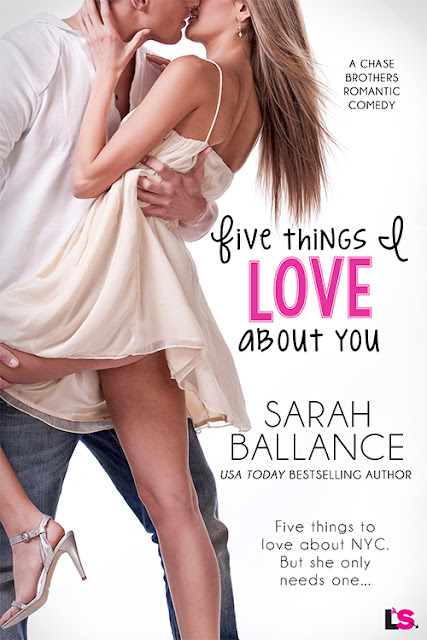 California landscape artist Estelle Donovan hates big cities. Between the grime, the smell, all the drab concrete, and the suffocating summer heat, how can anyone breathe? Housesitting her brother's New York apartment, complete with broken elevator and smoking air conditioner, is her kind of hell. It's only for two weeks, though. What could possibly go wrong?

Dumping a jar of pickles on the hot girl at the grocery store wasn't Crosby Chase's finest hour, nor was getting bitten in the butt by the demonic cat on her fire escape. But he is going to change her mind about his beloved city, damn it. In fact, if they could just make it five minutes without falling into bed, he bets Estelle he can find five things she'll love about New York.

Falling in love wasn't part of his plan. And with an entire country between them, Crosby realizes he doesn't need five reasons to make Estelle love New York.

He needs one big reason to make her stay... 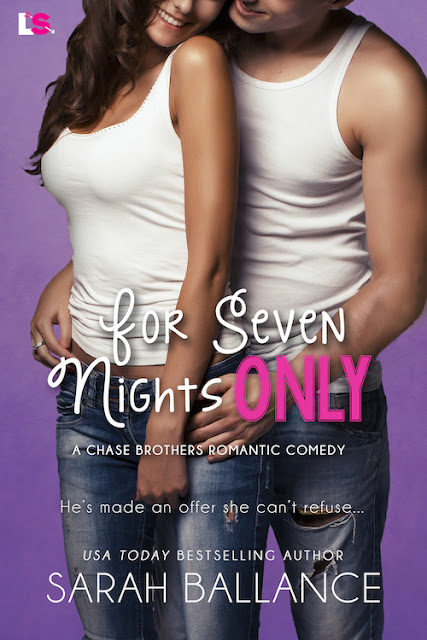 Kelsie Reed is over bad luck and bad men. Newly dumped, she’s now the pathetically single maid of honor in her sister's wedding—and her ex is the best man. Her bad luck continues when a plumbing meltdown in her apartment sends her sexy neighbor running to her rescue. He’s got "serial dater" written all over him, which is unfortunate because the man is hot.

Sawyer Chase loves women, but settling down? He’ll leave that to his brothers. But when Kelsie confesses she’s a dating disaster and is about to become the laughing stock of her family wedding, Sawyer takes control. He's got one week to teach her how to land the man of her dreams, and he’ll do it on her terms: no touching, no kissing, and definitely nothing more.

But some rules need to be broken, especially when, for once, there’s something on the line worth fighting for… 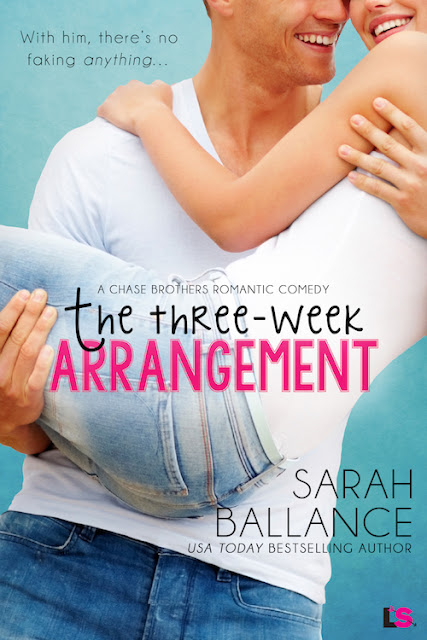 Ethan Chase isn't interested in dating. After losing the woman he loved more than life itself, he'd much rather ride solo, but his family is dead set on fixing him up. To get them off his back, he hooks up with ultra-adventurous, ultra-temporary adventure photographer, Rue Campbell. All he has to do is survive three weeks in her orbit and he'll be single again, only without the pitying looks and pressure to move on.

Rue is literally counting the days until her plane leaves New York City. The last thing she wants is a relationship, but being Ethan's pretend girlfriend can't hurt, right? Wrong. With Ethan, there's no faking anything—in or out of the bedroom. With the sheets burning hot and the clock ticking on their arrangement, Rue realizes she's falling for a man guaranteed to derail her goals...and break her heart. 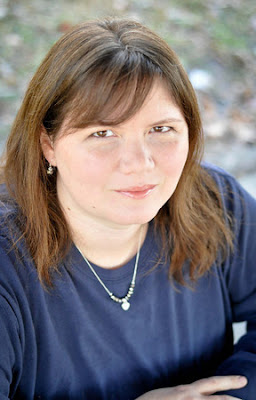 Sarah and her husband of what he calls “many long, long years” live on the mid-Atlantic coast with their six young children, all of whom are perfectly adorable when they’re asleep. She never dreamed of becoming an author, but as a homeschooling mom, she often jokes she writes fiction because if she wants anyone to listen to her, she has to make them up. As it turns out, her characters aren’t much better than the kids, but nevertheless, you’ll find her writing sexy contemporary romance for Entangled Publishing until they throw her out. To learn more, visit http://sarahballance.com. 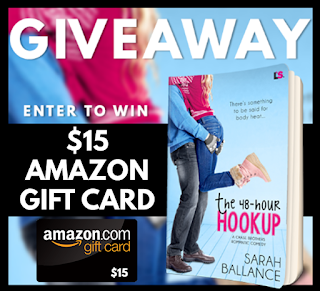