SHOPPING FOR AN HEIR by Julia Kent is available now! You do not want to miss getting your hands on Gerald and Suzanne's second chance romance today. Plus - SHOPPING FOR A BILLIONAIRE'S WIFE is on sale for .99c for a limited time! Find out more below, and enter to win a Kindle Fire! 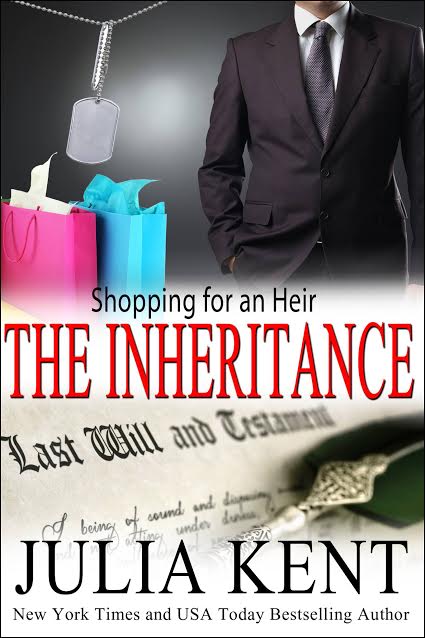 About SHOPPING FOR AN HEIR

Gerald Wright works for billionaires. He never imagined he’d become one. The former Navy Seal is a chauffeur by day, artist by night, so when hotter-than-ever ex-fiancée Suzanne Dayton interrupts his nude model sculpting class to serve him with inheritance paperwork from a man he’s never heard of, he assumes it’s a joke. Turns out the joke’s on him. There’s just one catch. A big one. And it might be Suzanne — in more ways than he ever dreamed.


Add SHOPPING FOR AN HEIR to Goodreads here!

Get your hands on SHOPPING FOR AN HEIR now:
Amazon | Barnes and Noble | iBooks | Kobo | Google Play

SHOPPING FOR A BILLIONAIRE'S WIFE is on sale right now for just .99c - make sure you grab it for this low price while you can!

Read a Sneak Peek of
SHOPPING FOR AN HEIR:

A flash of movement under a streetlight in the distance, at the nearest light, caught Gerald’s eye.

Sprinting, he left Declan befuddled, calling out his name, until the light changed and he watched as Suzanne marched forward with that confident walk of hers, shoulders squared as if she were still in morning formation and wore a uniform, wiping her mouth with a tissue and muttering to herself. He knew how the curve of her spine felt under his palms when she stood like that, the supple feel of the paradox between soft skin and hard bone a delightful feast for his fingers.

“Wait!” he called out, unsure and unbidden, moving on pure instinct. He needed to touch her. Would die without making that single, simple connection. Not just in an intimate sense. The need was more than that.

Suzanne got to the curb and stopped. She did not turn around, her body poised, waiting.

As his palms touched her elbows, her arms at her side, he inhaled with precision, measuring her.

She did not move.

“Suzanne,” he murmured, chin close to a stray hair that curled out from her updo, resting against the fine, creamy line of her neck. With longer hair, the sharp, jutting bones of her jaw stood out, giving her the look of a Viking princess. In heels, she was exactly his height, setting him off-kilter. He wasn’t a short man. In fatigues she was always four to five inches shorter. In service dress, her shoes gave her a two-inch lift.

He liked being equal. Liked it a lot.

“Please,” she whispered, the word spiraling off into the dark night, as if the street lights beyond them were pulling her voice to them.

Taking her reaction as something other than rejection, he left his hands where they were, closing the inch gap between them. She was cool and regal, his hot, thick chest pressing into her back.

“Please what?” he asked, knowing this could go either way, but not caring, because right now— as each second ticked by— he had more internal calm than he’d had in ten years.

Even as desire burned bright inside him.

“Don’t what?” Tempted to step back, he held strong. Her please carried a weight to it, a meaning he needed to discern before acting. All impulse and no analysis would end this in a flash. Time was his friend. Patience.

He had to go against instinct.

“Don’t start something you don’t intend to finish.” 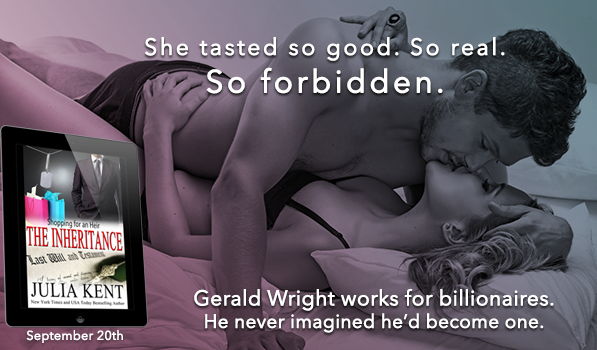 Enter to win a Kindle Fire from Julia Kent via the Rafflecopter below! 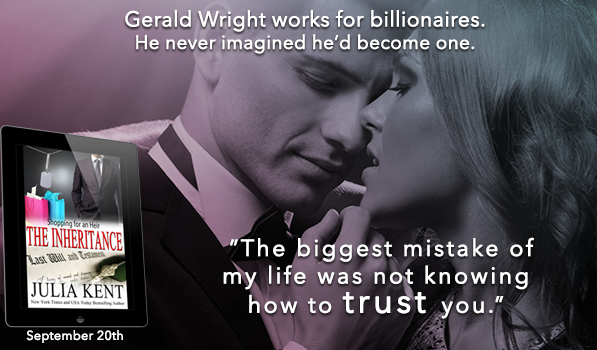 New York Times and USA Today Bestselling Author Julia Kent writes romantic comedy with an edge, and new adult books that push contemporary boundaries. From billionaires to BBWs to rock stars, Julia finds a sensual, goofy joy in every book she writes, but unlike Trevor from Random Acts of Crazy, she has never kissed a chicken.