Welcome to my stop on the Book Blast, presented by I Am a Reader, for Rachel Laine by Jennifer Peel.  Please leave a comment or question for Jennifer to let her know you stopped by.  You may enter the tour wide giveaway by filling out the Rafflecopter form below.  Good Luck! 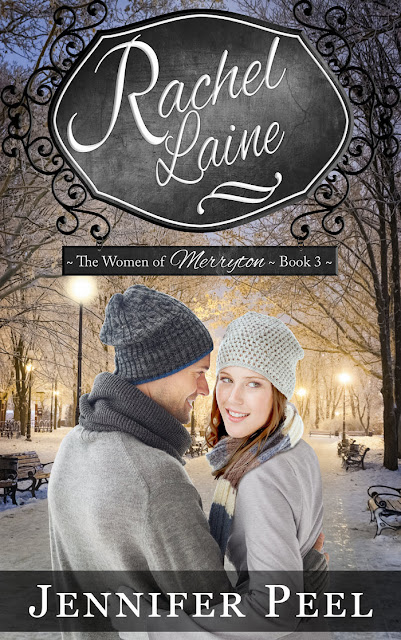 Rachel Laine (The Women of Merryton #3) by Jennifer Peel

Rachel Whitney’s life changed forever when Drew, the son of her twin sister, Sydney, was placed in her arms—and there he stayed. At twenty-two, she had no idea what she was doing, but in that moment, she knew that raising Drew was what she was meant to do with her life.
​
Fiercely independent, Rachel makes her own way managing her family’s insurance agency. Decidedly against introducing any men into her life, or Drew’s, she protects her heart against all romantic entanglements. But what she didn’t count on was a letter from her sister that leads a famous secret to her door eight years after her sister’s death. A secret with the same eyes as her son’s.
​
Desperate not to get the courts involved, Rachel allows Drew’s previously unknown father, Andrew Turner, into their lives, and to her surprise, little by little into her heart. But for Rachel, taking that step could open her family to a firestorm of media attention that not even Merryton can protect them from. Is love worth the risk? Or will Andrew’s fame and ambition ruin their chances?

I was deep in thought about the Andrew predicament when my phone went off. I shook my head and picked it up. It was a text from Andrew.

Tell Drew to watch the Spartans pitcher. He throws a good 4-seam fastball.

I relayed the message to Drew. He was already glued to the TV anyway.

“Hey, Mom, did you know that there are different ways to hold a baseball when you throw it?”

He turned his attention away from the flat screen for a second. “He’s awesome.”

I sighed and got another text. Did Drew see that pitch?

“That’s the pitch Andrew was talking about,” Drew exclaimed.

Yep, I texted back.

He texted a few more times about different things Drew should pay attention to, like the way the pitcher had to look for those trying to steal the base, or how he always needed to be ready to catch or field the ball if it was hit.

Aren’t you supposed to be watching the game? I texted back after several messages.

I’m so talented that I can do both.

How does your head fit inside your hat?

I’m not wearing one tonight.

Since we’re talking about my big head, watch for my interview with tonight’s commentators. It should play during one of the breaks.

I saw your DVR. Put it to good use.

I didn’t respond. He was really getting on my nerves. I thought since he was gone I wouldn’t have to deal with him, but he was like a fly buzzing around, annoying me. And every time I tried to swat him away, he only became more persistent.

See what I mean?

Don’t take this the wrong way, but I think you’re beautiful when you’re annoyed.

You’re the best. Tell Drew goodnight for me. 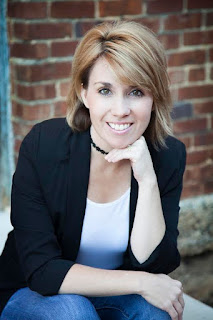 Jennifer Peel is the mother of three amazing kiddos. Wife to her one and only for the past twenty-one years. Lover of late night talks, beach vacations, the mountains, pink bubble gum ice cream, tours of model homes, and southern living. She can frequently be found with her laptop on, fingers typing away, indulging in chocolate milk, and writing out the stories that are constantly swirling through her head.

a Rafflecopter giveaway
Posted by Maria at Wednesday, July 13, 2016