Welcome to my stop on the Release Day Blitz, presented by Bewitching Book Tours, for Witch of the Cards by Catherine Stine.  Please leave a comment or question for her to let her know you stopped by.  You may enter her tour wide giveaway by filling out the Rafflecopter form below. 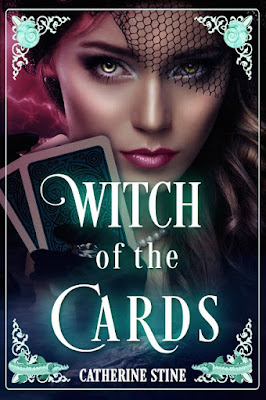 Witch of the Cards
Catherine Stine

Fiera was born a sea witch with no inkling of her power. And now it might be too late.

Witch of the Cards is historical, supernatural romantic suspense set in 1932 on the Jersey shore. Twenty-two year-old Fiera has recently left the Brooklyn orphanage where she was raised, and works in Manhattan as a nanny. She gets a lucky break when her boss pays for her short vacation in Asbury Park. One evening, Fiera and her new friend Dulcie wander down the boardwalk and into Peter Dune’s Tarot & Séance, where they attend a card reading.

Fiera has always had an unsettling ability to know things before they happen and sense people’s hidden agendas. She longs to either find out the origin of her powers or else banish them because as is, they make her feel crazy. When, during the reading, her energies somehow bond with Peter Dune’s and form an undeniable ethereal force, a chain of revelations and dangerous events begin to unspool. For one, Fiera finds out she is a witch from a powerful sea clan, but that someone is out to stop her blossoming power forever. And though she is falling in love with Peter, he also has a secret side. He’s no card reader, but a private detective working to expose mediums. Despite this terrible betrayal, Fiera must make the choice to save Peter from a tragic Morro Cruise boat fire, or let him perish with his fellow investigators.

Told in alternating viewpoints, we hear Fiera and Peter each struggle against their deep attraction. Secrets, lies, even murder, lace this dark fantasy. 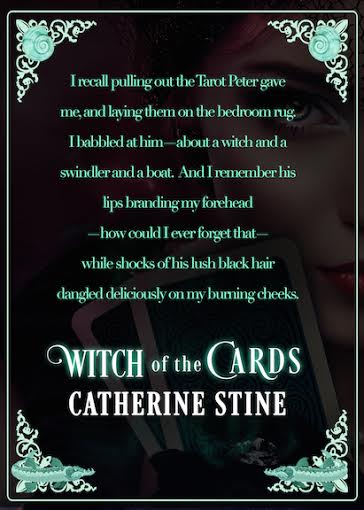 The absinthe put me in a dreamy state. Added to the mix was the sensual comfort of sitting next to Peter, who served as a buffer between Alyse and me.

Somewhere in the room, a chorus of faint voices floated around, high and sweet. Or was the sound merely in my head? How could it be? Peter asked me a question, but it took three repetitions for me to understand him over the low-slung jazz notes infused with the chorus of invisible soprano cherubs singing at me.

“Have you always had a talent for the unseen?” I heard him ask.

“Whatever do you mean? It was you who saw things that weren’t there.” I had to right myself because I found myself swooning so much I nearly fell into Peter’s lap.

“Little old me?” I giggled.

“Yes, you,” Alyse agreed. “I was there, too. You have some strange talent. Can you describe how it works? You must be aware of it.”

Everything was turning light and frothy like a magical cake icing. The barkeep was chatting up the fellows at his counter, the card players exhaled in cheery gusts of laughter, and the waitresses flounced around like so many sunny meadow flowers. I didn’t see the harm. “I do sense things. Always have.”

“What kind of things?” Peter and Alyse asked in tandem. Their unexpected accord matched the soprano voices singing harmoniously in and around my head.

I giggled again. “Do you hear them?”

“Hear what?” Peter looked around, spooked.

Alyse’s brows creased. “What are they saying?”

“They’re singing.” But the entire mood of the room had changed in an instant. Their radiant energy soured. The children of the ether weren’t singing any more. They were starting to weep, over something very sad.

How did I know this? No idea. A hard frost shot through my bones. I took a big gulp of the absinthe. Perhaps it would block out the voices, the wailing of innocents.

“What is it?” Peter took my hand. His concerned touch cut through the horrible, chilling ache and melted me. “What’s the matter, Fiera?” His face paled, and right then, I knew he heard them too. “They’re crying, aren’t they?” he whispered in my ear, tickling my soft lobe. “Crying over you.”

“Yes.” I leaned on him, letting the voices cry for me.

We hugged and I swear I felt his sudden, hot tears melt through the shoulder fabric of my dress. It was infinitely sad, infinitely tender.

The invisible cherubs whirring inside my head took translucent form and slipped out of me. They soared around the room like hardscrabble angels, flitting past Dulcie as she danced; sliding, their soft baby feet gliding over the long bar counter, and right through the man with the hookah. He glanced up for a moment as if he, too, felt the supernatural breeze. Then he bowed his head back down and took a pensive draw on his smoking device. Eyes closed, I saw green paisleys and floating leaves, the rushing of a cold stream bubbling under me, which filled me with terror. I came to with a gasp.

“What is it?” Alyse asked. How could I tell her of this suffering, shot through with spectacular floating objects, and my strange, sudden affinity with Mr. Dune?

“I see children weeping,” I admitted. “They’ve been hurt.”

“How?” Her voice grew anxious.

I silently asked them. “They’re babies. They can’t say.”

When I looked over at Peter, it was obvious he was in the same deep trance he’d been in when we first met. His eyes were glazed as if whatever he was experiencing was far from this basement speakeasy. “What is it? What do you see?” I whispered.

“Snap out of it, Mr. Dune.” Alyse gave him a stern shaking. “You’ve had too much absinthe.”

“It’s a vision. Of something real from long ago.”

“As long ago as there is a long ago.” I sounded ridiculous. Alyse Bone was right. The absinthe was crazy making. Or was it the taffy? I leaned into Peter’s limp shoulder, reached over and shook him, too, but with more patience than Alyse had.

His eyes fluttered open, and he gazed at me with that same calm as when he awoke after the séance. As before, his expression was clear of emotion, blissfully unaware of what he’d whispered to me minutes ago.

“Well, there you are,” he slurred. “You look positively ravishing. Dance?”

“You two really drank the coffin varnish.” Alyse gave an unbecoming snort as she rose and drifted away.

Perhaps I was too far-gone, but I didn’t care. Peter and I danced and danced. The speakeasy filled with the overflow from the convention hall dance—young lovers, bootleggers with wide ties and cigars, older women with twinkling earrings and heavy bosoms, even a prostitute or two.

They wore too much rouge and sat brazenly up at the bar with the gin rummies.

This time, I couldn’t say whether I stepped on Mr. Dune’s polished wingtips. He probably couldn’t be sure if he knocked his bony legs into mine. We had more nips of absinthe, and I wolfed down another green-swirl taffy. Before I knew it, I was leaning provocatively against Peter and laughing like a wild banshee.

I remember gaping up at him to see his black hair all disheveled and him indistinctly mumbling. And thinking that he was the most gorgeous human being I’d ever seen. I remember Peter and I howling at the crescent moon over the ocean, and the shocked sideways glance of the hotel proprietor as we stumbled in.

I recall pulling out the Tarot, and laying them out on my rug. I recall babbling at him—about a witch and a swindler and a boat. I can still picture his expression of shocked surprise.

And I remember Peter’s lips branding my forehead—how could I ever forget that—while shocks of his lush black hair dangled deliciously on my burning cheeks. The last thing I recall before things went dark was kicking off my shoes. 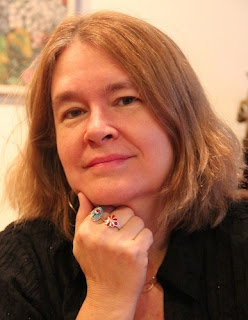 Catherine Stine’s novels span the range from futuristic to supernatural to contemporary. Her YA sci-fi thrillers Fireseed One and Ruby’s Fire are Amazon bestsellers and indie award winners. Her YA, Dorianna won Best Horror Book in the Kindle Hub Awards. Heart in a Box, her contemporary YA was an Amazon Hot New Release in Teen and Alternative Family for over eight weeks. She also writes romance as Kitsy Clare. Her Art of Love series includes Model Position and Private Internship. Book three, Girl and the Gamer, launches this summer. She suspects her love of dark fantasy came from her father reading Edgar Allen Poe to her as a child, and her love of contemporary fiction comes from being a jubilant realist. To unwind she loves to watch “bad” reality TV and travel to offbeat places. 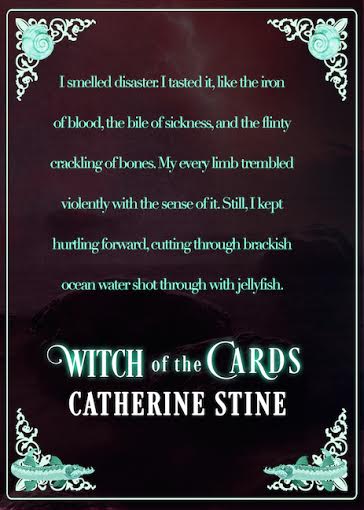 a Rafflecopter giveaway
Posted by Maria at Wednesday, March 16, 2016