Book Blast for Between Good and Evil by R. Michael Phillips 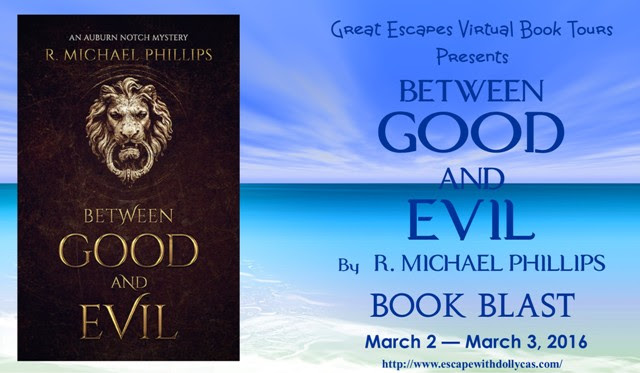 Welcome to my stop on the Book Blast for Between Good and Evil by R. Michael Phillips.  Please leave a comment or question for R. Michael to let him know you stopped by.

The Back Story
R. Michael Phillips, author of Between Good And Evil
No matter what the situation your protagonist finds themselves in on the opening page of your new novel, you can be sure they had a past, and that past has brought them to that moment in time. To me, the backstory is the most intricate part of a character. It’s what gives our characters dimension. It can also bog down a story, derailing your momentum, if not handled correctly. Too much at once can muddy the waters. You’ll do nothing more than create a struggle to find relevance, while the key aspect of the past gets lost amongst the plethora of idle facts. Restraint is the rule of thumb here. Handled right, the backstory should be a tertiary plotline, peppering in details along the way, keeping the story moving forward.

I’ve started a new series with a strong-willed female protagonist—Sheriff Promise Flynn. Because this is a new character, not only do I have to construct the story, but I also have to invent her past. The story this first novel explores will be complete in every fashion, save for a few questions in the backstory that will not be fully explained. The omission of these aspects of Promise’s past is done intentionally. The backstory will need to follow Promise from story to story. Certain aspects of her past will make sense for one story, but be completely irrelevant to another. Like a warning label on a medicine bottle—Use only as needed.

To some extent the backstory is a living document, growing in detail as the series continues. The basics—height, hair color, eyes, place of birth, previous work history, etc.—are the foundations of the character and need to remain consistent from story to story. You would think this would be easy, but even Conan-Doyle ran into a tiny issue with this when in one story he put Watson’s war injury on his leg and in another story it was on his arm.

Getting back to how to apply, the backstory can be inserted in a number of ways. To some extent this comes under the category of Show don’t Tell, a term we authors hear bandied about all the time. Small snippets of information used to explain or modify a character’s action is one. It hints at a previous situation without derailing the suspense.

For example: She took one step and stopped. The dull ache in her shoulder pulled her back, a painful reminder of the last time she followed a lead into an abandoned asylum alone.
You can also use a small block of information that leads directly into that moment in the story but also give the reader additional insight into the character’s past.

For example: There was freshness to the scent. An almost sweetness that lingered in the air long enough to cause her to take a deeper inhale to locate the source of the scent. She closed her eyes. A deeper inhale. It was familiar, but not welcome. The scent was fading, but not the memory. It was an image of a quieter time. There was sand, children laughing, water splashing. She put a hand to her cheek. She was back at the lake, the sun warm on her face. She took a quick breath. There was little more she cared to remember of that day, especially what the fresh scent of pine, drifting across the lake from the tree line beyond lead her to. But what was it doing here? It couldn’t be more out of place. She bent down, cautiously pulling back the canvas tarp.

You see, we get a glimpse of an incident in the character’s past but still leave a few unanswered questions for another time. It keeps the story on track. What happened back at the lake years before may not be relevant to the current story, only the scent and the memory it conjured up. The insertion here does its job to set the scene, then abruptly leaves. The author is free to expand on this incident in the character’s past when needed in future chapters or in a later story.

To wrap this up, keep a little mystery to the backstory. Reveal only what’s needed, when it’s needed, and make it count in the development of the story or your character.

Between Good And Evil by R. Michael Phillips 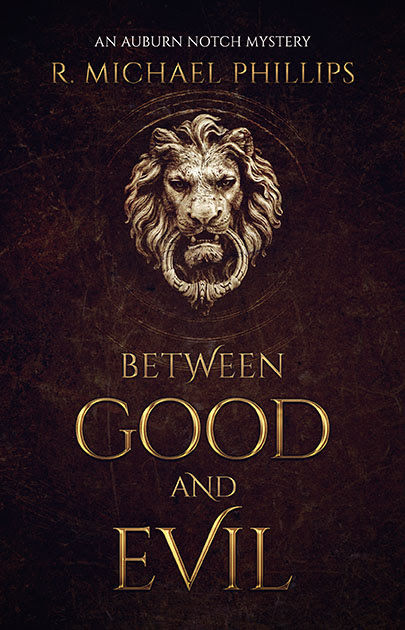 Years after the Willis Asylum closed, the secrets of its past lingered in its decaying halls as a reminder to the good people of Auburn Notch—when Evil closes a door, he also opens a window. Sheriff Promise Flynn was new to the town, and she was about to find out some windows should never be opened.

Promise Flynn is an overly impulsive Metro Detective whose disregard for procedure finally resulted in her being shot and left for dead during an investigation. To repair her bruised ego and splintered confidence she abandons the callous dark alleys of Chicago to patrol the quiet, birch-lined streets of Auburn Notch—a favorite vacation spot of her youth. For two years everything was idyllic, until the body of a young girl found in the abandoned asylum outside of town awakens the insecurities she thought her new life would insulate her from.

As the new Sheriff she begins her investigation refusing to accept the similarities between the young woman’s death and her own case, oblivious to being unexpectedly recognized and penciled in at the top of a clever murderer’s To-Do list. Her internal struggle intensifies when a discredited crime reporter from the past suspiciously arrives in town to resurrect his threadbare reputation, along with an FBI agent chasing down a lead in a cold case. Both men quickly become entangled in Flynn's investigation and her attempts to finally put her past to rest.

Flynn reluctantly accepts the murder of the young girl might be the work of the two men responsible for her hasty departure from Chicago, but Agent MacGregor insists the evidence points to a man he’s been chasing. As the rising current of her past threatens to pull her under, Flynn finds herself unprepared for option three. 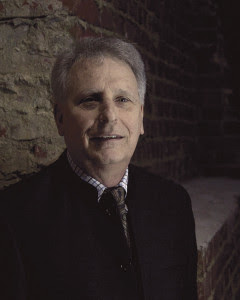 Michael is a classically trained artist turned mystery writer. By combining his creative talents with a passion for mysteries he conceived his first series—The Ernie Bisquets Mysteries

. It introduced Ernie Bisquets, a retired London pickpocket who decided he was going to assist the London police with their most difficult cases—whether they want his help or not. Michael has completed 3 books in the series, and has plans for at least five additional books.

Michael travels a bit, especially to Great Britain, but also has a fondness for New England. He spent many winters in the shadow of the White Mountains, skiing and enjoying the beautiful countryside. Those fond memories are the backdrop now for the new Auburn Notch Mysteries being published by Sunbury Press. The main character is Sheriff Promise Flynn—an ex-metro detective who left a dark past and her big-city detective shield behind and moved to a small New England town. What follows is anything but therapeutic.
When he’s not painting or writing Michael is an avid antique collector, filling his current home—an 1894 Queen Ann Victorian he, his wife, and son are restoring—with an assortment of antiques from around the world. Michael also enjoys cooking, working in the garden, and playing in the yard with their two rescues, Beau and Pup.

March 2
3 Partners in Shopping, Nana, Mommy, &, Sissy, Too!
Queen of All She Reads
Brooke Blogs
I Read What You Write
Mystery Thrillers and Romantic Suspense Reviews
Back Porchervations
March 3
Escape With Dollycas Into A Good Book
Paranormal and Romantic Suspense Reviews
Island Confidential
Community Bookstop
Readsalot
Nadaness In Motion
Posted by Maria at Wednesday, March 02, 2016