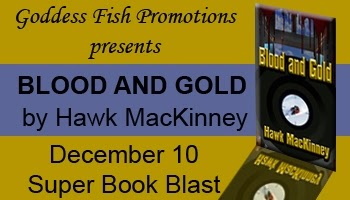 Join author Hawk MacKinney on his Super Book Blast for Blood and Gold, presented by Goddess Fish Promotions on December 10, 2013.  Please leave a comment or question to let Hawk know you stopped by.  Hawk will be awarding a $20 Amazon GC to a randomly drawn commenter during the tour.  Please be sure to leave your email address with your comment.  You can check out the rest of Hawk’s tour here, the more stops you visit, the better your odds of winning. 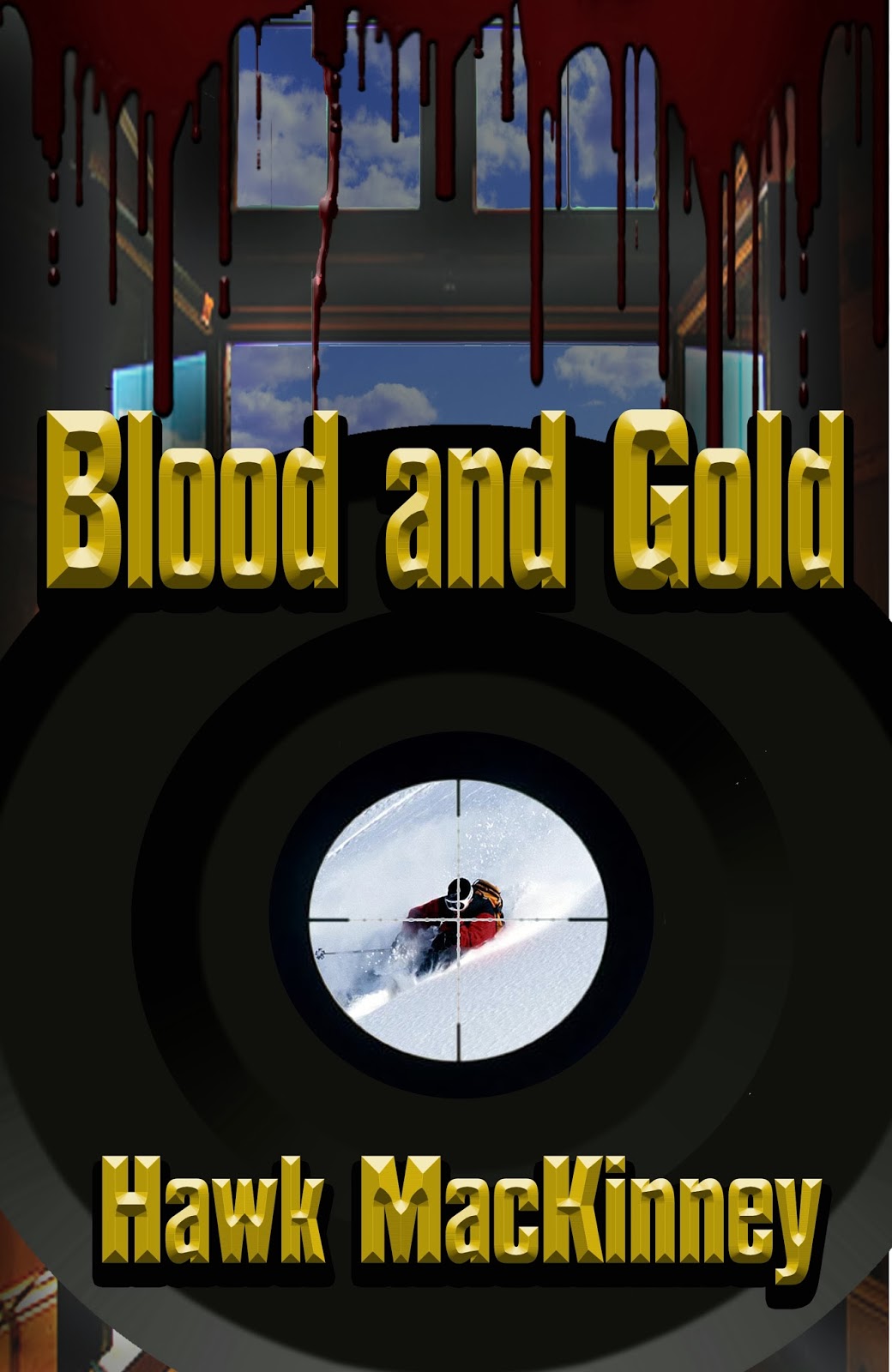 Lust, greed, body parts and unrestrained wild sex parties are what await Craige Ingram when he leaves the comforts of his South Carolina home to visit his former SEAL buddy, Detective Spinner Krespinak. Set in the Colorado underbelly of a sordid sable and faux glitz ski mecca, Detective Spinner Krespinak suspects drugs have made their way to the snowy playground that is Aspen. An Olympic ski hopeful is brutally murdered, Spinner vanishes, and Craige Ingram is shot as events spin out of control with a Catch-22 no one anticipates.

Wilhelm Hans “Ski” Janoski lived fast.  His reckless ice-blue wildfire eyes ready for any thrill…snow-covered mountain, sunny beach, his latest bedmate, or two or three.  So many bodies, so little time.  He pointed his ski pole up toward the high peaks they'd traversed, “That portion across the ridge drifted more than I thought.”
She licked his neck and ears; gave him a wicked purring simper.  Christy liked the fast lane; hunted any novel untried thrill…fast living…faster men.  She loved the wild streak in Ski…the wilder the better.  “It wouldn't have taken much for those cornices to break loose.”
“You knew those upper slopes were closed before we took those trails.”
“Sure I did.”  He coughed; spit.  “Why let virgin deep powder go to waste just because some college jock puts on a ski patrol parka; marks boundaries he don’t know shit about?  Not the kind of skiing this Olympic gold medalist likes.  Ski boundaries and groomed slopes are for weekender fat cats who sit by the fire; guzzle martinis and margaritas; fat-up on chips and guacamole dip.”  Peacock bluster...Ski Janoski’s trademark.  Guffed, “All their BS about avalanches…gimme a break!  Even a half-assed skier can outrun an avalanche.  Avalanches are nothing but big balls of snow.  “No mountain ever bested hot-dogger Janoski.” Ski howled his challenge at Mother Nature.  “…no mountain ever will!” 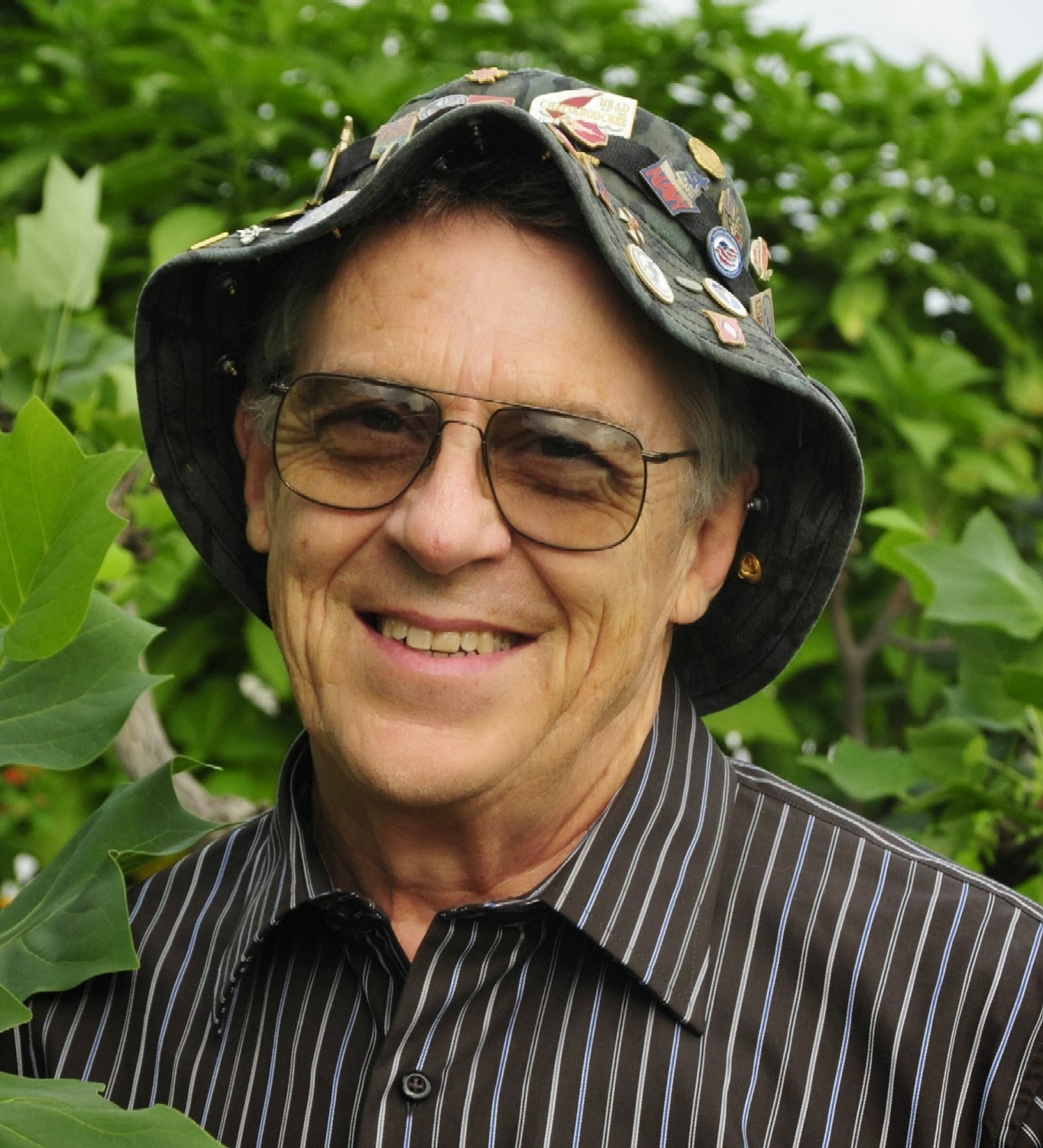 Hawk began writing mysteries for his school newspaper. His works of fiction, historical love stories, science fiction and mystery-thrillers are not genre-centered, but plot-character driven, and reflect his southwest upbringing in Arkansas, Texas and Oklahoma. Moccasin Trace, a historical novel nominated for the prestigious Michael Shaara Award for Excellence in Civil War Fiction and the Writers Notes Book Award, details the family bloodlines of his serial protagonist in the Craige Ingram Mystery Series… murder and mayhem with a touch of romance. Vault of Secrets, the first book in the Ingram series, was followed by Nymrod Resurrection, Blood and Gold, and The Lady of Corpsewood Manor. All have received national attention.  Hawk’s latest release in the Ingram series is due out this fall with another mystery-thriller work out in 2014. The Bleikovat Event, the first volume in The Cairns of Sainctuarie science fiction series, was released in 2012.

"Without question, Hawk is one of the most gifted and imaginative writers I have had the pleasure to represent. His reading fans have something special to look forward to in the Craige Ingram Mystery Series. Intrigue, murder, deception and conspiracy--these are the things that take Hawk's main character, Navy ex-SEAL/part-time private investigator Craige Ingram, from his South Carolina ancestral home of Moccasin Hollow to the dirty backrooms of the nation's capital and across Europe and the Middle East."

Don't forget to leave a comment or question to let Hawk know you stopped by.  Hawk will be awarding a $20 Amazon GC to a randomly drawn commenter during the tour.  Please be sure to leave your email address with your comment.  You can check out the rest of Hawk’s tour here, the more stops you visit, the better your odds of winning.