Join author Winter Austin on her Tasty Review Tour for Revenge, presented by Tasty Book Tours, from December 9 – December 29, 2013.  Please leave a comment or question for Winter to let her know you stopped by.  You can enter her tour wide giveaway by filling out the Rafflecopter form below.  You can also follow the tour here, the more stops you visit, the better your odds of winning. 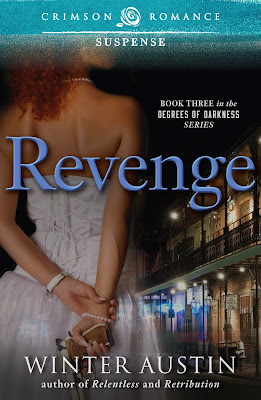 In New Orleans, justice is best served with a heavy dose of revenge, and Remy LeBeau intends to tip the scales in his favor. For good.

Forced to take a mandatory vacation from the Dallas PD, Remy leaves his girlfriend, Cody, to protect her from what’s to come. If there’s to be any chance for a normal future for the two of them, he has to face his enemies and finish what they started—alone.

Cody Lewis gave up on someone once before, but not this time. She needs to come to terms with Remy’s past and her own as she seeks him out among the historic and deadly streets of New Orleans. But she got more than she bargained for. Those who oppose her will find you don’t get in the way of a determined Texan; especially a woman in love.

As Remy closes in on the nameless faces who have controlled his life for too long, his ability to save himself and those closest to him is tested, putting everyone he cares for in grave danger. And this time, Cody may face the reality of his death. 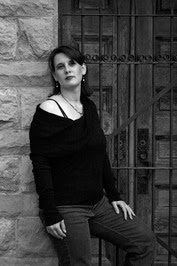 Author Info
Winter Austin resides in the Midwest with her Beta hero, four mind-boggling kids, and a bevy of pets. When she’s not trying to kill her characters in some form or fashion she can be found in the kitchen creating another culinary delight.

A dark, action filled romantic suspense, Revenge by Winter Austin, the third book in the Degrees of Darkness series, is sure to please the readers following the series.  When I agreed to read and review this book, I didn’t realize it was the final book in a trilogy featuring specific characters.  While Revenge can be read on its own, I didn’t get a chance to connect with the characters as much as I would have liked, or as much as I think I would have, if I had read the previous books in the series.  Never the less, if you like mystery or suspense books, you’ll enjoy reading Revenge.

A cop forced to take a vacation after an internal affairs investigation clears him of wrongdoing in a previous case, Remy LeBeau heads home to New Orleans to confront the unsolved problems of his past. Determined to confront the people behind the murder of his wife and unborn child, Remy prepares to face off against an enemy he knows, and the man giving orders behind the scenes.  Only Remy never planned on having to keep the woman he currently loves, Cody Lewis, safe while exacting revenge.

Determined to help Remy, and keep him alive, Cody Lewis heads to New Orleans to confront Remy and the past he’s kept secret.  A strong, no-nonsense kind of woman, Cody refuses to keep her distance and leave Remy to face off against killers on his own.  Especially since she’s been learning to take care of herself and has gotten pretty good with a gun.

The scenes between Remy and Cody are full of emotional angst, good dialogue and smoldering chemistry.  Both strong and independent, neither wants to back down or see the other hurt.  While I understood Remy’s concerns, he desperately needed Cody to remind him that he wasn’t alone and that there are always better choices.  Ms. Austin does a good job developing both characters and it was easy to see what drew them to each other.


The secondary characters are well developed and contributed a lot to the story.  The villains were bad men and it was easy to wish for them to get the justice they deserved.  While I’m not a fan of “vigilante” type justice, there are times when I have to admit it does have its own appeal.

Will Remy get the revenge he’s looking for?  Will Cody be able to help keep her man safe?  You’ll have to read Revenge by Winter Austin to find out.  I plan to go back and read the first two books in the series to find out how Remy and Cody’s story begins and encourage you to read these books in trilogy order.

a Rafflecopter giveaway
Posted by Maria at Tuesday, December 17, 2013