Welcome to my stop on the Virtual Book Tour, presented by Goddess Fish Promotions, for A Daughter’s Curse by C.J. Davidson.  Please leave a comment or question for C.J. to let her know you stopped by.  You may enter her tour wide giveaway by filling out the Rafflecopter form below.  You may follow all of the stops on the tour by clicking on the banner above.  The more stops you visit, the better your odds of winning.  Good Luck!

"How To Write A Good Fantasy Heroine" by C.J. Davidson

Writing a strong heroine, especially one with well-balanced characteristic traits, can be hard. You have to be sure she doesn’t sound too whiny, too strong with no flaws, too flirty, and so forth. Below are some of the traits that made Brisnay, the main character in the book.


She may come from a horrific background, and that gives her a reason to show reader how she overcomes this. The reader must know about the trauma that is inflicted upon her, but also show them how she deals with something like that. In A Daughter’s Curse, Brisnay does her best to hide the abuse she suffers from the outside world, which is more appealing than having her tell everyone about her situation.

Of course, this is just a shortlist. There are many more, but these are the ones that Brisnay displays in A Daughter’s Curse. 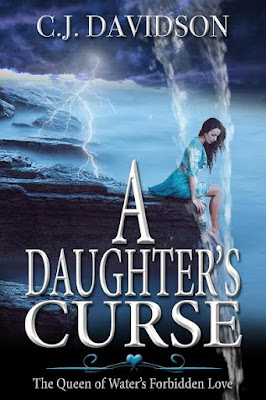 The Queen of Water’s Forbidden Love
By C.J. Davidson

When Brisnay discovers that she is a part of a fantasy world and meets Nickolaus, her miserable life takes a turn for the better. A world where anything is possible becomes her refuge and sparks fly between her and Nickolaus. Just when she thinks she knows everything about the realm she was thrust into, she uncovers shocking truths that rattle her to the core.

Betrayal. Hate. Envy. Deceit. Vengeance. Retribution. These are some of the things that Brisnay must face to fight a powerful, unknown enemy who is out to destroy her and strip her of the powers she's rightfully inherited.

Brisnay realizes that she has no choice but to take a stand and must get revenge by fighting for the right to love.

“Where is it?” Brisnay heard her father’s voice thunder.

Brisnay shot up in bed and glanced at the clock. It was nearly three a.m. It was barely an hour ago when Nickolaus had helped her into her house through the bathroom window. And it had taken at least thirty minutes to go to sleep from all the excitement she had experienced.
Brisnay groaned. What is he yelling about now?

“I don’t know,” she heard her mother answer in a gravelly voice.

Brisnay felt like her chest was caving in. She sharply breathed out as she felt her insides churn. She got up and paced.

Are they talking about the book? What am I going to do now?

“It’s not here! Where is it?” her father demanded.

“I’m telling you the truth! I haven’t seen it!” her mother yelled back.

Brisnay heard a sickening slap. She was sure her father had struck her mother. All at once, she heard her father’s heavy footsteps heading toward her room. With an erratic heartbeat, she slipped quietly back into bed and pulled the covers up to her face, squeezing her eyes shut. A knot started to build in her throat.

She heard her father shove open her bedroom door, and then he flipped the lights on. “Brisnay!”

“Brisnay! Get the hell up!”

Then, out of nowhere, a sharp pain cut through Brisnay’s body. She didn’t know how, but her father had struck her in the stomach. She stumbled out of bed, breathless, and leaned over as she clutched her stomach with both hands.

“Did you get a book out of our closet?”

Brisnay’s heart sank faster than a rock sinking to the bottom of the ocean. She had never seen her father this angry. 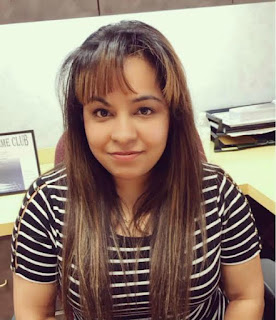 Today, I am married and have four children. Their names are Dluce, Marin, Carlos, and Isabella. I work as Branch Manager at a financial institution. I couldn't be happier with what I have accomplished so far.

My next step is to somehow help those affected by domestic violence. What hurts the most, is when children are in the middle of it. It is my belief that no one should have to feel unsafe, living life on the edge, wondering when they are going to get hurt. Sleeping with one eye open is the worst feeling in the world. Fear that catches in your throat paralyzes your whole body. Living life like that hurts and it comes with consequences. I know.

a Rafflecopter giveaway
Posted by Maria at Friday, June 02, 2017