Blurb Blitz & #Giveaway for A Suitable Affair by Erica Taylor

Welcome to my stop on the Blurb Blitz, presented by Goddess Fish Promotions, for A Suitable Affair by Erica Taylor.  Please leave a comment or question for Erica to let her know you stopped by.  You may enter her tour wide giveaway, where one (1) randomly chosen commenter will be awarded a $50 Amazon GC, by filling out the Rafflecopter form below.  You may follow all of the stops on the tour by clicking on the banner above.  The more stops you visit, the better your odds of winning.  Good Luck! 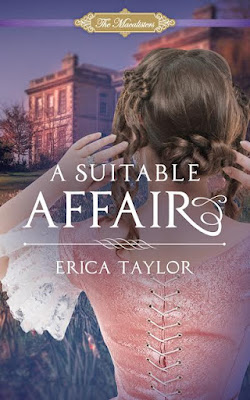 A Suitable Affair
By Erica Taylor
The Macalisters, Book 1

Lady Susanna McCalister is young and beautiful, but her marriage prospects thus far have been rather lacking. Rather than living a life of spinsterhood, she decides a loveless marriage, to the dull and unromantic Lord Riverton, is better than none at all.

One day while strolling through Hyde Park with her suitor, she is almost trampled to death by a rambunctious rider, Lord Westcott. Little does she know that this earl, who is as handsome as he is arrogant, would weasel his way into her heart. But the earl has demons of his own that threaten to complicate their secret romance, as he blames Lord Riverton for his sister's death.

Can Susanna tame this tormented earl and help save herself and other women from a deadly fate?

He was briefly reminded of the fiery, blue gaze that had been staring up at him in shock days earlier in the park, but he didn’t have time to ponder the matter further as the subject of his thoughts came barreling around a corner, plowing right into him. She bounced off his broad chest harmlessly, though shaken and surprised to find a solid body in front of her.

Ian recognized her immediately—her dark chocolate hair and startlingly bright blue eyes giving her away. Her face was round, her nose slightly narrow. Her irises were ringed with a darker blue halo, echoing the late summer sky outside. Her hair was pulled away from her face and wound at the base of her neck. Her perfect, ivory skin was barely sun-kissed, though he could tell there were a few rebellious freckles she had tried to fade with powder.

“Goodness, I do beg your pardon,” Lady Susanna said as he helped her right herself. She brushed an errant wisp of dark hair back from her eyes and looked up to his face. I

Intelligent eyes stared back at him as recognition flashed through them. “You are fully pardoned, I assure you,” he said smoothly, chuckling under his breath, as if the mere thought of her had summoned the very lovely Lady Susanna to him.

“I am prone to not peeking around a corner before I stand in a lovely lady’s way.”
Her eyes narrowed. “You, sir, should be more careful where you walk and where you ride.”

“Is it not proper for one to walk in a hallway?” he asked, looking around curiously. “Or to ride a horse in a park? Perhaps it is you who should be careful to not wander into the path of a rider on horseback. Or a man walking down a hall.”

“You should ride more carefully and not at such a great speed,” she said, pointing her finger at him. “I cannot imagine what was so important that required breakneck speeds through a crowded park.”

“I apologize, my lady, for not being more courteous on your designated walking paths,” he said, dramatically placing a hand over his heart in mock sorrow. “I assure you my future romps will take place where you are not present.” 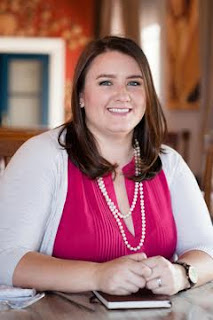 Erica Taylor is a mother of two and a military wife married to her high school sweetheart. Raised in the mountains of Colorado, she holds a BA in History from the University of Colorado.

Erica has been writing stories since she can remember. She picked up her first romance novel while on a beach vacation as a teenager, and fell in love with falling in love, sexy heroes, and the feisty women who challenge their lives.

A self-confessed geek, Erica loves anything Harry Potter, Doctor Who or Star Wars, can spend hours in Target with a Starbucks, and truly believes a cat makes a home. Currently living in South Africa, Erica can often be found writing during soccer practice or piano lessons and is not afraid to let dinner burn if it means getting the story out of her head.

a Rafflecopter giveaway
Posted by Maria at Wednesday, June 28, 2017