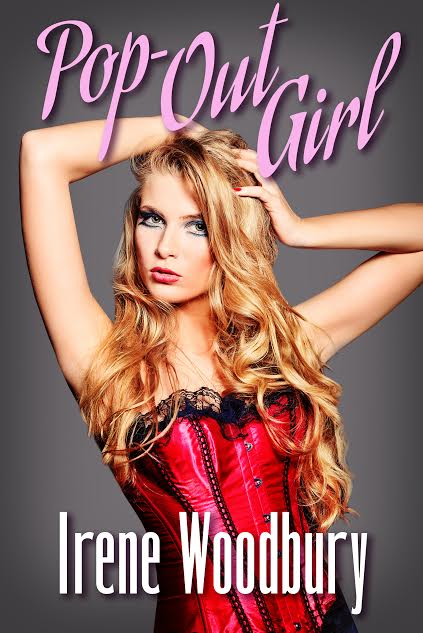 When Zane Hollister returns home to Las Vegas after two years in prison and discovers his showgirl-lover is with another guy, he goes ballistic. After stalking and taunting the couple for months, his toxic jealousy takes a darker turn. To wipe out Colton, Zane masterminds a devilish zip line accident and a terrifying car crash. When those fail, he resorts to kidnapping Jen and forcing her to marry him. And it gets even worse when Zane shoots Colton’s boss, Matt, by mistake as he aims for Colton in a horrific drive-by shooting.
With Matt lingering in a coma, Jen’s cocktail-waitress mother, Brandi, absorbs a seismic shock of her own. After hearing Matt’s name on the local news, she realizes he’s her first love of decades past—and Jen’s real father.
Will Matt emerge from his coma to reunite with Brandi and Jen? Do the cops nab Zane, who’s hiding out in Hawaii? And can Jen and Colton’s love survive Zane’s lethal jealousy?
There’s a happy ending for some, but not for all, in Pop-Out Girl.


Jen was a romantic who loved weddings. From the time she was a little girl, she had daydreamed about her own, conjuring up elaborate fantasies about the dress, cake, and flowers. And so when she got an invitation to attend her friend, Carly’s, festive nuptials in Reno, she immediately RSVP’d that she’d be there.
Getting out of Las Vegas for a fun-filled, relaxing weekend was just what Jen needed. She was still on a leave of absence from her job as a pop-out girl, a gig she loved that entailed emerging from a six-foot, multi-tiered cake and then singing, dancing, and stripping down to a teensy bikini for hordes of admiring guests at special events.
Curvy, blond Jen was a huge hit, one of the most popular girls at Stripper Grams. But after a scary car crash, she had gone on leave and was now filling her days with dance classes, lunches with friends, and singing lessons. None of that got her through the weekends, though, which were long and lonely without Colton, her boyfriend who was out in San Francisco recovering from injuries sustained in that same freakish accident. Carly’s invitation couldn’t have come at a better time.
Jen’s very cool, cocktail-waitress mother, Brandi, ran all over town with her to find the perfect dress. They finally chose a dove-gray silk and lace gown that would work well for a winter wedding. Jen was going to make the seven-hour drive to Reno with her friend, Brianna, another pop-out girl and one of Carly’s six bridesmaids.
On a cold, dreary Friday morning in January 2017, an excited Jen waited to be picked up at eight. At least that’s what she’d told her mom, who was still at work, earlier. She had packed a suitcase and was flitting around the house, doing last-minute chores.
At the stroke of seven, the doorbell rang. For an instant, Jen wondered why Brianna would arrive an hour early, but she was pumped to go so she flung open the door. To her horror, it wasn’t Brianna. There on the doorstep stood Zane Hollister, her toxically jealous ex-boyfriend who’d been making her life hell since he got out of prison six months earlier.
Jen’s heart dropped. She gasped in fright and tried to close the door, but Zane quickly shoved his arm out and blocked her. She stared up at him, six feet of dark, brooding menace in black jeans and a worn biker jacket, hovering over her. His neck-length dark hair was a bit ragged and disheveled, his brown eyes glassy and bloodshot. He was obviously high on pills, maybe uppers, maybe downers, maybe a combination of both.
“Hey beautiful, what’s up?” he purred in a slightly slurry, faux-light voice as he barged into the house, closing the door behind him. 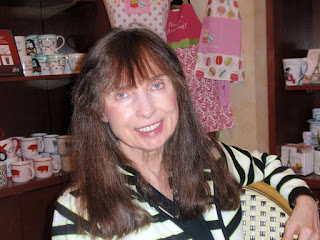 Irene Woodbury’s third novel, Pop-Out Girl (2017), pushes a lot of buttons. It’s a gripping look at the tumultuous life of a 23-year-old showgirl-wannabe named Jen Conover who pops out of cakes at special events in Las Vegas for a living. The novel offers riveting glimpses into the loves, lives, triumphs, and tragedies of Jen’s family and friends as well.

Irene grew up in Pittsburgh, and has lived in Chicago, Los Angeles, Honolulu, and Denver. The University of Houston 1993 graduate also called Texas home for seven years. Her writing career began In 2000. After five years as a successful travel writer, she switched to fiction. Irene’s first novel, the humorous ASlot Machine Ate My Midlife Crisis, was published in 2011. The darkly dramatic A Dead End in Vegas followed in 2014. Pop-Out Girl is another dramatic effort. With her husband, Richard, editing, Irene completed the novel in eighteen months. She hopes audiences will enjoy reading it as much as she enjoyed writing it.