Virtual Tour for Realms of Edenocht by D.S. Johnson

Welcome to my stop on the Virtual Tour, presented by Reading Addiction Virtual Book Tours, for Realms of Edenocht by D.S. Johnson.  Please leave a comment or question for D.S. to let her know you stopped by. 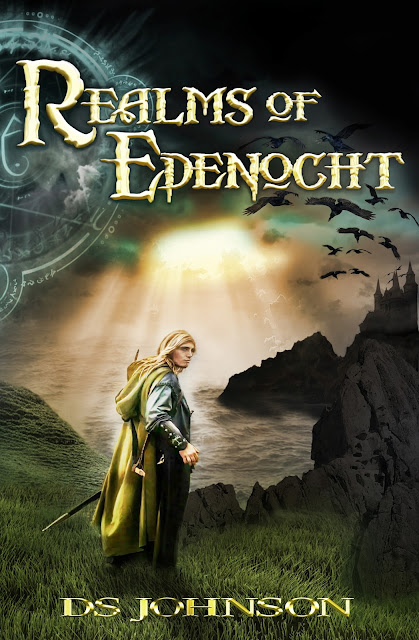 Realms of Edenocht
By D.S. Johnson

Shazmpt has been prepared his whole life to complete the prophecy; however until recently, he was unaware of his true identity as a powerful war wizard.

Hidden on an island in a time realm not his own, he must now search for ancient relics in order to stop the growing evil in the world. All he wanted was to hunt in his beloved forest, but is thrown into a world of sea serpents, dungeons, enchanted castles, miniature men, and air buffs.


Driven by duty and hindered by self-doubt, he is sent on a quest to unite the magical realms once more. He must learn to harness his good and evil powers, but will he survive the shadow…?

"There's more than one person that can use the power of the comet." Queen Ambrosia said through gritted teeth.
Her eyes drooped heavily, sagging under the pressure of no sleep.
"What are you going to do?" Aarin asked.
"Sink the island and destroy Srinna Vossa.”
She walked sternly toward her deep oak desk. Aarin's stomach lurched inside him as the words hit his mind.
"How? Why?!"
"With this," she pulled out a long parchment that was rolled tightly. “the Incantation of Undin," she said, fingering the edge.
"And how will sinking the island stop Gavin Rhill?"
"I will take every last person with it, so that he will never be able to find the Binding of the Crypt spell." she said dropping one end.
"You're going to kill all of your people?"
"Would you rather be tortured by Gavin Rhill and the Shadow?"
"No, I guess not."
"Then make your peace now because as soon as the comet is at the highest point in the sky everything will be over."
Her stomach lurched too as she felt the despair of not being able to raise her child and see her grow into a woman. To never be with Jerim again and her wonderful council and all of her loved ones, it was almost too much for her to bear.
"What shall I tell the armies?" he asked.
"That its time, and send Jerim."
Aarin bowed. His once childlike eyes glazed over. Queen Ambrosia studied the scroll once more. She sat it on the desk and walked to the edge of the balcony. One hand on the cold stone, the other gripped her blue sapphire stone necklace. She wore a gold and teal blue robe and her delicately woven crown. The anguished cries of her people now sat on numb ears. A small pink hand gripped the lower half of her robes. With the innocence of young age a small girl, gazed up.
"Mommy, what's happening?" Serin asked.
"Oh, my dear little one." The Queen picked up her baby girl. She buried her little girl's teary face into her shoulder. "Shhh shhhh shhh," Queen Ambrosia whispered.
Jerim walked briskly up behind her, his clashing and clanking hidden under booms and crashes from the distance.
"Ambrosia, My Queen, you sent for me?"
His heart skipped a beat and he swallowed hard shoving the bile back into his stomach when he saw the little princess in her arms.
"It's time." she whispered.
She could hardly see his bruised face through the heavy shield of her own tears.
"Is there another way?" he asked.
"There is no other way."
"Alright." he said.
He slipped his arm around her waist and pulled her into his embrace. Her long blonde hair tickled his skin. His hand rested on the side of her face. He leaned in, slowly and thoughtfully, he kissed her. She returned his kiss. Just like the one and only time they had been together.
"I love you. I always have." Jerim said.
"I love you too, I have to tell you something.” She looked at Serin, then back to Jerim, “Serin is yours, not Mikal's." Jerim pulled back and smiled his intoxicating smile. "You're not mad?" she asked, "I'm sorry I never told you."
"Nor should you have."
"Mommy, I'm scared." The tiny voice came as she played nervously with her mother's hair.
Queen Ambrosia studied her daughter's face one last time and said to her gently, "You go with your father."
"Where?"
"Into the sky with the flyers, ok?" she gave her the last kiss she would ever give her.
"But when will I see you again?"
The queen gave Serin to Jerim and he wrapped her in her blanket.
"Go... take her to the wyverns and get her out of here."
He bowed and leaped off the stone carved terrace onto Medrith's back. The Queen sent a furling burst of air under the wyvern throwing them into the sky above. Medrith pulled in her wings and shot through the sky like an arrow. To fight a war was one thing but to give up one's own flesh and blood is another. When the queen could no longer see them, she threw up her arms. Using the islands powers that came from the center of the Teorran Belt, she shouted at the top of her lungs the incantation, drawing the power of the comet into her being.

*****************************************
Gavin's calculated plan turned to a frenzy of rash thoughts and feelings. Everywhere he searched he couldn’t find the scroll. Even with his search spell, it had continued to elude him. He pulled and shoved every book and piece of parchment out of his way. He hurled a massive spell around the room. Glittering strands of text danced and swayed around him and one by one disappeared. The words he longed for were not found. The only words present were those left by the Grand cleric.
Gavin Rhill,
You will never have this scroll as I have destroyed it once and for all.
If you continue your quest you will be met with certain death. FOREVER!
Did you think that you were the only one that could use the comets power?
Grand Cleric Massue
Gavin was shocked out of his delirium with the sudden shift and sensation of falling. He ran to the window, the clouds of dust and smoke began to rise. He slammed his fists on the stone wall.
"She's... sinking... the... city," he yelled.
He threw out his arms and sucked himself into the air. The sudden force blew out all of the light in the room as he vanished. Gavin whipped a wind storm that careened through the city, wiping out everything in its path. Debris floated upward as the ground fell out from under it. The comet’s power helped Queen Ambrosia stand perfectly still while chanting. Even as the island fell, she was as firm as she had at first. The last words she uttered were that only a blood heir could enter the secrets of the forgotten city.
The Teorran fountain fell into the center of the ground below, allowing the islands to plummet into a new existence. Enormous rock walls encompassed the fallen earth covering everything under hundreds of feet of ground. It left only a few of the spires that were still intact standing, as a reminder of what the glorious city once was. 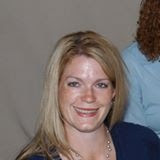 A little about me, first I want to tell you a story, about a young girl who thought she was dumb. Yes, in the first, second, and third grades this little girl, was in the ‘Resource’ program or ‘Chapter 8’ as I have also heard it called. Even though she was then put in the regular class, she knew all too well by then she was not a smart child. All the way through high school this girl struggled. She graduated with a glorious 2.9. Yes, it was heart breaking for those little numbers to reflect the great struggle and all the efforts she had put forth.

She went on to start beauty school, figuring she wasn’t college material. Suddenly, she learned that she wasn’t dumb after all. She was what is called a kinesthetic learner or ‘hands on’ learner. She LOVED it. She went on to do very well, for many years. Until, life got complicated. She had five children, a husband, and a disabled mother who now required constant care. While contemplating how to earn a little bit of extra income, now that doing hair wasn’t an option, a thought came to her, ‘Write a book’ it said.

She replied by looking around and with her finger pointing at herself, she said, “Who me? I graduated high school with a 2.9 remember?”

The little thought came again, “Yes, you. Write a book.”

It so happened, that she had been telling her children nighttime stories for some time, so she did. It took five years to learn from the internet, a few writing classes, some great blogs, a lot of practice, one very good editor and the awesome support of her family. But she did it, and now I bring The Realms of Edenocht Series to you! Yes, that little girl was me, but no longer.