Welcome to my stop on the Virtual Tour, presented by Inkslinger PR, for Cold Hearted by Toni Anderson.  Please leave a comment or question for Toni to let her know you stopped by.  You may enter her tour wide giveaway by filling out the Rafflecopter form below.  My review for Cold Hearted will be posted tomorrow morning in a separate post. 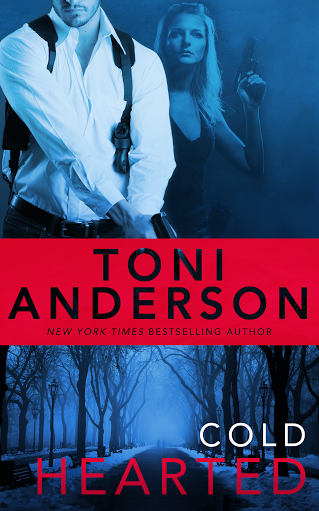 About COLD HEARTED
Hunting For A Killer...Who Doesn't Play By The Rules.

Detective Erin Donovan expects life to quiet down after the arrest and conviction of a serial rapist who terrified her university town last summer. Then two young women are brutally slain and the murders bear all the hallmarks of the campus rapist. Did Erin arrest an innocent man? Now her job is at stake and tensions are high and just when it looks like things can't get worse, her department gets the help it needs to solve the double homicide--in the form of a man Erin has never been able to forget. FBI Agent Darsh Singh has no interest in reliving the past. Three years ago, his feelings for Erin Donovan had him breaking all his rules about getting involved. Now his only interest in the former NYPD detective is figuring out if she screwed up a rape investigation and helped send an innocent man to prison. But being forced to work together rekindles their old attraction, and as Darsh and Erin fall for each other, the campus predator fixates on Erin. The race is on to identify the ruthless killer before he makes Erin his final victim.

Get your hands on COLD HEARTED:
Amazon | iBooks | Barnes and Noble | Kobo

Want to read the first chapter of COLD HEARTED? You can do so here!

Toni Anderson is giving away a $25 Amazon or iTunes giftcard - winner's choice! To enter, just fill out the Rafflecopter below!

New York Times and USA Today international bestselling author, Toni Anderson, writes dark, gritty Romantic Suspense novels that have hit #1 in Barnes & Noble's Nook store, the Top 10 in Amazon and Kobo stores, and the Top 50 in iBooks. Her novels have won many awards. A former Marine Biologist from Britain, she inexplicably ended up in the geographical center of North America, about as far from the ocean as it is possible to get. She now lives in the Canadian prairies with her Irish husband and two children and spends most of her time complaining about the weather.

Toni has no explanation for her oft-times dark imagination, and only hopes the romance makes up for it. She's addicted to reading, dogs, tea, and chocolate. If you want to know when Toni's next book will be out, visit her website (http://www.toniandersonauthor.com) and sign up for her newsletter. If you want to read other fascinating stories about life in a city that, during winter, is sometimes colder than Mars, friend her on Facebook: (https://www.facebook.com/toniannanderson).