Book Blast & #Giveaway for The Royal Nanny by Karen Harper

Welcome to my stop on the Book Blast, presented by Goddess Fish Promotions, for The Royal Nanny by Karen Harper.  Please leave a comment or question for Karen to let her know you stopped by.  You may enter her tour wide giveaway by filling out the Rafflecopter form below.  You may also follow all of the stops on her tour by clicking on the banner above.  The more stops you visit, the better your odds of winning. 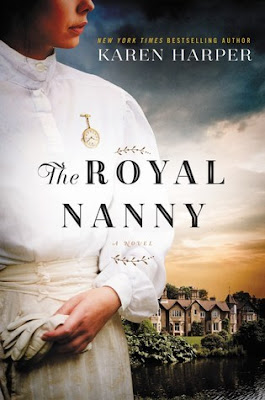 The Royal Nanny
By Karen Harper

In 1897, a young cockney nursemaid takes her first train ride, leaving London for the lush and sprawling Sandringham Estate, private home to Britain’s royal family. Hired by the Duke and Duchess of York to help rear their royal children, Charlotte Bill is about to become privy to all the secrets families hide, and caught between the upstairs and downstairs worlds.

Truth was, I used to wish the widowed Dr. Edwin Lockwood, my former employer, would marry me, though I knew that was quite out of the question.  But when I first went to work at his house as nursemaid, I was only thirteen and such a dreamer.  People think I’m a no-nonsense person, but I still harbor flights of fancy in my head and heart, and to mean something to someone else is one of them.

But in the nearly ten years I worked in London, I knew it was not that I loved the doctor, but that I did love his two little daughters and hated to leave them, especially after I’d been promoted to nurse after five years there.  Now his new wife didn’t want me about because her stepchildren doted on me.  But the doctor gave me a good character, which the Duchess of York’s friend, Lady Eva Dugdale, had somehow seen.  So here I was, headed to the Duke and Duchess of York’s country house to help the head nurse of two royal lads, one called David, nearly four years of age, the other, Bertie, a year-and-a-half; and a new baby to be born soon.

Beat down the butterflies in my belly and practiced saying, “Your Grace, milord, milady, sir, ma’am,” and all that.  What if Queen Victoria herself ever popped in for a visit, for the duke was her grandson—well, there were many of her offspring scattered across Europe in ruling houses, but he was in direct line to the British throne after his father, the Prince of Wales.  And since the Prince and Princess of Wales often lived on the same Sandringham Estate, so Lady Dugdale said, I wager I’d see them, right regular too, that is if the head nurse, name of Mary Peters, let me help her with the royal children when their kin came calling.
“Ticket, please, miss,” the conductor said as he came through the carriage.  I had a moment’s scramble but handed it to him and had it marked.  When he passed on, I put it as a keepsake in my wooden box of worldly goods, which sat on the floor next to my seat.  The carriage wasn’t too full, not to Norfolk with its marshy fens and the windy Wash my papa had described to me.  Oh, I was so excited I could barely sit still.  I was to disembark at a place called Wolferton Station where someone was to meet me.  I was just so certain everything would be lovely, and fine and grandly, royally perfect. 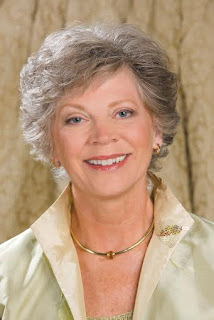 Two of her recent Tudor era books were bestsellers in the UK and Russia. A rabid Anglophile, she likes nothing more than to research her novels on site in the British Isles. Harper won the Mary Higgins Clark Award for DARK ANGEL, and her novel SHATTERED SECRETS was judged one of the Best Books of 2014 by Suspense Magazine.

The author and her husband divide their time between Ohio and Florida.  For more information please visit: www.karenharperauthor.com

a Rafflecopter giveaway
Posted by Maria at Tuesday, June 21, 2016