Welcome to my stop on the Virtual Book Tour, presented by Goddess fish Promotions, for A Separate Heaven by Alex Disanti.  Please leave a comment or question for Alex to let her know you stopped by.  You may enter her tour wide giveaway, where Alex will award a $25 Amazon GC to one (1) randomly chosen commenter, by filling out the Rafflecopter form below.  you may follow all of the stops on the tour by clicking on the banner above.  The more stops you visit, the better your chances of winning.

Me:  Do you write full time or do you have an "evil day job"?

Alex:  I now write full time (within the confines of “life” and all the interruptions it manages to provide).

Me:  "A Separate Heaven" is your first novel.  What has been the most difficult thing for you to deal with once you decided to become published?  What's the easiest?

Alex:  Marketing and all it encompasses has been the most difficult.  Easiest and most rewarding is hearing from fans of the series and discussing the story with members of book clubs.

Me;  You have a large group of "test" readers or beta readers - how do you manage the feedback from such a large group? Is there a large amount of feedback?

Alex:  In the beginning it was difficult because I was printing the manuscripts for what comprises the first three books. That was a lot of time, paper and ink. (I can tell you that not everyone wants to read books on a monitor!)  But I was so fortunate to have those test readers (beta readers) because I had such positive feedback from them and it energized me and confirmed my own beliefs about A Separate Heaven.

Me:  You live in the Texas Hill Country but your books take place in New York, do you ever plan to bring your characters to your home state?

Alex:  I like your question!  I have thought about it many times. If I do, it will be toward the end of the series but I will only do it if I can make it seem feasible.  We already feature the ranch in Montana and Dominic’s best friend, Garrett Grayson (an actor/producer) who owns an adjoining ranch, sooooo…but I haven’t ruled it out completely.

Me:  Do you have a "dream' cast in mind if your book is optioned for a TV series?

Alex:  Chris Noth as Dominic Gianelli.  For Paige Hamilton, Jessica Alba or someone similar in looks but about the same age or younger.  It is my understanding that ten years in either direction is doable for an actor.  i.e. a thirty year old could portray a twenty year old and up to forty years of age. The fact that Paige is so young is an important factor in the story.  Who would be my dream man to portray Dominic?  Sean Connery in his fifties!  Anne Bancroft would have made the perfect Aunt Sophia.

Me:  Do you have other books "simmering" in your mind for when you finish the seven books in the "A Separate Heaven" world?

Alex:  I do. And one is actually set in Texas. Another is about a construction worker whose life takes a turn for the better after his wife leaves him.

Quick Get To Know You Questions:

Boots or sandals?  Flip flops for home and warm weather, but love my boots!

Name one "vacation" or "inspiration" place you want to visit in 2016:  The Amalfi Coast of Italy.

Favorite childhood writer?  Bess Streeter Aldrich (A Lantern in her Hand) and Louisa May Alcott 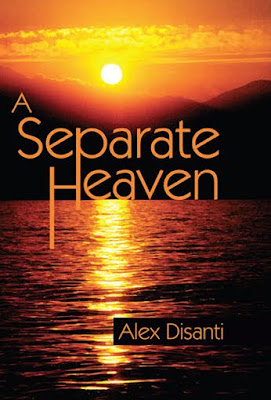 Step into a world of riveting drama.  Enter A Separate Heaven, a story comprised of power, wealth, and romance, multifaceted characters, and complex relationships.  A novel by Alex Disanti.  From Long Island to the shores of the Mediterranean, this exciting series spanning twenty five years in the lives of the Gianelli and Hamilton families will hold you spellbound.

On October 2, 1980, Dominic Gianelli entered the offices of Carson, Wiehls and Fullerton. A client for only weeks now, his arrival caused a flurry of activity among the staff.  Even the most experienced members of the investment firm were on edge. Henry Carson, owner and senior partner, was nervous and unsettled, completely out of character for him, but this was no ordinary client.

Gianelli was an enigma, recognized internationally in the business world and his accumulated assets were reported to be prodigious. Little else was known about him, although his penchant for two things, accuracy and privacy, had been evinced at their first meeting.  He seemed to have come on the scene quickly, yet his profile revealed more than twenty years of steady, well-planned acquisitions and disposals.  With as many European contacts as domestic, he was well respected here in New York.  After all, one did not ignore this kind of wealth and, therefore, power.

He was a big man, six-feet, three inches in height, 270 pounds. Immaculately groomed, he had brown eyes and short, dark, slightly thinning hair combed back from his forehead.  He seemed, by nature, a rather quiet man with low tolerance for the frivolous or inept.  He had an air of confidence that was not lost on those who met him.  Gianelli was a man comfortable with himself. When he entered a room, he owned it, and he knew it. 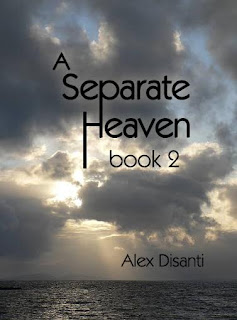 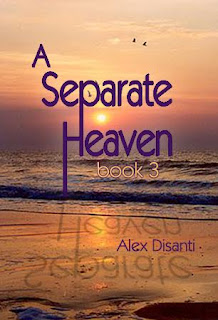 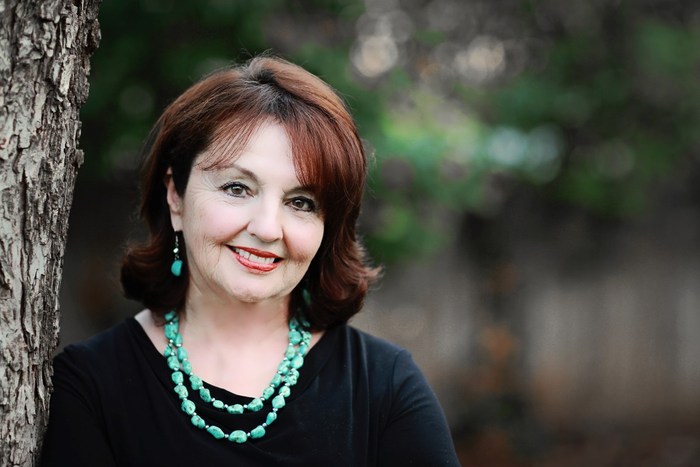 Alex Disanti lives in the Texas Hill Country.  While writing has been a lifelong love for her, A Separate Heaven is her first novel.  Early works were mainly poetry and short stories.  As A Separate Heaven progressed from thought to paper, friends and family began reading the manuscript.  Then, in an effort to test the marketability of the material, she enlisted the aid of what she calls her “test readers.”  These readers vary in age, occupation and background.  It simply grew from there.  Alex’s rich detail brought the characters to life, and the ensuing chapters could not come quickly enough for her readers.