Spotlight for Enthrall by M.R. Reed

Welcome to my stop on the Blog Tour, presented by Mark My Words Publicity, for Enthral by M.R. Reed.  Please leave a comment or question for M.R. to let her know you stopped by. 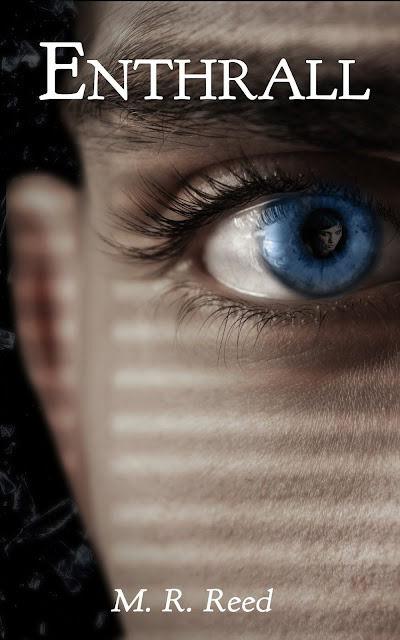 After years of being a helpless witness to his alcoholic father’s abuse towards his family, seventeen-year-old Miles Boswell has just about reached his breaking point. He dreams of the day where he can leave everything behind and begin a new life on his own -- that is, until he discovers that he has the ability to control people’s minds. Suddenly, the odds are overwhelmingly in his favor.

But what begins as the answer to all of his problems soon causes him to question his every thought when he captures the attention of August Sylvan, who seems to be the girl of his dreams. As someone who has limited experience with girls, Miles can’t help but wonder -- where do his powers end, and where does reality begin?

At the same time, he finds himself at constant odds with his morals and his potentially warped sense of justice...and soon discovers that nothing is as simple as it seems. 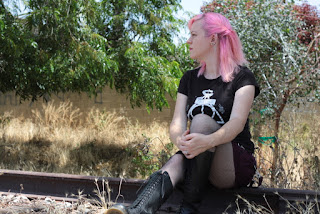 Our formative years are the ones that stick with us the most--you know, those tirelessly frustrating yet unforgettably magical moments that shape us into the people that we will become. The music that I liked as a teenager, the books that I read, the relationships that I created (and destroyed)...those are the things that I think truly formed the adult that I am today. I still love those things. I still think about those things. I still harbor a lot of anger in relation to the events that I experienced as a teenager, and it does nothing but fuel my creative spirit.

And that's what I like to write about: Teenagers, and all of their idiosyncrasies, and concerns, and that whole unintentionally egocentric view that they have about their worlds. I find it fascinating. I'm thankful every day that I'm no longer a teenager, but I have to admit that it's a interesting time to look back on.

Miles and August encompass a lot of me, and my experiences, and my observations. The music, books, and beliefs that I held at that time inspired me to write about the events that take place in Enthrall. My intense hope is that somebody reads it and is able to relate, or get through a difficult time, and just know that somebody understands what he/she is going through (at least a little bit.) That's what music and books did for me. I hope to pay it forward.