Welcome to my stop on the Cover Reveal Book Blast, presented by Goddess Fish Promotions, for Murder at Morningside by Sandra Betting.  Please leave a comment or question for Sandra to let her know you stopped by.  You may enter her tour wide giveaway, Sandra will be awarding a $20 Amazon/BN GC to one (1) randomly chosen commenter, by filling out the Rafflecopter form below.  You may follow all of the stops on the tour by clicking on the banner above, the more stops you visit, the better your chances of winning. 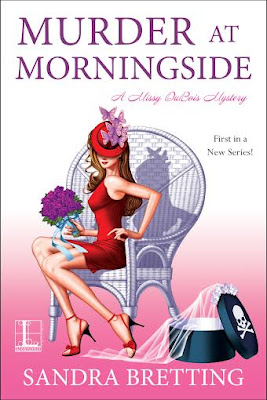 Before Beatrice could say more, the front door flew open and in stomped an elderly gentleman. He was on the verge of a good old-fashioned hissy fit.

“Y’all don’t deserve a say in this wedding!” he said to a young woman who’d slunk in behind him.

The girl looked to be the right age for his daughter. She wore flip-flops and a wrinkled peasant blouse, and she buried her head in her hands. Well, that lifted the blouse an inch or two and exposed her bare stomach.

Lorda mercy. It seemed the girl and her fiancé must have eaten supper before they said grace, as we said here in the South, because an unmistakable bump appeared under her top. She looked to be about four months along, give or take a few weeks, and I could see why her daddy wasn’t too happy with her right about now.

After a piece, she lifted her chin and glared at him. “I hate you!” Her voice rippled as cold as the river water that ran nearby. “I wish you were dead.” She stalked away.

I fully expected the man to cringe, or at least follow her. Instead, he merely glanced our way and shrugged. After a minute, he pivoted on the spectacle he’d caused and casually strolled away, leaving a bit of frost in the air.

“Oh my. Why don’t we continue,” Beatrice said.

Poor Beatrice. She obviously wanted to divert our attention elsewhere. It couldn’t have been every day one of her hotel guests wished another guest was dead. She hustled us farther into the ballroom, as if nothing had happened, all the while explaining the history of Morningside Plantation. 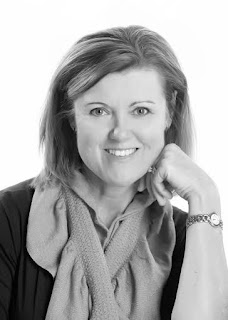 Sandra Bretting works as a freelance feature writer under contract to the Houston Chronicle. She received a journalism degree from the University of Missouri School of Journalism and wrote for other publications (including the Los Angeles Times and Orange Coast Magazine) before moving to Texas.

Her Missy DuBois Mysteries series debuts from Kensington/Lyrical Underground in May 2016. Bretting’s previous mysteries include Unholy Lies (2012) and Bless the Dying (2014). Readers can reach her online at www.sandrabretting.com and through Facebook at www.facebook.com/sandra.bretting.

a Rafflecopter giveaway
Posted by Maria at Tuesday, February 09, 2016