Promo Blitz & #Giveaway for In the Dark by Chris Patchell

Welcome to my stop on the Promo Blitz, presented by Reading Addiction Virtual Book Tours, for In the Dark by Chris Patchell.  please leave a comment or question for Chris to let her know you stopped by.  You can enter her tour wide giveaway by filling out the Rafflecopter form below. 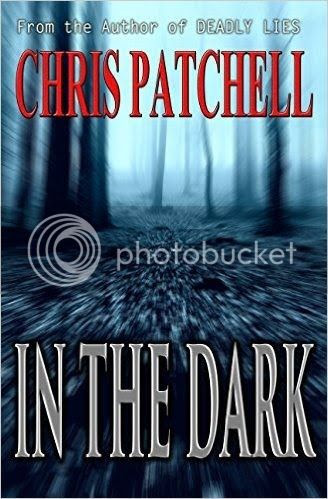 Marissa Rooney stands in her daughter’s empty dorm room, a half-used vial of insulin clutched in her trembling hand. Brooke has been missing for days. Her roommate hasn’t seen her since that night in the bar. And if Marissa has Brooke’s insulin, it means that Brooke does not.


But Marissa isn’t alone in her terror. A phantom from her past is lurking in the shadows, waiting in the night, and holding her family captive…


"An edge-of-your-seat suspense novel. It scared the hell out of me. Read it with the lights on!" - Robert Dugoni, Amazon #1 and New York Times bestselling author of My Sister's Grave

The heavy gate groaned shut. After engaging the lock, he pulled the backpack out of his Jeep and slung it over his shoulder. It was a rare fall day in the Pacific Northwest, and he planned to take full advantage of the good weather.

He had work to do.

He walked a quarter of a mile along the fence line and stopped. Then he pulled a “No Trespassing” sign from the pack and propped it against the fence. With a few sure strokes of a hammer, he nailed it to the post. The dull blows echoed in the quiet woods.

Branches and fallen leaves popped and crackled beneath his feet as he worked his way methodically along the ridge, checking the barbed wire fence for gaps. The cinnamon smell of the turning leaves was a sure sign that hunting season would soon begin, and he couldn’t afford to have strangers stumbling onto his property.

There. That should keep the bastards out.

He turned and started down the rugged trail carved into the steep hillside. A couple of hundred feet below, the valley floor glimmered like an emerald in the late-day sun. Three cabins stood in the clearing beside the Tolt River. A half dozen more were scattered along the upper ridge, overlooking Lake Langlois.

The place had been a youth camp once, before the drowning of a teenage girl had destroyed its reputation. Afterward the camp had closed and the cabins had fallen into disrepair.

It was a shame, really. He had fond memories of the place. While his father had spent the summer basking in an alcoholic haze, he’d spent it exploring the woods, far away from his father’s violent mood swings. By any measure it was a win-win.

Dappled sunlight shone through the thick canopy of branches overhead. He loved days like this. Alone in the woods, he felt at peace with the world.

A scream rent the air, shattering the stillness of the afternoon. It was shrill. Human.

Crows fled the safety of the trees, a torrent of black wings flooding the blue sky. Heart racing, he started to run. The uneven ground slid beneath his boots. Branches slapped at his face, and he ran faster, driven on by her panicked cries.

The valley floor was muddy after the long weeks of rain. The spongy earth slowed his pace as he raced toward the river.

It was coming from the cabin farthest from the water’s edge.

His boots pounded up the wooden steps. Hinges squawked in protest as he crashed through the door.

The stench hit him hard—stale sweat and human waste. His stomach churned.

At first he could see nothing, his eyes blinded in the dim light. Then her slender form materialized out of the darkness—a slip of a girl, barely more than a hundred pounds. She was standing near the center of the room, her hands bound behind her back. A soiled University of Washington T-shirt hanging from her skinny frame. Pink panties. And nothing else.

The relief on her face froze the instant she spotted him. A small sob escaped her lips. She stepped back, retreating into the shadows.

As if she could hide.

Her jaw worked, but no sound emerged. She took another pitiful step back, her wide eyes brimming with fear.

“What was the rule?”

His voice boomed in the small cabin. She flinched like a beaten dog. “No calling out,” she mumbled.

“No calling out,” he repeated, smiling thinly. “That’s right. You leave me no choice.” “Please,” she said, voice trembling, tears leaking from her eyes. “I’ll do better, I promise. I promise . . .”

He stepped toward her, his tread echoing on the bare plank floor. She shrank back, trembling, and stumbled over the bucket. Without her hands to stop her, she crashed to the floor.

He stopped. His six-foot frame loomed above her. She averted her gaze, looking anywhere but at him.

This will not do.

He hunkered down and gripped her narrow chin, forcing her gaze to meet his. “Please,” she whispered.

“Aw, princess,” he said, running his thumb slowly across her swollen bottom lip. “I’m afraid it’s too late for that.”

He reached down and unbuckled his belt. 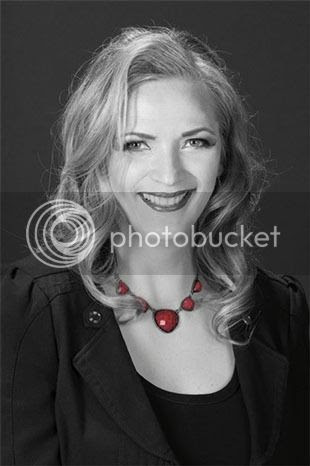 A tech worker by day and an author by night, Chris Patchell writes gritty suspense novels set in the Pacific Northwest that are sure to keep you up reading late, turning pages well past dark. Her debut novel, Deadly Lies, won a 2015 Indie Reader Discovery Award for best fiction. Her latest novel, In the Dark, was released on August 4, 2015 from Kindle Press.