Virtual Tour & #Giveaway for The Beautiful American by Jeanne Mackin

Welcome to my stop on the Virtual Book Tour, presented by Historical Fiction Virtual Book Tours, for The Beautiful American by Jeanne Mackin.  Please leave a comment or question for Jeanne to let her know you stopped by.  You can enter her tour wide giveaway, where Jeanne will be awarding a paperback copy of her book to a randomly chosen winner, by filling out the entry form below.  You can follow all of the stops on his tour by clicking on the banner above or following the schedule below. The more stops you visit, the better your odds of winning. 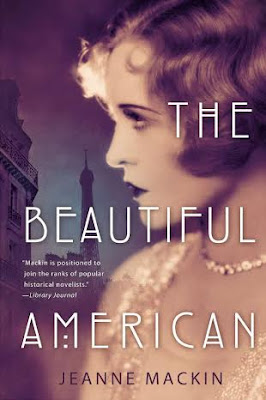 The Beautiful American
by Jeanne Mackin

As recovery from World War II begins, expat American Nora Tours travels from her home in southern France to London in search of her missing sixteen-year-old daughter. There, she unexpectedly meets up with an old acquaintance, famous model-turned-photographer Lee Miller. Neither has emerged from the war unscathed. Nora is racked with the fear that her efforts to survive under the Vichy regime may have cost her daughter’s life. Lee suffers from what she witnessed as a war correspondent photographing the liberation of the Nazi concentration camps.

Nora and Lee knew each other in the heady days of late 1920’s Paris, when Nora was giddy with love for her childhood sweetheart, Lee became the celebrated mistress of the artist Man Ray, and Lee’s magnetic beauty drew them all into the glamorous lives of famous artists and their wealthy patrons. But Lee fails to realize that her friendship with Nora is even older, that it goes back to their days as children in Poughkeepsie, New York, when a devastating trauma marked Lee forever. Will Nora’s reunion with Lee give them a chance to forgive past betrayals, and break years of silence?

A novel of freedom and frailty, desire and daring, The Beautiful American portrays the extraordinary relationship between two passionate, unconventional woman.

Two days later we were in Paris, unpacked in a flea bag hotel on Isle de la Cite, and the fleas were worth it, because outside my attic window was Notre Dame Cathedral.

Maybe it was all those bottles of French perfume, or my father who after a fourth shot of gin would whisper to me, We'll go to Paris one day, just you and me.  One of Lee's friends told me, a year after I had arrived, about reincarnation and how people traveled to get to where they had once been happy in some other life.  Whatever the cause, I was immediately happy in Paris, more buoyant and optimistic than I had ever been in my life.  It was like stepping out of a closed dark room and into the fresh air.

Paris was cheaper than London, and even if Jamie did not find a gallery and make money from sales, his allowance would cover us, if we lived frugally.  We could go to bars and cafes for meals and drinks, spend our afternoons walking along the Seine, Jamie always pointing his camera in some direction.

We walked the cobblestone streets of the Latin Quarter, peered through grilled gates at private courtyards with their playing fountains and flower-filled urns.  We picnicked in the Luxembourg gardens where the writer Hemingway had hunted pigeons for his lunch.  We spent a week's worth of cash at the Folies Bergere to see Josephine Baker dance in her banana skirt...Josephine, whose favorite fragrance was jasmine, the flower that gave the name to the new music, jazz. We ate sugar crepes from street stalls, and walked up and down rue de Fleurus, hoping to get a glance of Gertrude Stein.


PRAISE FOR THE BEAUTIFUL AMERICAN

“Will transport you to expat Paris.” – Suzanne Rindell, author of The Other Typist

“Leaves its essence of love, loss, regret and hope long after the novel concludes.” – Erika Robuck, author of Fallen Beauty

“From Poughkeepsie to Paris, from the razzmatazz of the twenties to the turmoil of World War Two and the perfume factories of Grasse, Mackin draws you into the world of expatriate artists and photographers and tells a story of love, betrayal, survival and friendship…an engaging and unforgettable novel” – Renee Rosen, author Doll Face 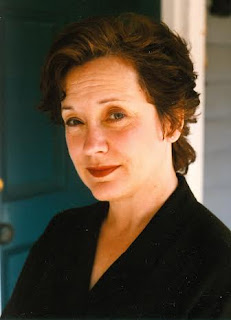 Jeanne Mackin’s novel, The Beautiful American (New American Library), based on the life of photographer and war correspondent Lee Miller, received the 2014 CNY award for fiction. Her other novels include A Lady of Good Family, about gilded age personality Beatrix Farrand, The Sweet By and By, about nineteenth century spiritualist Maggie Fox, Dreams of Empire set in Napoleonic Egypt, The Queen’s War, about Eleanor of Aquitaine, and The Frenchwoman, set in revolutionary France and the Pennsylvania wilderness.

Jeanne Mackin is also the author of the Cornell Book of Herbs and Edible Flowers (Cornell University publications) and co-editor of The Book of Love (W.W. Norton.) She was the recipient of a creative writing fellowship from the AmericanAntiquarian Society and a keynote speaker for The Dickens Fellowship. Her work in journalism won awards from the Council for the Advancement and Support of Education, in Washington, D.C. She has taught or conducted workshops in Pennsylvania, Hawaii and at Goddard College in Vermont.

A Francophile and lover of historical novels set during World War II, I jumped at the chance to read and review The Beautiful American by Jeanne Mackin, a fictional tale of two women who travel to England and France from America at the end of the Roaring Twenties.  Using two main characters to tell her story, one fictional and one real, Ms. Mackin takes the reader on an emotional journey covering the topics of women’s friendship, the changing role of women between the 1920’s – 1950’s and the ugliness of war.  If you’ve never read a book by Jeanne Mackin, this would be a fabulous start.

Ms. Mackin does an excellent job introducing the reader to her two main characters right from the start.  A fictional character, Nora Tours, an American woman living in France during World War II, is searching for her sixteen year old daughter, Dahlia, when she encounters Lee Miller, a famous model turned professional photographer, who is both an acquaintance and one time friend from her past.  As the reader is introduced to both characters it’s clear their history is fraught with emotional angst, betrayal and a friendship forged in their shared past in Poughkeepsie, New York.  As we get to know both Nora and Lee, it’s clear that while Nora is the more likeable character, Lee is the one history will remember.

Using flashbacks to tell the story of both women as they arrive in London and eventually move to Paris with the men they love, we learn about life in France between the wars and how art, money and society interacted.  A striking woman who was not ashamed of her body, Lee Miller becomes a famous model and with her lover, Man Ray, a famous visual artist, lives a life whose goal appears to be the acquisition of more fame.  Which is offset by how Nora’s life is more focused on those around her and the dreams she has for a home and a family.  As the war approaches and the situation between the two women takes them on different paths, along with a touch of betrayal on Lee’s part, we watch the two women struggle to survive in a rapidly changing world.

A gifted historical researcher, Ms. Mackin doesn’t shield her characters, or the reader, from the horrors of the war and what these women encountered.  As “The Beautiful American”, we watch as Lee becomes a photographer and reporter for Vogue during the war whose pictures covered events including the London Blitz, the Liberation of Paris, and the horrors of the concentration camps at Bacherwald and Dachau.  The author also covers the violence that women suffered on a more personal and physical nature.  Ms. Mackin’s writing style and form of prose make it easy to get drawn and lost in her story as we watch both women survive the war.

Will Nora locate her missing daughter?  Will Nora and Lee find a way to get beyond the past and forge a new and lasting friendship? And how will Lee Miller’s stories and photographs of the war impact society?  You’ll have to read The Beautiful American to find out, I enjoyed it and look forward to reading more of Ms. Mackin’s work.

To enter to win a paperback copy of The Beautiful American, please enter via the GLEAM form below.


– Giveaway ends at 11:59pm EST on October 2nd. You must be 18 or older to enter.
– Giveaway is open to US residents only.
– Only one entry per household.
– All giveaway entrants agree to be honest and not cheat the systems; any suspect of fraud is decided upon by blog/site owner and the sponsor, and entrants may be disqualified at our discretion
– Winner has 48 hours to claim prize or new winner is chosen.

Wednesday, Spetember 23
Review at A Bookish Affair
Review at History From a Woman’s Perspective
Spotlight at What Is That Book About

Sunday, September 27
Review at With Her Nose Stuck in a Book

Wednesday, September 30
Review at Queen of All She Reads
Spotlight at View From the Birdhouse
Spotlight at CelticLady’s Reviews

Thursday, October 1
Review at Dive Under the Cover
Interview at The Old Shelter
Guest Post at Books and Benches
Spotlight at The Lit Bitch

Friday, October 2
Review at A Fold in the Spine
Review & Interview at Singing Librarian Books
Spotlight & Excerpt at A Literary Vacation
Posted by Maria at Wednesday, September 30, 2015