Welcome to my stop on the Blurb Blitz, presented by Goddess Fish Promotions, for Lunation by J.J. Gadd.  Please leave a comment or question for J. J.  to let her know you stopped by.  You can enter her tour wide giveaway, for one (1) of three (3) eBook copies of Lunation, by filling out the Rafflecopter form below.  You can follow all of the stops on the tour by clicking on the banner above.  The more stops you visit, the better your chances of winning. 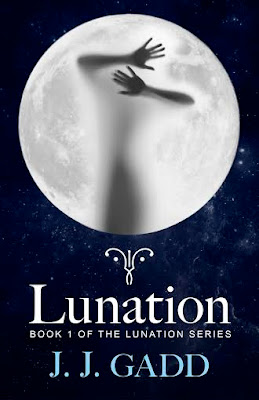 In this exciting story that allows the reader the choice of following different characters, young, sheltered Branguin discovers that his ancestor, Marama, has been trapped in the moon, and sets out to free her. But he must first unravel the mystery of how she got there, confront and defeat the sorcerer Raul, and counter a menacing new force that's assembling an army to attack the capital. Branguin deciphers the clues with the help of his companions, several lost relatives along the way. The Lunation Series is a modern-day moon myth about ordinary people discovering their inner strength and overcoming extraordinary challenges, in order to solve a great mystery.

Inside, the Boy cast a look around his surroundings, the wooden bed by the fire, the long wooden table, the animal skins stretched and drying on the walls around them, the dusty loom in the corner that had not seen use in his lifetime. The thrill he had felt at the thought of leaving grew. But he felt a great desire to farewell the old house first. He told Anselt as much. The woodsman’s response was predictably reluctant.

‘What for? It’s miserable in there, with all those things belonging to dead people! I don’t like it.’

‘I agree that the time has come for us to leave the forest, but I think we should have one last look,’ the Boy insisted, collecting a lantern and unlocking the little door. ‘We might learn something about why our families stayed here. Besides, we cannot leave until daylight anyway, with that strange beast lurking about outside — not to mention the wolves.’

Sullenly, Anselt picked up a lantern and followed him through the little doorway into the house. He was unrelentingly practical, and wary of things he did not understand, so the Boy’s suggestion that they separate and explore different rooms displeased him. He bit back a protest, though he could not suppress a frustrated sigh.

The Boy went to one of his favourite rooms first, the orchard room. To his shock, he found it was occupied by a young woman with long golden hair. She stood at the other end of the room, her back to him, staring out into the darkness past the branches of the old fig tree that crowded the window. He quelled an alarmed yelp — though later he was unsure if it was her presence or her large yellow eyes that disturbed him the most. He had seen yellow eyes before, of course — his own, far-seeing eyes were yellow, and the memories of the stones were full of yellow-eyed folk, but in real life he saw that they were alarmingly large, and almost glowed.

‘How did you get here?’ he asked, just as she snapped ‘What are doing you here?’.

Though the Boy had come to see the room and house as his domain — regardless of whoever owned it, he’d been haunting these rooms for years, without encountering another soul — he answered first. ‘I come here often. I like this room.’

She continued to stare at him, and as the silence grew he tried again. ‘Are you from Vernon?’

‘No, I’m not from Vernon,’ she hissed, then turned away. Eventually she spoke again, though she kept her back to him. ‘I too like this room, though it is a long time since I have seen it. Do you live in this house? Who lives here with you?’

‘I live — lived — with my grandfather and his servant, Anselt. We don’t go in the house often, though; we stay in the kitchen.’

‘Anselt?’ He could tell by the sound of her voice that she was frowning, or puzzled. She turned to face him. ‘What is your name?’

The Boy shrugged apologetically. She stared at him for a long time, her ageless face as still and white as porcelain. ‘How odd to have no name. Though I suppose, if one does not know one’s name, one cannot give it away carelessly. Are your companions of Geolwe blood, like you? Do they have your yellow eyes?’

When the Boy shook his head, the yellow-haired woman looked amused. ‘Did you not know you were of the Geolwe? Do you know what it means? But then I suppose few do, these days.’

She climbed further back into the tree, gathering the skirts of her brightly coloured red dress to save them from catching on the branches. ‘Tell no one of this meeting,’ she said, as she leapt from the windowsill.

The Boy cried out, and ran to the window, but by the time he reached it and peered down to the trees below, there was no one to be seen. 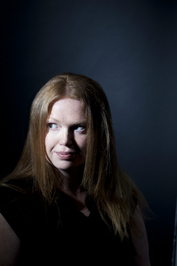 JJ Gadd is an Australian writer based in regional Victoria. She likes green and growing things, cooking, and history - particularly antiquities. The call to writing came young, and she worked as a journalist and editor for more than 15 years, garnering the life experience she thought she’d need in order to do justice to the story she’s wanted to write since she was a girl. Now that she’s a grown-up she’s realised that life experience is something that keeps happening - but she wrote the story anyway.

a Rafflecopter giveaway
Posted by Maria at Wednesday, September 02, 2015