Book Blast & #Giveaway for Picture Me by Amy Schisler

Welcome to my stop on the Book Blast, presented by Goddess Fish Promotions, for Picture Me, A Mystery by Amy Schisler.  Please leave a comment or question for Amy to let her know you stopped by.  You can enter her tour wide giveaway, for a $25 Amazon/B&N GC, by filling out the Rafflecopter form below.  You can also follow all of the stops on Amy’s tour by clicking on the banner above.  The more stops you visit, the better your chances of winning. 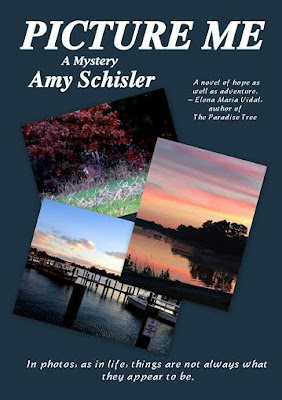 Picture Me, A Mystery
By Amy Schisler

Melissa Grant has escaped the clutches of death, not once, not twice, but three times. While she considers this to be divine intervention, her assailant is sure that her luck will run out, and the authorities are suspicious that Melissa isn’t as innocent as she seems. Implicated in the murders of two of her closest friends, and running from both a hit man and the law, Melissa does what is thought to be impossible in the 21st Century – she disappears.

Julie Lawson has no family, no friends, and no past. She spends her days photographing the country and her nights tossing and turning as nightmares plague her sleep. While passing through the town of St. Brendan, on Maryland’s Eastern Shore, Julie finds some things she hasn’t had in a very long time – a home, friends, and love. For the first time in two years, Julie can see her future, but she can attain it only by surviving a predator from her past.

Eric West has a past of his own that he is trying to forget. His return to his hometown keeps his demons away until he meets Julie, and she stirs up emotions in him that he hasn’t felt in a long time. As he slowly begins to let go of this past, Eric tries to break down the walls that Julie has so tightly built around herself. Gaining her trust one small act at a time, and hiring the best investigator in DC to dig for answers, Eric opens the Pandora’s Box to Julie’s past which threatens all of their futures.

Julie hadn’t thought to bring a flashlight with her and now regretfully acknowledged one of the many pitfalls of no longer owning a smartphone.  As darkness fell, she picked up her pace, unsure of how much farther she had to go until the end of the trail.  Surely it was safe to be out here in the dark at night, right?  This was a small town, after all.  An owl hooted, and the hair on the back of Julie’s neck stood.  Once again, she felt that familiar feeling that jump-started her heart to begin thumping in her chest.  She was not alone. 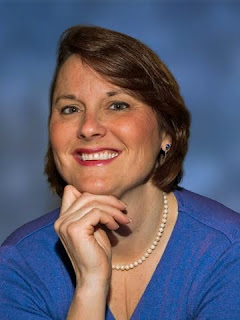 Amy MacWilliams Schisler, of Bozman, has been writing all of her life for fun and as a freelance writer.  A graduate of University of Maryland College Park with a Masters of Library and Information Science, Amy has resided in Talbot County for 21 years.  She was employed as a school library media specialist at White Marsh Elementary and Chapel District Elementary and a reference librarian at Chesapeake College.  For the past eight years, she has operated her own computer tutoring service working primarily with senior citizens while spending as much time as possible writing. Amy was a contributing editor for the reference series Best Books For Libraries 2004 Edition and is included in Who’s Who Among American Women.

Schisler’s first children’s book, Crabbing With Granddad, is an autobiographical work about spending a day harvesting the Maryland Blue Crab and is available in local stores and the Chesapeake Bay Maritime Museum as well as on Amazon.  Sarah Book Publishing released Schisler’s novel, A Place to Call Home, in August of 2014.  A revised second edition was released in March 2015.

Picture Me, A Mystery was released on August 17, 2015.  The book follows the plight of a young woman as she journeys across the country assuming one identity after another in order to stay alive.  When she lands in a small port town on the Eastern Shore of Maryland and meets the man of her dreams, she lets her guard down and puts her heart and her life in danger.

A former librarian and teacher, Amy now lives in Bozman, Maryland with her husband, three daughters, and two dogs where she is very involved in her local community.  Amy is the leader of Girl Scout Troop 453, Director of Summer Roundup Girl Scout Camp, and active in her family’s church and school.

a Rafflecopter giveaway
Posted by Maria at Monday, September 14, 2015