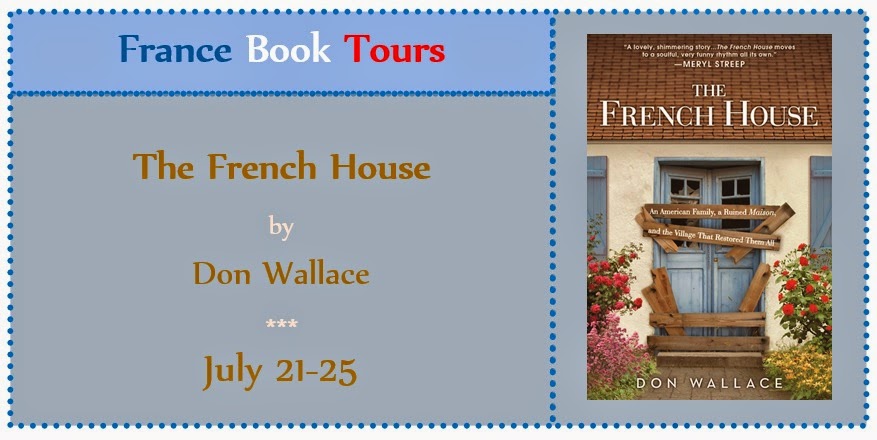 Welcome to my stop on the Virtual Book Tour, presented by France Book Tours, for The French House by Don Wallace.  Please leave a comment or question for Don to let him know you stopped by.  You can enter the tour wide giveaway, for a print copy of Don’s book and a French gift basket with chocolate, by filling out the Giveaway Toolbox form below.  You can follow the rest of Don’s tour here, the more stops you visit, the better your odds of winning.

Love, Sex and Cigarettes in a Small French Village
By Don Wallace

Look, the title above may be a complete and blatant come-on, but when you have a house in France, people come to you with certain expectations. Ours is a former ruin in a tiny village, but that didn’t stop the New York City lawyer whose son was staying with us—to keep our son company—from parachuting in unannounced. He had an inkling that his wife, who’d dropped their boy off, wouldn’t be able to resist the wiles of the men she might meet.

Or, in her case, the man she arranged to meet her, on our island off the coast of Brittany. He flew all the way in from Los Angeles. And so there we were, in the middle of a menage-a-trois, with children involved, too, in a stormy windswept landscape straight out of Jane Eyre—running into or keeping apart two besotted American men on the moors and beaches while their object of affection, the blonde housewife, weighed their qualities.

Don’t suppose that would ever happen in the U.S. Or at least not so romantically.

Another year, a similar desire swept a pack of pre- and barely-teenage Americans that included our son. We’re talking 11-year-olds (and a few old enough to drive) going in search of a disco; they found it, too, in a creperie called Au Grand Large. It was at the edge of a wheat field, bordered by hedgerows and low stone walls, near enough to the cliffs of the Cote Sauvage that a sharp wind blew wisps of fog through the street—a perfect disco effect that wasn’t available inside.

So is it true, about the French? (You supply whatever attributes you like.) Is it true that Americans and other foreigners arrive looking for a national cliché of a tousled, sloe-eyed creature radiating Gallic savoir-faire, with the option of a drooping lower lip attached to a cigarette? To be analytical about the visitors we’ve received over the last 30 years, I’d have to say no. Most of them when they arrived were actually more interested in a good meal with a nice bottle of wine at a price they couldn’t get in the U.S. Or, if they were our son and his cousin and friends, in whether anyone in the village had a Nintendo or X-Box.

But at some point, I must say, the self-sweeping radar of desire does always seem to locate a target and send back the coordinates. Even my father, happily married to my mother for 50 years, found himself in a compromising position—a mature but shapely Frenchwoman kneeling before him, applying a poultice of herbs and moss to his bloody shin after he barked it on a low stone wall.

My mother, looking on, was not amused. She sat Dad next to her for the rest of the afternoon and didn’t let him out of her sight.

I had a similar moment, which I handled with much more
confidence, I’d like to think. That was when Dede, the cowherd from a couple of villages over, proposed to my wife, Mindy. He assumed rightly that my French wasn’t good enough to pick up the nuance of “want to become the mistress of 20 cows and 20 hectares of land?” Fortunately, he misjudged Mindy’s love of manure.

Mindy has also forgiven me my decades-long flirtation with the lady who sells the most beautiful, white, globular, quivering little cheeses… When you’ve been coming to France for 35 years, you naturally become more sophisticated. And even if we’re American, we’re broad-minded enough, I’d like to think, that what happens at the dinner table stays at the dinner table. 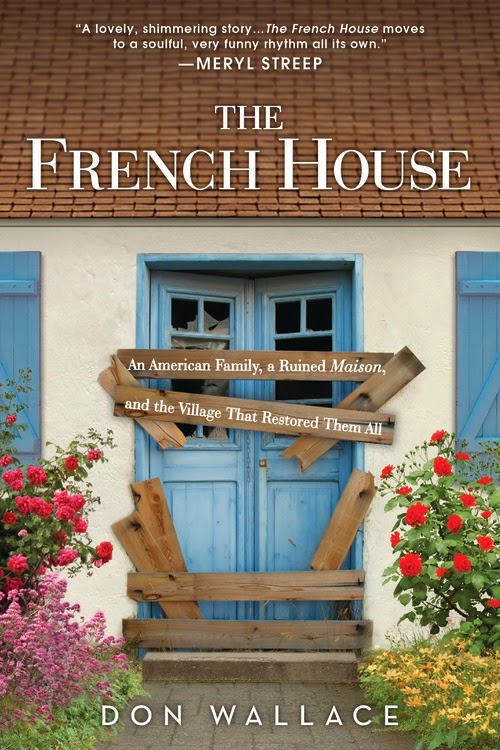 The French House: An American Family, a Ruined Maison, and the Village That Restored Them All

Shortly after Don and Mindy Wallace move to Manhattan to jump-start their writing careers, they learn of a house for sale in a village they once visited on a tiny French island off the Brittany coast. Desperate for a life change, the Wallaces bravely (and impulsively) buy it almost sight unseen.

What they find when they arrive is a ruin, and it isn’t long before their lives begin to resemble it—with hilarious and heartwarming results.

Redolent with the beauty and flavors of French country life, The French House is a lively, inspiring, and irresistibly charming memoir of a family that rises from the rubble, wins the hearts of a historic village, and finally finds the home they’ve been seeking off the wild coast of France.

PRAISE FOR THE FRENCH HOUSE

“A journalist and fiction writer’s account of how a crumbling house he bought on a French island became his family’s unexpected refuge and salvation…Warm, funny and full of heart.” –Kirkus Reviews

“On a tiny French island, a couple of American dreamers redefine their lives by restoring a ruin—which in this lovely, shimmering story becomes a parable of a saner, greener, more sustainable path that we all can follow if we will but listen to the wisdom of the villagers the way the Wallaces did. The French House moves to a soulful, very funny rhythm all its own.” – Meryl Streep 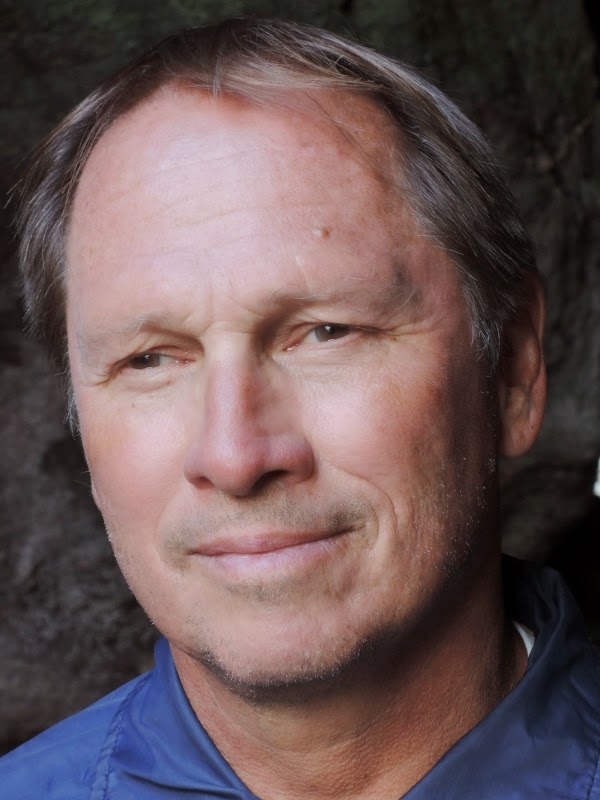 Don Wallace is the author of THE FRENCH HOUSE: An American Family, a Ruined Maison, and the Village that Restored Them All (Sourcebooks). He has spent most of his life as a journalist, critic, and editor in New York City and Honolulu—that is, when not in France.

He is the author of four books, including the novel Hot Water (Soho) and One Great Game (Atria). He has written about Belle Ile in four essays for The New York Times and others in Islands, SELF, Walking, and Diversion.

Awards include the Pluma de Plata Mexicana for reporting, the James Michener Award from the Copernicus Society for fiction, and Best American Essays, Roll of Honor (ed. Cynthia Ozick). Visit his website at www.don-wallace.com and view his photos on Pinterest at The French House.

Want to visit France? If like me you want to visit, but it’s not in your budget, picking up a copy of Don Wallace’s The French House will temporarily scratch your itch.  Filled with memories, anecdotes and his love for the villagers he has come to know, Mr. Wallace’s book gives us insight into the Gallic approach to life.  An approach I find very appealing.

While most people wouldn’t purchase a home in a foreign country sight unseen, Don and Mindy Wallace, two free-spirited New Yorkers did just that.  Moving their family to France, the Wallace’s find themselves neck deep with necessary repairs and renovations on a “ruin”, cash flow problems and interesting neighbors.  Falling in love with a different way of life, and staying strong despite the challenges, they slowly transform their “ruin” into a home over several decades.

While Mr. Wallace provides plenty of amusing home repair situations, it’s the relationship his family forges with the local villagers on the island of Belle Ile that really make his story standout.  Filled with descriptions of the French countryside, comparisons between life in America, mainland France and Belle Ile, along with discussions about the French food, made me long to become a guest in their home.  Especially when told in Mr. Wallace’s easy to follow style.

Reminding us that not everything in life has to be done in a “rush”, the Wallace’s worked tirelessly to change their lives.  And embraced what life brought them.  While there were some sections that moved a little bit slowly, overall this is an enjoyable book and one I’m very happy I had the opportunity to read.  While I may never get to visit France, I do feel as if I’ve gotten to know the French philosophy towards life a little bit better just by reading The French House.

Five winners will win a print copy of The French House  and a French Basket with Chocolate. 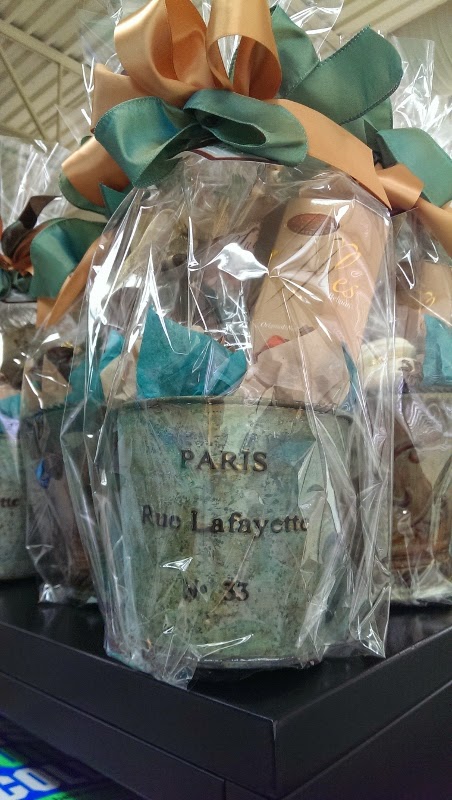