Review Tour & Giveaway for The Lost Flower by Geraldine Solon

Welcome to my stop on the Review Tour, presented by Goddess Fish Promotions, for The Lost Flower by Geraldine Solon.  Please leave a comment or question for Geraldine to let her know you stopped by.  You can enter her tour wide giveaway, for a print copy of The Lost Flower, by filling out the Rafflecopter form below.  You can also follow the rest of her tour here, the more stops you visit, the better your odds of winning. 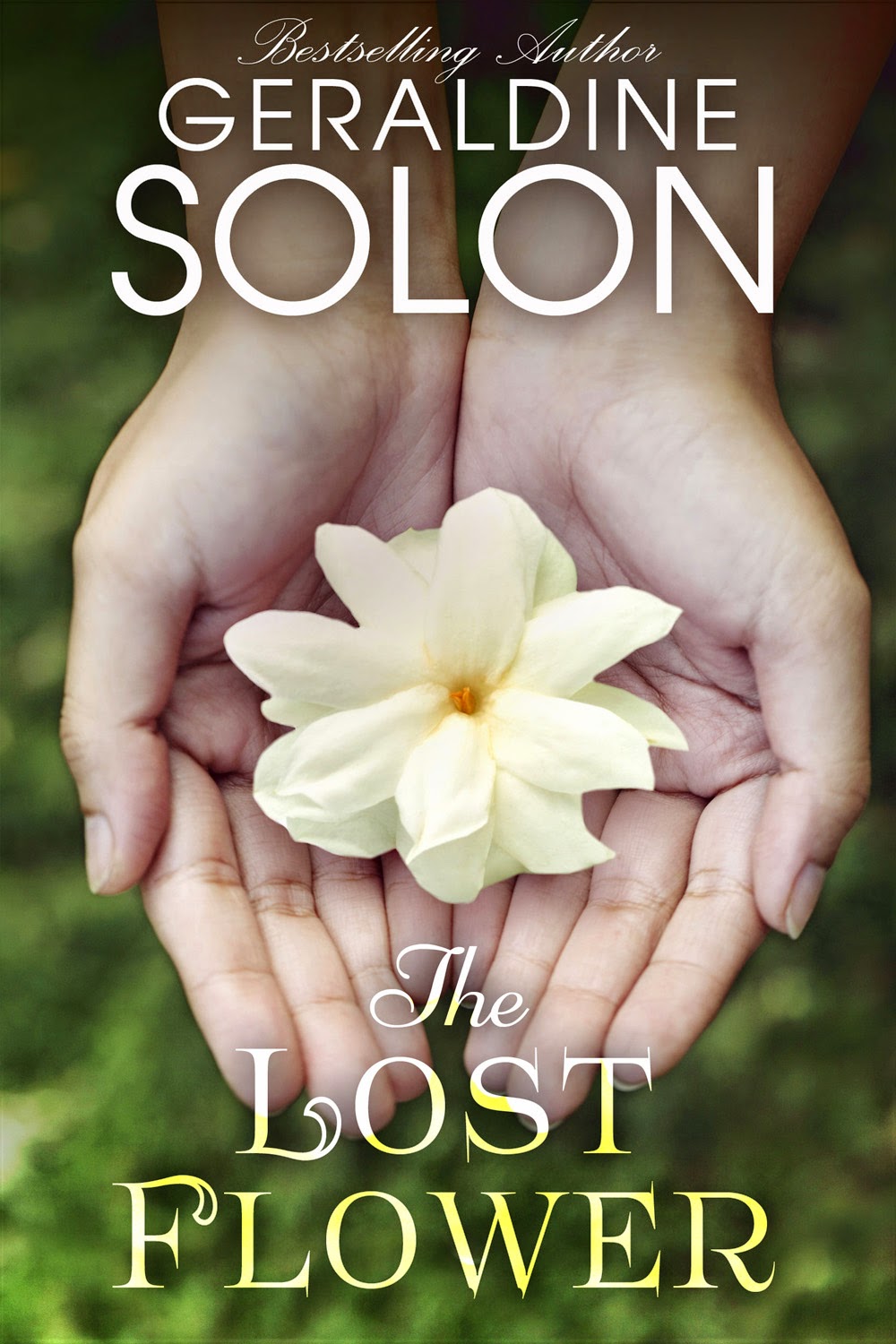 The Lost Flower
By Geraldine Solon

After third grade teacher, Lacy Stone undergoes a kidney transplant she develops vivid dreams of a toddler running away from a blazing fire. Lacy soon embarks in a journey to Boracay island, Philippines to find answers. On the island, Lacy meets Sampaguita Navarro, one of the last few Aetas of her tribe. As a manghihilot, Sam hopes to open her own holistic spa on the island, but as she acquires tragic visions, she discovers that her gift of touch comes with a price.

Searching for clues, Lacy crosses paths and falls in love with investor, Adam Shaw not realizing that he's the prime target of waitress, Frankie Lloyd who has acquired a new identity to seek revenge and claim her redemption. When Lacy and Sam provide a threat to Frankie’s plans, trouble looms paradise which leaves Lacy with a choice between saving the man she loves or the child from her dream.

Smoke filled the air as Lacy Stone raced through the crowd of bystanders standing outside a burning resort surrounded by tall coconut trees. Flames bellowed all over the place as three men eradicated the fire. A short dark man carried a white man splattered with blood all over his face and clothes as the man laid him on a stretcher.

“My wife?” He called out with his raspy voice. “Where is she?”

“We’re still searching for her.”

The bystanders mumbled in their native tongue.

The man positioned the oxygen mask on his face. “We have to rush you to the clinic.”

A wailing sound echoed as people pushed their way to the resort. Lacy spotted a toddler with curly hair carrying a bouquet of white flowers scurrying towards the island. Without hesitation, Lacy scampered after her. “Wait.”

A strong wave splashed through the child and carried her deep into the ocean.

Lacy dove into the water hoping to save her. Air escaped her lungs, then everything went black.

Feeling a nudge on her shoulder, a familiar voice said, “Lacy, are you all right? Looks like you had a bad dream.”

Lacy pushed the comforter down, gasping for breath as she caught a glimpse of the ceiling fan in her bedroom. 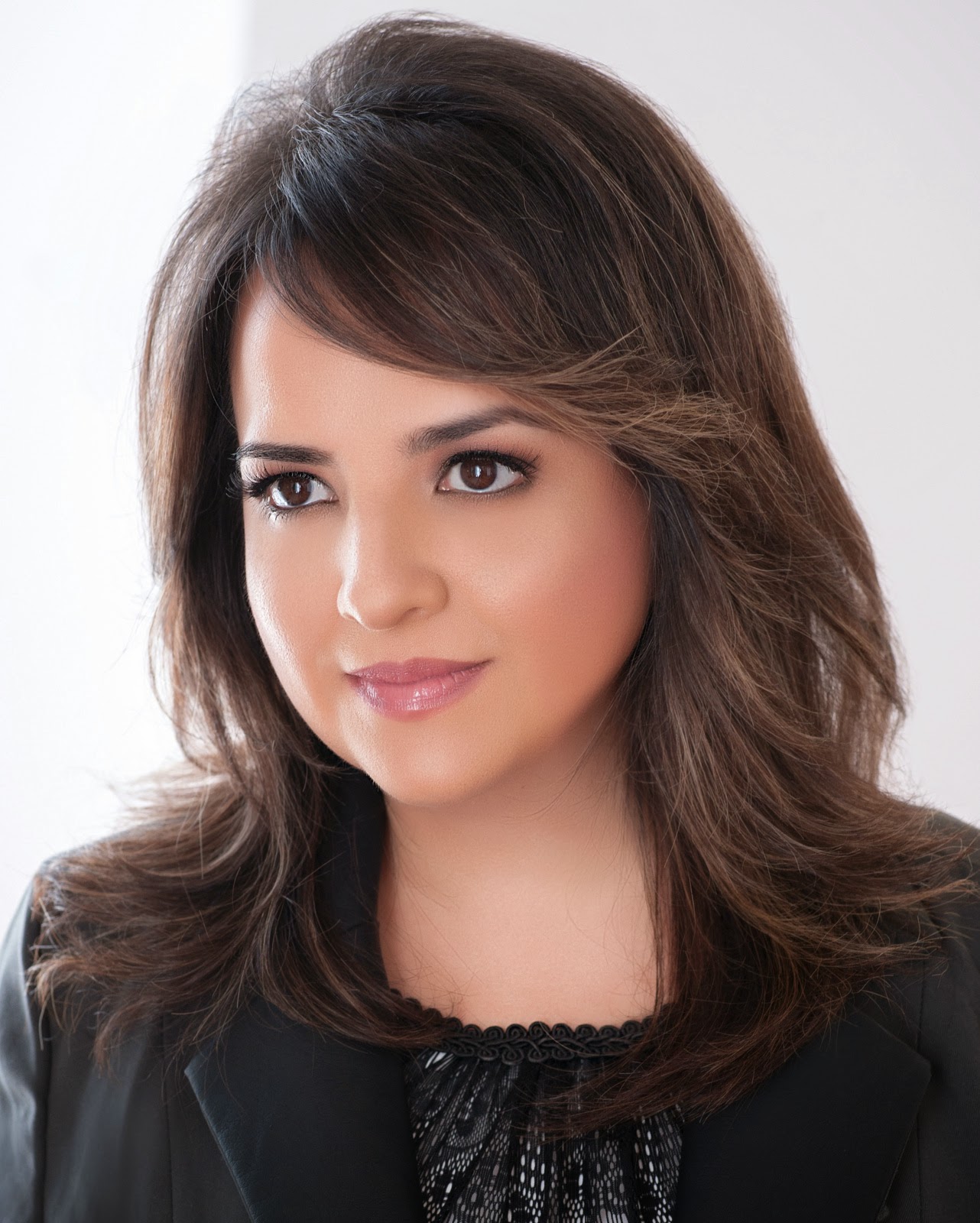 Geraldine Solon is the award-winning, best-selling author of three novels—Love Letters, Chocolicious and The Assignment and a marketing guidebook, Authorpreneur in Pajamas. Two of her books have been adapted into film. Geraldine is the Managing Editor of food/fashion/lifestyle magazine, Gastronomique en Vogue.

Geraldine is also the Vice President of the Fremont Area Writers club and the Screenwriter/Executive producer of her upcoming movie, Love Letters.

Geraldine has studied creative writing and screenwriting courses at Stanford University. She is currently working on two novels and a screenplay. You can learn more about Geraldine at www.geraldinesolon.com

Three women, three men, an exotic island in the South Pacific and the future of a tribal culture all play a key part in The Lost Flower by Geraldine Sloan. Blending women’s fiction and romantic suspense, Ms. Sloan’s characters are well developed, interesting and very colorful.  While the story’s pace is relaxed, like life on the island where the story is set, the romance and mystery kept me turning the pages to find out what was going to happen next.

Ms. Sloan does a good job developing all of the characters in the story; I enjoyed getting to know Lacy Stone, the young teacher whose kidney transplant changed her outlook on life.  I liked how she developed the courage to follow her dream about a little girl and was determined to find her even though it meant she had to travel almost half-way around the world to do so.  I also enjoyed getting to know Sampaguita “Sam” Navarro, a native islander who’s still dealing with a tragic loss in her life and who has a hard time accepting her natural “gifts”.  Gifts which include visions of people’s lives.

Ms. Sloan even did a good job developing Frankie Lloyd, a woman who is more than what she seems and who poses a real threat to pretty much everyone in the book.  Frankie is definitely a colorful character and she’s the one who really ties the other two women together.  Her actions, and her mental state, are very important to the story.

While Ms. Sloan did a good job developing the women in the story, they are the main characters and their stories are what tie them together, she only did an okay job developing the men.  Unfortunately this made them harder to connect with.   I did like getting to know Alejandro, an island native and childhood friend of “Sam”, and I also enjoyed getting to know Adam, the man who captures Lacy’s heart, but their stories aren’t really flushed out and there are 2 additional male characters that really needed more development for the story.

Will Lacy be able to discover exactly why she’s compelled to go to a faraway island?  Will Sam ever accept her “gifts” and what’s in her future?  And what will happen to Frankie Lloyd at the end?  You’ll have to read The Lost Flower to find out.  I enjoyed it and look forward to reading more of Ms. Sloan’s work.

a Rafflecopter giveaway
Posted by Maria at Tuesday, July 29, 2014