Tour & #Giveaway for Sonar the Surge by B. Truly

Welcome to my stop on the Excerpt Tour, presented by Goddess Fish Promotions, for Sonar the Surge by B. Truly.  Please leave a comment or question for B. to let her know you stopped by.  You may enter her tour wide giveaway, where one (1) randomly chosen commenter will be awarded a $15 Amazon Gift Card, Sonar book mark, & Sonar The Surge Photo magnet, by filling out the Rafflecopter form below.  You may follow all of the stops on the tour by clicking on the banner above, the more stops you visit, the better your odds of winning.  Good luck! 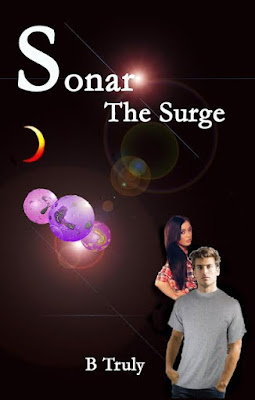 Sonar the Surge
By B. Truly
The Sonar Series, Book 3

Eclipsed by darkness, the Romelands must face the ultimate quest. If they are forced toward the umbra peak, they will be completely obscured.

Symone struggles with her most challenging battles … the conflict within herself. Losing loved ones steals part of her soul. Despair has created a gaping hole where her heart should be. Symone doesn’t even recognize herself. She has to determine if this is the person she’s turned into, or if it is who she has always been.

Nile is an attractive aristocrat whose charm and arrogance drives Symone insane. Beyond Symone’s control, Nile is spun into her life. But she’s not sure if she can have a relationship with him or where that could lead her. Embracing love could make her whole again, but it may also destroy her. Symone must travel through the opaque light in order to find where her destiny lies.

Symone’s family, Shiray and Syira, continue to fight in the feuds of their galaxy. Together they have to find the balance between compassion and sacrifice. Kadanans are being held captive, and they hold the fate of their world in their hands. They have only begun to understand the consequences of the devastating realities of war.

The enemy of my enemy is my friend, is the philosophy the Romelands now abide by. With chaos and turmoil at every corner, they may forget what is worth fighting for. The surge for power has erupted. Only the strongest race will be left standing.

A deafening boom hammered through the wind. Huge mounds of snow caved inward as the blast spread. We rendezvoused with our other ships near the palace’s location, waiting for their counter. Nile came over to me and squeezed my hand.

“How are you holding up?” he asked.

“My stomach’s in knots, but I’m ready to see this through.”

Nile gave me a reassuring smile. “No matter what, we’ll get through this together.” I beamed, stood on my tip-toes, and kissed his lips softly. “I love you,” he murmured, gazing into my eyes.

Zeus must have had his troops on autopilot. They started to come out of the woodwork, in the air and on the ground.

“Get the ship’s force field up. Prepare for attack!” Nile commanded.

Sky battle emerged. Marie fired our laser guns, and our other ships unleashed theirs. The Polars had their shields up, too. But Marie, being a wizard pilot, knew just how much thrust and push to give to allow her to penetrate them. She blasted our more powerful laser cannon, blowing two of their vessels to smithereens. We were supposed to stay airborne along with several others in our squadron to hold them off. Syira and Kadeem were in charge of ground teams. Once they overtook their defenses, we would free the remaining hostages.

Unfortunately, Fate had a different plan. The Polar’s got wind of Marie’s supreme flying skills and ambushed us. Four were on our tail. Marie swiveled and swerved, dodging their retaliation fire. My head jerked as we flipped in a somersault motion to miss the beams. I clutched my seat. Sax ran to the rear guns. Nile was on the computer monitors, helping to direct Marie. I didn’t think my heart could beat any faster. The ship shook as we received numerous hits; the shield was weakening.

Kumar rose from his seat. Several of my comrades in the cockpit area with us gasped. One of their vessels plowed into us and slammed our craft into the side of a mountain. The collision made a thundering bang. Kumar was hurled across the cockpit.

“Kumar! Are you hurt?” Marie asked, not taking her eyes away from the controls. He mumbled an okay; she sighed. Then she submerged before they could ram into us again.

However, the impact with the jagged rocks had formed a huge, ragged hole in the side. Remnants of our vessel crumpled off as we moved at a tremendous rate. Among these bits and pieces was my seat. With me in it! I barely had time to unbuckle my belt. The pressure of the wind tossed me out of the hole. Marie extended her arm in my direction. I felt frozen in place. Marie’s power was object projection. She could command an object to come to her and it would. It seemed to work differently on a Kadanan body, but I was grateful that her power slowed down my fall. By the grace of God, I gripped the edge of metal at the opening. My entire body hung mid-air. The force of the wind was horrendous. I saw my life flash before my eyes. 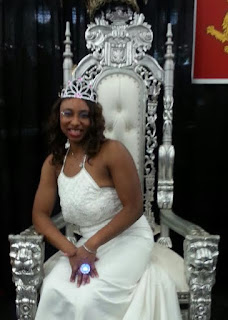 B. Truly has wanted to be an author since she was fifteen years old and is grateful to have accomplished this dream. She has very vivid dreams and a wild imagination. She likes to read, watch tons of TV shows, and movies. She is addicted to romance and gets a thrill out of action and suspense. She writes New Adult, Fantasy, Sci-fi, and Paranormal-Romance.
In the Sonar series, B Truly said, “It was fun to explore different elements of Sci-fi romance and create various realms of powers for my characters. I want to show my readers that Sci-fi can be fun, but also traumatic. I hope you guys enjoy the Sonar Series.”

B Truly has three wonderful children and a husband who defines the person she is today. She works full-time as an Ultrasound technologist in Sugarland, Texas.

a Rafflecopter giveaway
Posted by Maria at Tuesday, August 23, 2016