Rising Up with Ren Crown 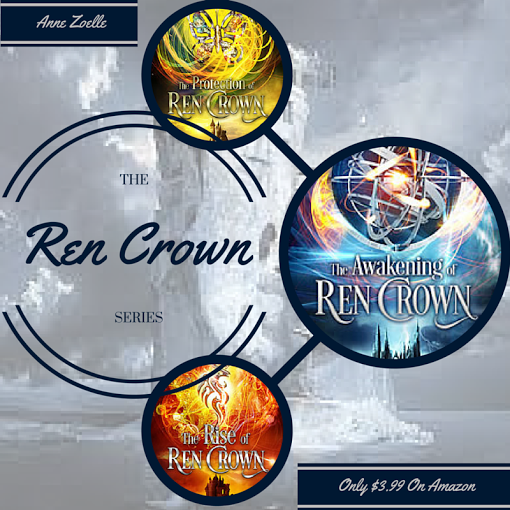 Here's an excerpt from The Awakening of Ren Crown by Anne Zoelle we know you'll enjoy!

Devastated by the loss of her twin–and consumed by the realization that magic actually exists–art student Ren Crown illegally enrolls in a fantastical university determined to bring her brother back to life. But caught in a time of war, and as a mage with abilities that both sides want to harness and use, Ren finds herself an unwitting pawn in a larger game.

Nothing ventured, nothing gained.

I awakened early and began the arduous climb up the mountain. Alone on the path, I had ample time to think. Equal amounts of apprehension, excitement, and terror flowed through me, and I began to second-guess my decision.

A soft, comforting whisper wrapped around me. “You can do this, Ren. You’re strong and capable.”

Hearing Christian spurred me on. The journey suddenly seemed less lonely. And before I knew it, stretching across the flat grass of the fifth band near the top of the mountain—and encircling the entire mountainside—was the mammoth nine-story structure straight out of Ancient Rome that was referred to in the administration packet as the Magiaduct, or more informally, Dormitory Circle.

A stone-columned arcade lined the lower level, providing coverage for students walking from door to door. Symmetrically spaced between the entrance doors were gateways, allowing a tunneled path to the other side of the building. From the second floor skyward, the building was an unbroken wall of ancient multicolored stone and glass. In the morning light the façade glowed and shimmered, alive with color. If I survived the day, I would lovingly admire its classic architectural magnificence tomorrow.

With a cocktail of emotions stirring inside, I walked beneath the nearest arcade arch, passed a group of students laughing together, and approached a door. Apprehension. Excitement. Terror. The number thirty-two was carved into the stone above the wooden door, bright in the rising sun. I continued on to the right—hoping that walking counter-clockwise decreased the number count—past another stone gateway and to the next door. Thirty-one. It was a hike between doorways. The administration packet had mentioned thirty-six, nine-story “dorms” each housing four hundred students, solidly ringing this level of the mountain.

People were running on top of the Magiaduct. Some of the workout gear was rather strange looking, even from this distance. But the evidence of a track indicated you could at least move from one dorm section to the next at the topmost level.

I continued on until I reached the heavy wooden door beneath the stone-carved number Twenty-five.

Nothing ventured, nothing gained. I swallowed hard and opened the door. I had expected the interior to be stark and medieval, but the lower-level meeting and study area was fresh and bright with white slate floors and cream walls. Rich walnut furniture and comfortable sofas and lounge chairs upholstered in rich burgundy and forest green were scattered about in conversational pods, giving the room a warm and inviting feel. The area was a bustle of activity, with students entering, loitering, and exiting.

I climbed the nearest staircase and found room fifty-two on the second floor. I took a deep breath, hoisting my papers more firmly in the crook of my arm, and knocked.

I knocked again, then leaned casually against the wall and inserted one of Marsgrove’s straightened paperclips into the lock to see if a chomper engaged.

No answer, no chomp.

Relief nearly unbalanced me. No one was inside and the lock was completely standard, thank God. I could have it scrubbed open in ten seconds. Two students engaged in a hot debate passed me.

The boy shook his head. “Brute force will always win. Magic is might.”


I knocked on the door again, trying to look like I wasn't loitering, and discreetly pulled out my favorite rake and torque wrench from my brother's set, using my knee to press my papers against the wall so that I could use both hands.

The door yanked open and a chilly voice said, “Yes?”

My papers spilled to the floor as I jumped away in surprise. I quickly bent my fingers around the pick and wrench, shoving them back along my wrist and up into my shirt’s sleeve. I cleared my throat nervously.

Potential new roommate Olivia Price was dressed in a tailored black and gray dress that looked very severe on her tall, thin frame. I couldn't help glancing at my own clothing, feeling more than a little out of place. But other students had been dressed in a wide variety of styles, especially the students whose clothing continuously changed form. More than a few people had been informally dressed in First Layer fashion.

I was fine. Normal looking and totally as if I belonged, I tried to assure myself. I bent to collect my papers, then pasted on a bright smile and held up my forged documents. “I'm your new roommate.”

Her hair was pulled tightly into a bun as severe as her clothing, and rectangular black glasses perched on the bridge of her very straight nose. She smiled down at me, but there was no humor in her eyes. “Are you?”

This now clearly qualified as a complete introduction failure. I tried desperately to keep my face calm and smiling. It had been a stupid plan. Thoughts tumbled through my head on how to nonchalantly extricate myself. I'd figure out something else. I had six thousand vertical feet of space to work with.

“Come in, then.” She stepped back, a clear invitation to enter, despite the cold amusement decorating her features. I hesitated over the threshold, then walked inside.

The feel of a net descended and I lashed out with my arms, thinking that I had once more let myself be captured. But the magic gently pushed my limbs back to my sides. It swirled inside me and pushed against the cuff encircling my wrist. The net stroked me, then gently dissipated.

I squirmed, feeling suddenly like I was in the right place, then realized the austere girl standing silently in front of me had to think I was certifiable. The skin around her eyes tightened, loosened, then tightened again, as if she were surprised, then displeased by something.

I cleared my throat. “Hi.” I tried to remember my cover story, as well as how I could admit to having gotten the room wrong. “Sorry. I just transferred from—”

“That is your side.” She pointed to the empty bed and desk on the window side of the room.

My thoughts and words all crashed together. “What? Really? I mean, yes, great!” The feeling that I was in the right place intensified, then slowly dissipated.

There was a curiously blank look to her expression, all tightness gone. As if she had no emotional reaction to me at all any longer. “You stay on your side, I'll stay on mine.” And with that, she turned to her desk and an enormous tome that was placed there.

I quietly walked to the empty desk on the far side of the room. The energy that had been capped by Marsgrove's cuff was restless now, pushing and leaking, as if it had tasted freedom for a moment and now refused to be denied. The room's magic hummed around me.

Read the first two chapters of The Awakening of Ren Crown  on Anne's website! 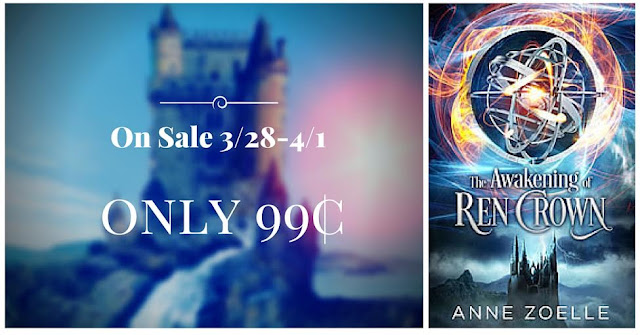 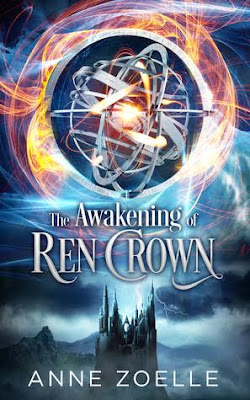 Devastated by the loss of her twin–and consumed by the realization that magic actually exists–art student Ren Crown illegally enrolls in a fantastical university determined to bring her brother back to life. But caught in a time of war, and as a mage with abilities that both sides want to harness and use, Ren finds herself an unwitting pawn in a larger game.

Needing to hide from those who wish to enslave her, Ren gambles everything on her determination to succeed, putting herself in plain sight of those who could capture her. Constantly needing to figure out who to trust–a cold, powerful roommate, a genius magical engineer, the most powerful combat mage of their age, a mysterious muse, a cunning and brilliant tactician, a charming terrorist, an influential politician, or the voice of her brother…the hardest thing may be trusting her own heart. 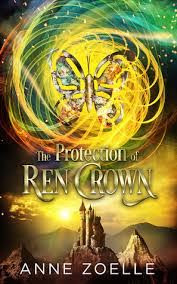 Barely surviving her first term at college, all Ren wants to do over break is relax and bond with her roommate—not get eaten by a sentient building or attacked on the street. But with increasingly open warfare brewing between the magical factions and Layers of the world, this time, Ren will not fail in making sure everyone she loves stays safe and protected.

That includes doing things like filling her parents' house with personal art heavily embedded with wards, bubble-wrapping her increasingly imperiled roommate, and even making sure that a certain sexy thorn-in-her-side continues to breathe free air.

Finding herself on duty protecting the entire university alongside campus god Alexander Dare...was not what she'd had in mind.

But this time it's not only her life on the line. And Ren will do anything to protect those she loves. 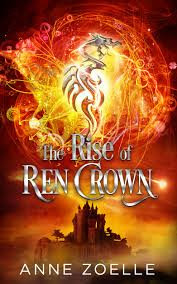 Reeling from what the students at Excelsine University are calling "Bloody Tuesday," Ren is determined to regather her magical family. But the events of the attack were not without multiple costs. Magically broken and exposed, Ren is ripe pickings for multiple factions that want to use and chain her, and the Department is the scariest of the pack.

With only a limited amount of time to save her friend, and confined with the rest of the student body awaiting their fate, Ren stands a mere hairsbreadth from losing her freedom completely with each and every decision she makes. 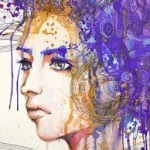 Anne Zoelle has loved books about fantasy, magic, math, wit, and imagination since devouring A Wrinkle in Time, Phantom Tollbooth, Alice in Wonderland, and the Chronicles of Narnia as a child. Split between the midwest and west coast, she writes books for all ages, as well as for furry monsters, sentient libraries, and adventuring aliens.

Anne Zoelle is the pseudonym of a USA Today Bestselling Author. She is currently working on the fourth book in the Ren Crown series.
Connect with Anne on her website, Facebook, or Twitter. 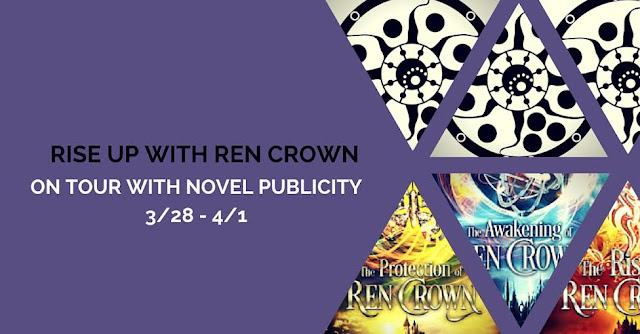 a Rafflecopter giveaway
Posted by Maria at Friday, April 01, 2016