Welcome to my stop on the Name Before the Masses Tour, presented by Goddess Fish Promotions, for Cold-Blooded by Lisa Regan.  Please leave a comment or question for Lisa to let her know you stopped by.  You may enter her tour wide giveaway by filling out the Rafflecopter form below.  You may follow all of the stops on the tour by clicking on the banner above, the more stops you visit, the better your odds of winning.


Main Character, Jocelyn Rush, a tough single mom. She used to be a detective with the Philadelphia Police Department. Now she is the owner of Rush & Grant Investigations, a PI firm.

Anita Grant – Jocelyn Rush’s partner,
also a single mom who
used to live on the other side of the law.

Cash Rigo – the main suspect in the murder of Sydney Adams. He was Sydney’s track and field coach. 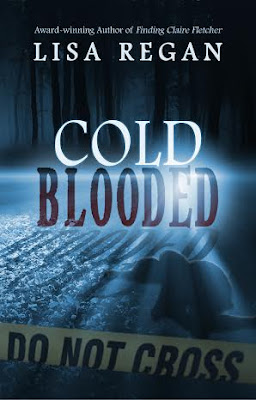 Fourteen years ago, high school track star Sydney Adams was gunned down in Philadelphia’s Fairmount Park. The investigation yielded useless clues, and the case went cold. But homicide detective Augustus Knox never gave up on finding Sydney’s killer. Now, retired from the police force and with only months to live, he enlists the help of private investigator Jocelyn Rush to clear the case once and for all.

Armed with little more than a theory as to who murdered Sydney, Jocelyn tries to lure a killer into the open. But unraveling the mystery means facing off against a cunning psychopath whose ruthlessness knows no bounds. When more bodies start to pile up, Jocelyn has to decide just how far she’s willing to go to catch a cold-blooded killer.

“So tell me,” Jocelyn said to Knox. “About your case.”

Knox cleared his throat as if he were about to address a room full of people. “The victim was Sydney Adams. She was seventeen years old, a track and field star for Franklin West High School. She was a senior there.”

“The charter school over by Drexel University?” Anita asked. “The one where they had that shooting in 2006?”

“Yeah, that one,” Knox answered. “Sydney was only a month or so from graduating. She left her grandmother’s house around seven in the evening for her nightly run through Fairmount Park. She always ran the same route. She didn’t get very far that night, so I think she was killed close to seven-thirty, although I was never able to get the medical examiner to say so. He would only give us a four-hour range. He said Syd died sometime between seven and eleven.”

“Where in the park?” Jocelyn asked. Fairmount Park was really a collection of outdoor parks that covered over 9,000 acres in the city.

“She started her run around the athletic field on Boxer’s Trail. Not too far from her house.”
“She lived in Strawberry Mansion?”

“Yeah, over by 31st and Dauphin. Anyway, she was shot in the back three times at close range. There was a bullet lodged in the tree, so there were four shots in all. .22s. There were no shell casings, so we think the killer picked them up and took them.” 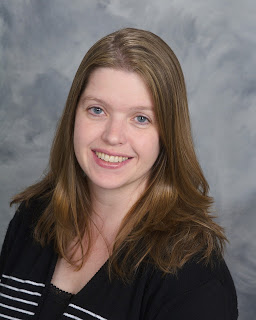 Lisa Regan is an Amazon bestselling crime/suspense novelist.  She has a Bachelor’s Degree in English and Master of Education Degree from Bloomsburg University.  She is a member of Sisters In Crime, Mystery Writers of America and International Thriller Writers. She lives in Philadelphia with her husband and daughter.  Her debut novel, Finding Claire Fletcher won Best Heroine and was runner up in Best Novel in the eFestival of Words Best of the Independent eBook Awards for 2013. Her second novel, Aberration won Best Twist in the 2014 eFestival of Words Best of the Independent Book Awards. Her third novel, Hold Still was released by Thomas & Mercer in 2014 and has been translated into German. She is at work on her fifth novel. Find out more at www.lisaregan.com.

Growing up a fan of cop shows, I always thought being a detective in charge of a homicide investigation would be exciting, and while I’m sure it can be, it’s also a hard job where you are under a lot of pressure and where everyone expects you to catch the killer(s) right away.  Given the chance to read and review Cold Blooded, the newest mystery/suspense by Lisa Regan, I found myself glued to the pages from start to finish.  Filled with colorful and well- developed characters, a solid murder mystery, and the reminder that real cases aren’t solved in 60 minutes like they are on T.V., this is a story many readers will enjoy.

Ms. Regan does a good job developing the characters right from the beginning.  I easily connected with former Detective Augustus Knox, who only has a few months to live and wants to solve the case that changed his life.  I also easily connected with Jocelyn Rush, a former Detective turned private investigator, who willingly takes on the “cold” case in order to give him closure regardless of any personal cost.  While they are very different investigators and people, they both share a common determination to see justice done.  They are the kind of cop you would want investigating the case if one of your loved ones was the victim.

The secondary characters are also well developed and I really enjoyed getting to know the people in Joceyln’s life, from her family and friends, to her business partner Anita, and the other police detectives who get involved in bringing a murderer to justice.  The mystery is interesting and takes several twists and turns, and while I was able to narrow the suspects down to two, there is a twist I didn’t see coming.  The villain is very interesting and the motivation behind the killing, while nothing new, was believable.

Will Jocelyn and Anita be able to solve a 14 year old cold case?  Will former Detective Augustus Knox get to see justice done before his life is over?  And will a young girl’s family finally get closure?  You’ll have to read Cold Blooded to find out.  I enjoyed it and look forward to reading more books by Ms. Regan.

a Rafflecopter giveaway
Posted by Maria at Monday, April 25, 2016