Virtual Tour & #Giveaway for The Revenge Artist by Philip Hoy

Welcome to my stop on the Virtual Tour, presented by Evernight Teen and Bridging the Gap Promotions, for The Revenge Artist by Philip Hoy.  Please leave a comment or question for Philip to let him know you stopped by.  You may enter the tour wide giveaway by filling out the Rafflecopter form below.  You may follow all of the stops for the tour HERE. 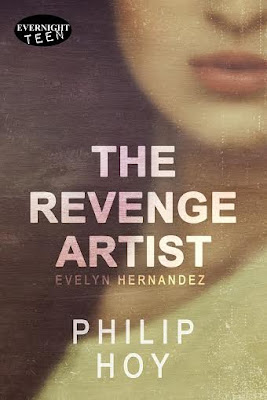 Evelyn Hernandez is a high school junior who reads Shakespeare for fun, sews her own dresses, and keeps a sketch journal of her daily life. When Varsity quarterback Garvey Valenzuela breaks her heart, she sends him to the emergency room with a busted hand.

Add black magic to her resume...

Evelyn embarks on a dark journey of revenge when she discovers she has the power to make bad things happen by drawing them. Her emotional pain, isolation, and self-hatred lead her down a self-destructive path with dire consequences.

Evelyn Hernandez knew what it was to be invisible, but this was different, this was being ignored ... being avoided. She tried to tell herself it was just her imagination. How many mornings had she walked through the halls of this school feeling exposed and on display? Knowing the redness of her lips, the blunt cut of her bangs, the pleats on her floral print skirt, everything down to the dark hair on her arms was being criticized by a hundred judging eyes. She wondered why they bothered, because the truth was, no one really cared. But there it was: a glance, a turn, a change in volume, a lull in some conversation as she walked by.

In first period, it had been hard concentrating on her painting. Even in the sanctuary of Ms. Shipley's, it felt like she had been on display in the center of the room, like one of those nude models, the ones Ms. Shipley said she had painted in college.

Second and third were even worse, and by the time she made it to Schwartz's, the tardy bell had rung and she entered the room a full minute late. She had been praying all morning that Garvey Valenzuela would at least have the decency to be absent today, but there he was, looking just as surprised to see her as everyone else. Too many sets of eyes stared at her in silence as she moved toward the front of the room and took her seat directly across from him at the table they shared. She immediately opened her binder against the edge of the table and slouched low enough to protect most of her face from his. There was obviously some kind of writing assignment on the board, but Evelyn couldn't focus to read it.

She had tried so hard not to think about this moment that she was completely unprepared.

What should she do? Say something to him? Tell him how much he had hurt her?

What did she expect him to do, anyway? Whisper an apology? Laugh it off like a joke she should have been able to take? Ignore her?

What she could never have prepared for was the open hostility she heard in his voice when he finally said to her, "I can't believe you even came to school today after what you did."

The contempt. That’s what did it. That's what it finally took to break his spell on her. She lowered her folder just enough to meet his eyes and let him see the hate she had there for him.

He looked away. Determined to rip him out of her life, she pulled her sketchbook from her backpack, prepared to remove every page with a memory or picture of him on it. But when she opened it to the sketch of his hands, she stopped.

Never before had she considered destroying any of her drawings. They were memories, mere moments, yes, but more than that, they captured her life as she was living it. For better or for worse, this book represented all that she’d done. If she denied her mistakes, wouldn't she be doomed to repeat them?

But as she stared at the hands on the page before her ... the hands she had allowed to touch her, their creases and lines, their scars, their prints, almost more real on the page that captured them ... she did something she had never done before. She turned her pencil around and began to erase. Not too much, just a little, a few lines here and there, part of this shadow, the edge of that one. And then, leaning closer, the drape of her hair shielding her actions from prying eyes, she began to add to the drawing, altering and recreating it. She wanted to hurt him, punish him for what he’d done to her, and this was the only way she knew how.

Just as Evelyn completed her revision, the sound of Vanessa Galvan's voice from across the room brought her back to the moment. "Hey Garvey," she said, loud enough for everyone in the class to hear, "throw this away for me, please."

A wadded up ball of paper hit Evelyn hard on the back of the head. She flinched, but didn't turn around.

"Do not throw things in this classroom!" snapped Mr. Schwartz from where he sat at his desk.

More than likely he had not seen it hit Evelyn.

"Yeah, Vanessa!" Garvey said, also for everyone's benefit. "That's not the trash can."

Evelyn remained bent over her drawing, teeth clenched, refusing to give either of them the satisfaction of a response.

"I'll pick it up," Garvey sighed, playing the teacher's pet.

He got out of his seat and walked around the table to Evelyn's side. There, he bent over to pick up the ball of paper that had settled near her chair, saying with disgust, "There's too much trash in here already."

She turned on him at that, tears of anger welling up in her eyes.

Now standing in Schwartz's usual place in front of the class, the center of attention, Garvey continued to entertain his audience. "And the quarterback takes the snap!" he said, backing away from Evelyn and imitating the movement with the paper as his football. "He falls back, finds his receiver, and there's the pass!" Lobbing the ball of paper high above his head, he jumped up, twisting in the air with hands open close to his chest to receive his own paper pass ... when somehow, he lost his balance and came crashing down on Schwartz's wooden podium and the frail table next to it.

Papers, books, pens, and pencils literally went flying as the podium spun and toppled, and the table was crushed beneath the weight of Garvey's body.

The class erupted into astonished laughter and applause, but a gradual hush came over the room as Garvey's cry of pain shifted from an embarrassed and genuine groan to hysterical screams of shock.

"Everyone in your seats!" shouted Schwartz as he maneuvered his way to the front of the room.

Garvey, struggling to sit up, had rolled onto his left side. His right arm was extended and supported at the wrist by his left hand. A brand new, freshly sharpened, yellow number-two pencil had pierced the center of his right hand, stabbing clean through and out the other side. The eraser end stuck straight up in his palm and the sharpened point protruded from the back of his hand. An impressive trick, Evelyn thought, except as Garvey held out his hand, blood began to roll down the bottom half of the pencil, gather at the pointy end, and drip messily onto the floor. A small puddle of red was already darkening the carpet beside him.

Schwartz sprang into action as Garvey rolled back, fainting. "Frank! Go get security! Valerie! Call the office and tell them what happened and to call 911! Erick! Grab that roll of paper towels in the cabinet behind you!" He knelt down beside Garvey, telling him to hold still, and then he took the injured hand below the wrist and lifted it up over Garvey's head. His other hand he wrapped around Garvey's bicep and squeezed, pressing his fingers against the inside of the injured arm.

The class was mostly quiet after that, waiting for the paramedics to arrive. Phones were out, silently documenting the event, but Evelyn didn't need a photo; she had her own picture ... only she had not remembered drawing so much blood. 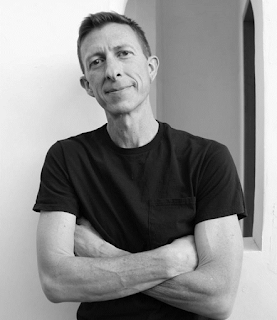 Philip Hoy is a high school English teacher by day and a short-story author, novelist, and poet by night. When he is not creating lesson plans or grading essays, he is writing. He lives in Southern California with his wife Magdalena, also a teacher.

a Rafflecopter giveaway
Posted by Maria at Monday, January 25, 2016