Welcome to my stop on the Virtual Book Tour, presented by Goddess Fish Promotions, for Cubeball by Michael Leon .  Please leave a comment or question for Michael to let him know you stopped by.  You may enter his tour wide giveaway, where Michael will be awarding a $50 Amazon/BN GC to one (1) randomly drawn commenter, by filling out the Rafflecopter form below.  You may follow all of the stops on his tour by clicking on the banner above, the more stops you visit, the better your chances of winning.

Background of Cubeball by Michael Leon

Mickey Allen was formed in my mind from an early age. I remember watching The Hustler, starring Paul Newman and Jackie Gleason. I was so taken by the movie, I practiced snooker in my family’s back sunroom for hours every night. Decades later, those memories returned to me and I decided to write a science fiction book that paid homage to the grand old game.

For that reason, Cubeball is the novel I had most fun writing. As a typical young boy growing up in outer Melbourne, I loved nothing more than to play 'kick to kick' outside with my friends and pretend to emulate my football hero's feats. In the evenings I would enjoy competing with my brothers at a game of snooker on our family billiard table. Writing Cubeball allowed me to re-live some of those boyhood dreams I had, and made me realise that whilst I had some natural talent at sport, I had a more fertile imagination! I feel fortunate that now I can spend a great deal of my time imagining stories to tell. I particularly enjoy imagining the future. It has been a fascination that has endured throughout my life."

I actually wrote the first draft of Cubeball in three months, whilst I was staying in a small town in the Sunshine Coast Hinterland. It had the sparsest accommodation I had ever experienced. There was no television or radio or wifi! It was a very hard adjustment, but I have never felt more creative. I remember regularly waking up in the early hours, excited by a vivid dream I had and wanting to describe it in my notebook. Try it some time. You will be amazed how your creativity comes to the fore. 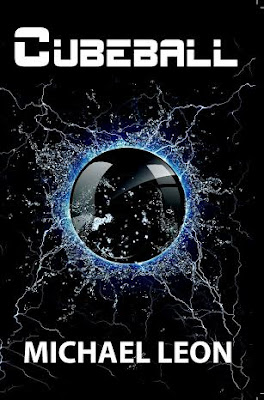 A naturally gifted ex-national champion and a savant with a computer-like mind compete against the world's best in the 22nd century's most popular sport - CUBEBALL - the chess-like, technology-enhanced, snooker of the future where the world stage is dominated by gambling, drugs and massive audiences.

Unlike the real Mars settlement, Mons City was surrounded by a vertical city. Skyscrapers impossible to build on Earth or Mars dwarfed the largest mountain in the solar system. Mons City consisted of two cities, the Left Bank and Right Bank. Each city was built at the base of Olympus Mons, forming the largest boulevard ever digitally designed. Two parallel lines of skyscrapers extended thirty kilometres out from the Martian mountain and five kilometres apart. There was only one way in to Mons City and that was through the boulevard. Hover lines crisscrossed between the two cities making a Tokyo train station look like a country town. Twenty two million gamers (most online from their home) competed in this game. Around fifty thousand actually entered the game from Velvet Underground. Most of them were there to hide from the real world or rest and recover from the demands of the game. About another thousand were like Mickey, looking for someone. It was a melting pot of technology, 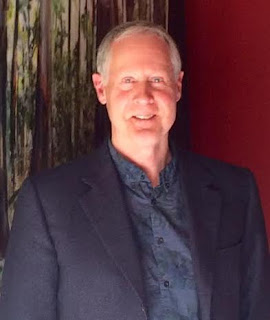 I commenced writing science fiction novels full time in 2009. It was a life-long interest of mine. I have written five novels - all exploring contemporary social issues in future speculative worlds. They are: Shadow Dance; Extinction; Cubeball; Titan Sages and Alive. My novels blend speculative science, new age and poetry. Readers of novels such as Carl Sagan’s Contact would enjoy my novels.

a Rafflecopter giveaway
Posted by Maria at Thursday, January 21, 2016