Welcome to my stop on the Cover Reveal Tour, presented by Gossip Girls PR, for Current by Abby McCarthy.  I absolutely love, love, love this cover! ♥♥♥

Please leave a comment or question for Abby to let her know you stopped by.

June would have done anything for Jake. The two were inseparable. He was going to run away to be with her. Then, his abusive father destroyed their happiness.

Years later, June sits down to write a review for the band Silent Tides and is floored when she comes face to face with Lucas the keyboardist. Lucas looks so familiar; the resemblance to Jake is uncanny.

June falls fast and hard for Lucas, but she continuously questions her feelings for him, unsure if they are because he reminds her of Jake or because of who he is.

Just when June thinks she’s found happiness with Lucas, she loses him too. Their new love is torn apart, clouded in a veil of deceit and lies, shattering June.

Six years pass and June feels like she finally has found peace in her life. Once again, it’s ripped wide open when she comes face to face with a love from her past.

Now it’s June who has a secret

Abby McCarthy is reader and a lover of words. She is a blogger turned author and released her first novel in May 2014. She is a mother of three, a wife and a dog person. She has always written, sometimes poetry, sometimes just to vent about failed relationships, however in parenthood she has found her voice to help keep her sanity.

Words have flowed from her, to review and with the support of amazing friends in the Indie community she has decided to pursue her dream of writing!

She loves to write and read romance, because isn’t that something we all yearn for? Whether it be flowers and hand holding or just the right tug on your hair. Isn’t that what life is about? The human connection?
http://abbymccarthyauthor.com/
https://www.facebook.com/Abbymccarthyauthor
https://twitter.com/abbyemccarthy 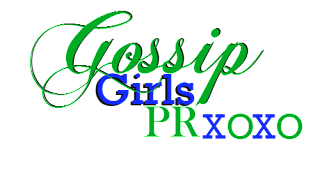