Welcome to my stop on the Virtual Tour, presented by France Book Tours, for In the Shade of the Almond Trees by Dominique Marny.  Please leave a comment or question for Dominique to let her know you stopped by.  You can enter her tour wide giveaway by filling out the entry form below.  You can follow all of the stops on Dominique’s tour by clicking on the banner above.  The more stops you visit, the better your odds of winning. 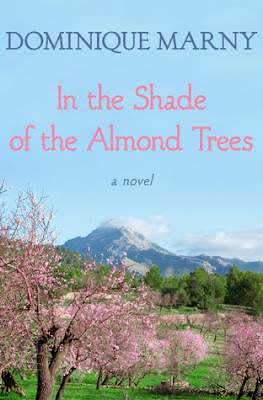 In the Shade of the Almond Trees
By Dominique Marny

In the aftermath of World War I, a family estate hangs in the balance.

For generations, the Barthélemy family tended to the olive trees of Restanques, a sprawling property in Cotignac whose olive oil and almonds were as incredible as the countryside that produced them. But all that changed when war came to France. Robert Barthélemy never returned from the trenches, and without him, the farm is beginning to die. His widow has lost the will to live, and only the fierce efforts of their daughter, Jeanne, have kept the creditors at bay.

Jeanne is spending an afternoon at home with the family’s grim financial statements when a handsome stranger appears on the front steps. His name is Jérôme Guillaumin and he is a brilliant botanist about to embark on a journey around the globe. From the moment they meet, Jeanne is struck by feelings she never thought possible: feelings that could save her life or destroy everything she has ever known. 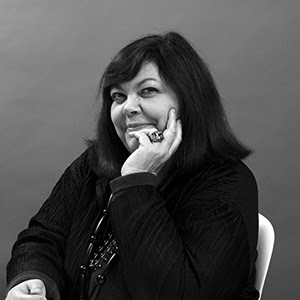 Dominique Marny was raised in a family that loved art, literature, adventure, and travel.  In addition to being a novelist, she is a playwright and screenwriter, and writes for various magazines.

Is there anything more beautiful than the French countryside?  I certainly don’t think so based on Dominique Marny’s descriptions and cover for In the Shade of the Almond Trees.  A book set during the period between the World Wars in Europe, In the Shade of the Almond Trees focuses on one family’s quest to restore their farm and move on after the death of their husband and father in the trenches.  Filled with colorful characters, the beauty of the countryside, the changing social structures and a young woman’s discovery of love, this is a book romance lovers will enjoy.

Ms. Marny does a good job introducing the reader to the Barthelemy family as they begin moving on after the war.  Living at Restanques, a large and once very prosperous estate, the family now consists of Martha, the family matriarch who thinks her life is over because of her husband’s death, Jeanne, the family’s only daughter, who is determined to keep their creditors at bay and make the farm successful again and Laurent, the family’s only son whose dreams of traveling the world are drawing him away.

While the story mostly focuses on Jeanne’s efforts to restore the farm and her transition into adulthood, we do get to know both her mother and brother and their strengths and weaknesses.  I easily connected with Jeanne but had difficulty liking her mother and brother, who seemed only to think of themselves.  Jeanne is hard working, level headed, and really devoted to her family’s heritage through her love of the land.  She was willing to do what had to be done in order to keep her family financially afloat.  Something her mother and brother either couldn’t or didn’t want to understand or really help with.

While it did take a little while to get used to Ms. Marny’s voice as an author, the story is told in omnipresent third person, I did eventually get drawn in and fell in love with both Jeanne and the French countryside.  While I would have liked to dip further into Jeanne’s mind, and the thoughts of her mother and brother, this form of storytelling’s appeal is that you don’t wallow in too much emotional angst.  I also think it affected the story’s flow and pace, which was occasionally slow and a little difficult to follow – although that could have been a result of the story’s translation from French to English.

Will Jeanne and her family manage to keep Restanques and restore it to its pre-war prosperity? Will Jeanne get the chance to discover true love as she works selflessly to restore her family’s financial position?  You’ll have to read In the Shade of the Almond Trees to find out.  I enjoyed it and look forward to reading more of Ms. Marny’s work.


Open Internationally
2 participants will each win a copy of this book.
Print/digital format for US residents and Digital for all other residents


Entry-Form
FTC Disclosure:  I received a complimentary copy of this book as a part of a tour for a fair and honest review, which had no influence on my opinion of the reading material provided.
Posted by Maria at Friday, October 02, 2015