Virtual Tour & #Giveaway for I Dreamt of Trees by Gilles DeGruyenaere

Welcome to my stop on the Blurb Blitz Tour, presented by Goddess Fish Promotions, for I Dreamt of Trees by Gilles DeGruyenaere.  Please leave a comment of question for Gilles to let him know you stopped by.  You can enter his tour wide giveaway, where one randomly chosen commenter will be awarded a $25 Amazon/BN GC, by filling out the Rafflecopter form below.  You can follow all of the stops on Gilles tour by clicking on the banner above.  The more stops you visit, the better your chances of winning. 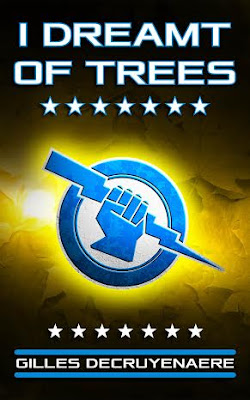 I Dreamt of Trees
By Gilles DeCruyenaere

Jason Crawford has dedicated his life to fighting the mysterious alien race which threatens the massive city-ship he calls home. A few days before his first mission, however, Jason discovers a terrible secret which could mean an end to his way of life forever. Fearing government reprisal for this new-found knowledge, Jason takes refuge in the Rim, a walled-off section of the ship where citizens are left to fend for themselves while the government ruthlessly plunders its resources.

While there, Jason forms an uneasy alliance with fellow exile Greg. Though they share the same goal of exposing the government's terrible secret, their relationship is strained; Jason is selfish, profane and morally ambiguous, while Greg is generous, kind and liberal-minded.

Will Jason and Greg manage to achieve their goals despite their ideological differences? Will Jason ever escape the Rim, and if so, can he hope to regain anything even resembling the life of entitlement to which he was accustomed?

"I Dreamt of Trees" is a story of struggle and survival in a dystopian society built on fear and greed. Though you may be tempted to judge the characters, be certain of one thing: On the USS McAdam, no one is quite as good, nor quite as bad as they seem.

Linda stared at the phone for a moment, then got up and paced around the living room. She stopped by the huge picture window, where a small brass telescope stood mounted to the floor. Linda brushed absently at the dust that had accumulated on the brass tube, smiling sadly as she recalled her husband's reaction to this addition to the home's decor. Though he had always tried to respect, or at least tolerate his wife's beliefs as an Earther, he had often struggled to understand the rituals associated with her faith, shaking his head and sighing as she pointed her little telescope towards the dim point in the sky which most Earthers believed to be the birthplace of the human race. The fact that no definitive evidence remained of the exact location, nor even the existence of Earth did not deter her in the least. She believed she was looking at Earth, and that was good enough for her.

Of course she wasn't able to see much of anything anymore, what with the shields now glowing as they did every single night … 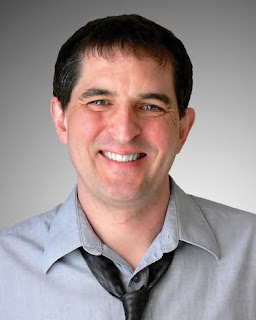 a Rafflecopter giveaway
Posted by Maria at Monday, October 12, 2015