Review Tour & Giveaway for Danny Dirks and the Heir of Pendragon by S.A. Mulraney

Welcome to my stop on the Review Tour, presented by Goddess Fish Promotions, for Danny Dirks and the Heir of Pendragon by S.A. Mulraney.  Please leave a comment or question for S.A. to let him know you stopped by.  You can enter his tour wide giveaway, for a $25 Amazon GC, by filling out the Rafflecopter form below.  You can also follow the rest of his tour by clicking on the banner above.  My review is running just a tad late but will be posted by noon today. 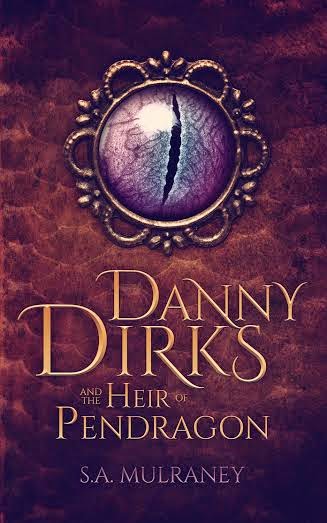 Danny Dirks wants nothing more than to play baseball in his father's orchard, but he's finding out that he is no ordinary boy. With the approach of his fifteenth birthday, Danny's begun hearing voices and seeing visions of his dead mother. He's also fairly certain that the cute girl next door is really a shape-shifting dragon.

All of these things lead Danny to the discovery that he is the heir of the legendary Arthur Pendragon and the linchpin in a pact established between man and dragon centuries ago. Now, rogue dragons threaten that pact and the peace that comes with it. They aim to reopen the portal through which they originally came to Earth in order to bring back a rebel dragon army. It's up to Danny to learn to channel the power that is Excalibur and, with his new friends, prevent the portal from being opened.

“What the hell was that about?”

“Don’t swear, son. Your grandfather and I…we just have differing points of view about something. But, it’s not for me to interfere,” he said.

“Honestly, neither do I. It’s times like these that I really miss your mother. She would have known what to tell me. She always did.”

“But, what did Grandfather mean when he said all that stuff in your office?”

“How much did you hear? You know, Danny, it’s not right…”

“Dad! It’s also not right to talk about someone who isn’t there! You guys were talking about me, and you were upset! Why? What’s grandfather…”

“Shhhh…Danny…listen to me. I might not agree with…everything your grandfather has to say, but know this…I still trust him. And so should you. Don’t let my…fears…sway you. Just listen to what he has to say. Do what he asks of you. Your mom wanted it that way. She asked that I not interfere when it was time for all of this to happen.”

“I…it’s not for me to say, Danny. Your grandfather is the one who needs to explain all of this. I only know what your mother trusted me with…and to be honest, I’m not sure I believed half of it until…recently. Listen…just…just try and roll with it for a bit. Everything will be fine. You’ve got a birthday party to look forward to this weekend and Grandfather will be here for at least another week. Try to enjoy this time with him. Don’t worry about what you heard this afternoon.”

Danny looked hard into his dad’s eyes. His father blinked and looked away. 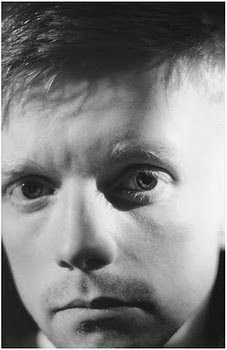 In second grade, Scott Mulraney wrote a series of comic strips called Peanut (a peanut with arms and legs) and Stickman (self explanatory) because those were the two things he could draw with some consistency. He ripped off every story line from Garfield, but his family thought it was cute. In high school, he wrote a rip-off of Red Dawn, changed the location to his NJ home town, and essentially made himself the lead character. It involved finding a super-secret helicopter with a strategically placed instruction manual. How convenient.

During high school, he devoured Stephen King novels, but never pursued writing anything of substance. Then, in an event that would shape the rest of his life, Scott found himself kicked out of college, jobless, and relatively friendless. He turned to writing poetry and eventually short stories followed. Writing had brought him back from the brink and he pursued and eventually earned a degree in Literature with a focus on creative writing.

He completed his first novel (not ripped off from anyone) after five years, in 2010. After waffling about what to do with it, he self-published the suspense thriller under the pen name Andy Rane. A moderate success, for independent standards, Scott then followed with the first draft of Danny Dirks. Completed in about six months, he knew he had something special and wasn't quite prepared to self publish the novel.

Fast forward to 2014 and the changing markets convinced him that he could provide everything to his stories that traditional publishers could. Danny Dirks and the Heir of Pendragon is his first full-length young adult novel and one of many stories he hopes to tell.

He currently lives with his wife and son in his home state of New Jersey.

a Rafflecopter giveaway
Posted by Maria at Wednesday, December 31, 2014