Join author Laurie Olerich on her Release Day Blitz for Stone Angels, presented by Bewitching Book Tours, on February 7, 2014.  Please leave a comment or question for Laurie to let her know you stopped by.  You can enter her tour wide giveaway by filling out the Rafflecopter form below. 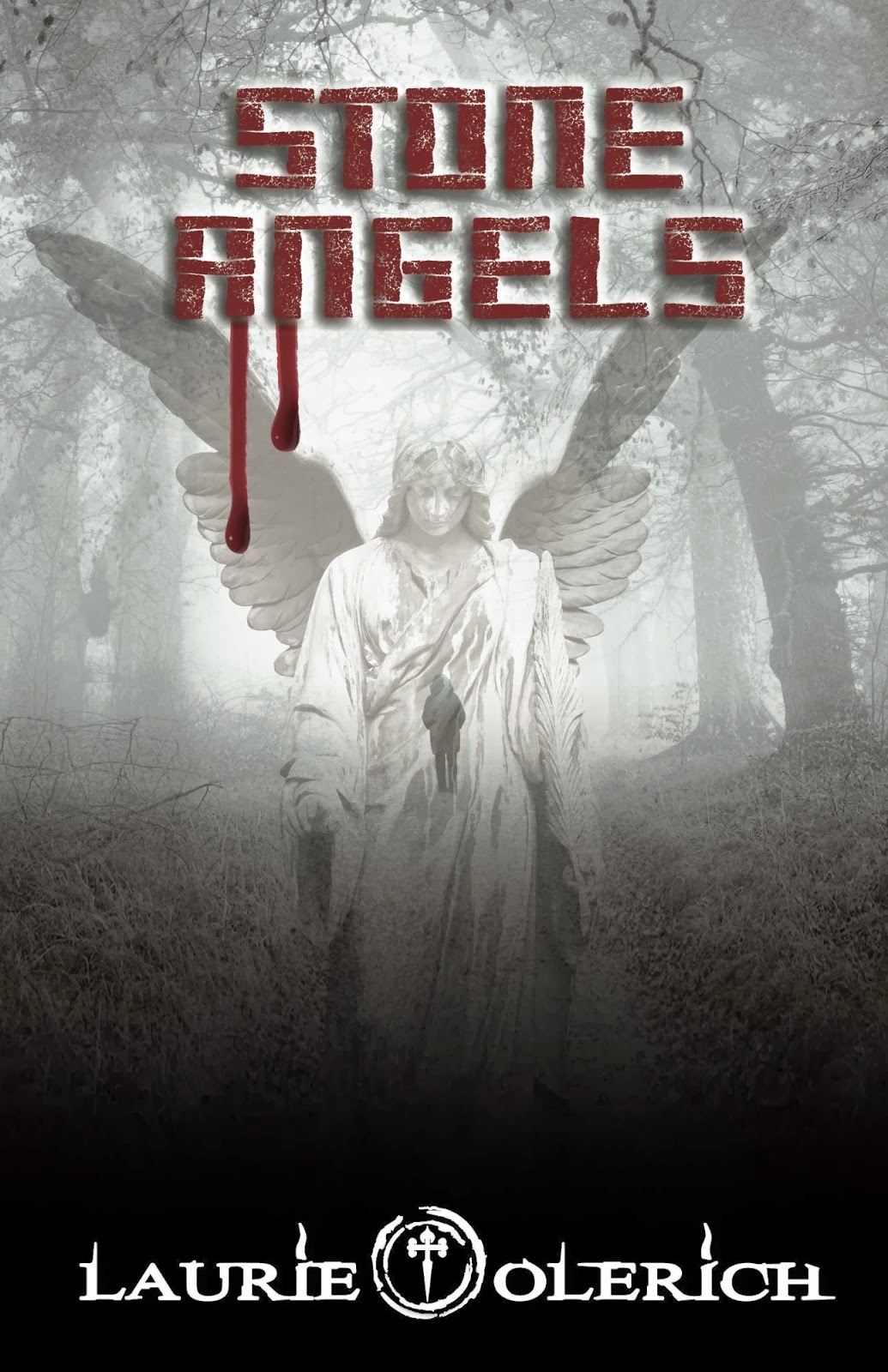 "The path to immortality is not a simple one. You will face both crossroads and dead ends. Each choice changes destiny. Choose well." Raphael, Archangel.

3,000 years is a long time to wait. Killian is a patient Primani. He knows the prize is worth it. He watches, he hopes, but he never interferes. The terms are clear on that--say anything at all, the promise is broken. Everything’s going according to plan until...

Sean loses his mind. Tortured by guilt, Sean walks a tightrope between two worlds. After a woman dies, he will pay the ultimate price unless someone can save him.

Mica is still Sean’s anchor. Their physical connection can’t be denied, but what of their love? Desperate to save him from falling, she risks everything she has, including Killian. How far will she go to pull him back? Every step she takes moves her farther away from Killian’s plan.

Food or sex? Food or sex? Food or…
Offering me his hand, he bowed and said, “Come, my queen, your feast awaits you.”
Food it is then. Grinning at the unexpected playfulness, I regally presented my hand and allowed him to lead me to my seat. He poured the wine and held up his glass.
“Slainte!”
I touched my glass against his and answered, “Slainte.”
“We have another day in Paris. What would you like to do with it?” he asked while filling my plate for me.
I watched with amusement as he cut up my chicken and tore off a chunk of the warm bread. Who are you and what have you done with Killian? He sat the plate in front of me and picked up a piece of the crispy meat with his fingers. Before I could answer his question, he held the morsel to my lips. I opened my mouth like a baby bird.
Sighing with pleasure, I said, “Mm, that’s so good.”
With a grin, he sliced a piece for himself while I chewed. He slipped another piece between my lips, allowing his fingers to linger longer than necessary. A tingle of electricity wove its way down my spine and I took a calming sip of wine.
What did I want to do with him in Paris, the most romantic city in the world? That had to be a trick question. I mean really. The only thought that came to mind was sex…Of course it was hard to think of anything else with his fingertips brushing my lips and his eyes undressing me. I tried to give him a seductive stare across the table and flinched away at the flash of raw desire in his eyes. He was taking his time right now but those eyes promised no such restraint later. I was having a really hard time eating when I only wanted to drag him to the bed.
“Eat, Princess. You have to get your strength back. Did you know that sex burns off a thousand calories? When you consider your high metabolism, you’ll probably burn triple that much by the end of the night. You’re too weak for that now. Probably we should wait another week or two; just to be safe.”
I stabbed another piece of chicken and made a big show of chewing it up. After swallowing, I said, “You’re not playing fair! I can only eat so much! My stomach’s shrunk.” I speared another bite of chicken and washed it down with mineral water.
He laid his hand over mine and said, “Take your time, baby. We’ve got all night.” He traced the rune on my hand and smiled slowly. “This night’s for you. I’m going to spoil you, so just relax and let me.”
I nibbled on the bread. “You’re a mystery.”
“Why’s that?”
I was idly tracing the strong bones of his hand and enjoying the feel of his blood flowing under the surface. “You’re so powerful, but you’re so gentle with me…I know your strength, but you treat me like I might break. Why are you so good to me? I’m not fragile.”
He shrugged and offered me a tiny, sweet berry. The fruit exploded in my mouth and I couldn’t resist kissing his fingers. These little berries were ridiculously good. About the size of a thumbnail, they burst into a sweet floral juice that was very different from the strawberries in America. I could move to France just for these berries.
“You don’t need to ask me that. You should know the answer. Think with your heart, not your head.”
He tugged me to my feet and wrapped an arm around my waist. Leaning me back over his arm, he nibbled the pulse at the base of my throat. His breath was hot against my skin. He smelled of strawberries and bread and the wild forest scent that surrounded him. My head swam happily and I closed my eyes. Before lifting me upright, his mouth trailed kisses from my throat to the tie of the sarong.
“Are you okay?” he asked softly. “Your eyes are glazed.”
Groaning dramatically, I pressed against him and ran my hands underneath his shirt to feel the warm muscle there. “I’m not going to be responsible for my actions in another 30 seconds. You’re taking chances with my powers. Look! My fingers are glowing!” I wiggled the tips of my fingers. They were glowing whitely in the candlelight of the room. “I might accidently blow you up.” 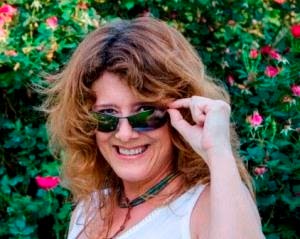 Laurie Olerich is the author of the new Primani series. Part romance, part paranormal, part adventure...Three things she can’t live without! Laurie spent most of her life in the Northeastern United States and in Western Europe. She now lives in San Antonio, Texas, with her son and Dalmatian duo, Domino and Rambo.  Desperate to escape the heat, she lives vicariously through Mica and her Primani by setting their adventures in the mountain coolness of New England and the rainy days of London. Before throwing caution to the wind and diving into a writing career, Laurie dedicated 20 years to her country by serving in the United States Air Force. Much of her time was spent around men with guns and cool toys...this explains her obsession with both.

review- Penny For Them...
http://pennyforthemuk.com/search/label/tour

Ramblings of a Book Lunatic
http://booklunaticramblings.blogspot.com

A Night's Dream of Books
http://anightsdreamofbooks.blogspot.com/

Queen of All She Reads
http://queenofallshereads.blogspot.com