Remember we have a lot of fun things planned all week so follow along and make sure you check in over on David's Facebook page. The blogs listed at the end of this post all have a clue posted which will give you the answer to the rest of the entries in David's giveaway. Check them all out, spread the word and pick up a copy of one of his tremendous titles: Along the Watchtower and There Comes A Prophet.


There Comes a Prophet is his first novel in this new stage of life. His second book, Along the Watchtower, will be available June 2013. And The Daughter of the Sea and the Sky is nearing completion.

David and his wife split their time between Cape Cod, Florida and anywhere else that catches their fancy. He no longer limits himself to five pages a day and is thankful every keystroke for the invention of the word processor. 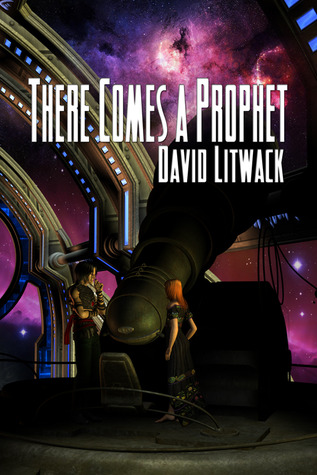 There Comes a Prophet

But what are we without dreams?

A thousand years ago the Darkness came—a terrible time of violence, fear, and social collapse when technology ran rampant. But the vicars of the Temple of Light brought peace, ushering in an era of blessed simplicity. For ten centuries they have kept the madness at bay with “temple magic” and by eliminating forever the rush of progress that nearly caused the destruction of everything. A restless dreamer, Nathaniel has always lived in the tiny village of Little Pond, longing for something more but unwilling to challenge the unbending status quo. When his friend Thomas returns from the Temple after his “teaching”—the secret coming-of-age ritual that binds young men and women eternally to the Light—Nathaniel can barely recognize the broken and brooding young man the boy has become. And when the beautiful Orah is summoned as well, Nathaniel knows he must somehow save her. But in the prisons of Temple City he discovers a terrible secret that launches the three of them on a journey to find the forbidden keep, placing their lives in dire jeopardy. For a truth from the past awaits them there that threatens the foundation of the Temple. But if they reveal that truth the words of the book of light might come to pass: “If there comes among you a prophet saying ‘Let us return to the darkness,’ you shall stone him, because he has sought to thrust you away from the light.” 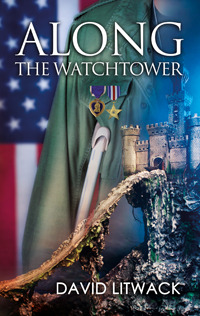 The war in Iraq ended for Lieutenant Freddie Williams when an IED explosion left his mind and body shattered. Once he was a skilled gamer and an expert in virtual warfare. Now he’s a broken warrior, emerging from a medically induced coma to discover he’s inhabiting two separate realities. The first is his waking world of pain, family trials, and remorse—and slow rehabilitation through the tender care of Becky, his physical therapist. The second is a dark fantasy realm of quests, demons, and magic that Freddie enters when he sleeps. In his dreams he is Frederick, Prince of Stormwind, who must make sense of his horrific visions in order to save his embattled kingdom from the Horde. His only solace awaits him in the royal gardens, where the gentle words of the beautiful gardener, Rebecca, calm the storms in his soul. While in the conscious world, the severely wounded vet faces a strangely similar and equally perilous mission—a journey along a dark road haunted by demons of guilt and memory—and letting patient, loving Becky into his shuttered heart may be his only way out of Hell.

Library at the End of the Universe