Spolight Tour for It Must Be Fate by Lacey Wolfe


It Must Be Fate by
Lacey Wolfe 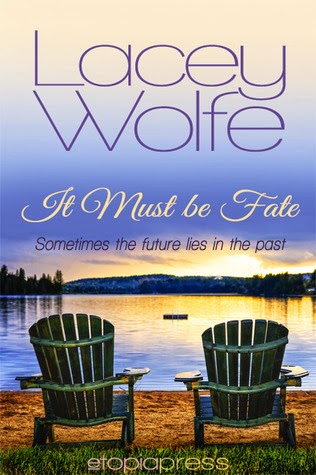 Sometimes the future lies in the past…

Sandy Collins hasn’t thought about him in years, not since he broke her heart and broke off their engagement. She’s built a great nursing career for herself, and most of all, she’s happy. Until she ruined it by walking into that staff meeting…

After the passing of his grandmother, Daniel and his daughter Keri have moved back to town and taken up residence in her house. Things are looking up after several rough years, but on the first day of work at his new job as a pediatrician, Daniel gets an unexpected surprise—in the form of a nurse he’s never been able to forget.

As much as she tries to fight it, Sandy can’t deny the attraction. Daniel makes it clear that he’s sorry and wants another shot, and he’s willing to do whatever it takes. But the last thing Sandy wants is to relive the misery from the past. But how can she resist when it seems as though fate is stepping in?

Grabbing her purse, Sandy tossed in her phone and keys and climbed out of the car. Her breath caught from the sight of him. Daniel was waiting for her by the door. She could tell he’d come from the office in his pressed khakis and light blue button-down shirt. His green eyes lit up when he saw her.

She took a deep breath and stared across the parking lot. She smiled at him, but couldn’t find the words to say hello. His gaze swept over her body as he opened the door with a gentlemanly smile. She couldn’t help but be glad he seemed to appreciate what he saw. As she entered the restaurant, she wondered if he was checking out her ass.

After they were seated, a waiter arrived, placing a bow of chips and salsa on the table. After they gave their drink order, she finally started to relax. Which hadn’t been easy. It had been so long since she’d actually talked to him, other than telling him she didn’t want to. Her stomach was in knots.

“Thank you for meeting me.” Daniel grabbed a chip.

“You’re right. We do need to talk. I’m not sure how long we’ll work together, but for the time being I guess we should be friendly.” Sandy took a chip as well. “Besides, the past is the past. Let’s leave it there.”

“For the most part, we can.”
“This is the one and only time I’ll talk about it. So whatever it is that’s been eating you up, get it out now. Because reminiscing over a broken engagement isn’t my idea of a good time.”

The waiter reappeared and asked if they were ready to order.

“You go ahead. Oh, wait.” He winked and her heart fluttered. “Let me guess, you’re going to get a taco salad with shredded chicken. No guacamole or sour cream, with extra cheese if possible.”

The waiter glanced at her, but she stared across at Daniel wondering how he had remembered her order after all these years.

“Ma’am?” The waiter held his pen to his notepad.

“And for you?” He turned his focus to Daniel, scribbling her order down.

She took a deep breath, hoping her heart would calm down.

“The beef fajitas with extra onions.” He handed the menu back to the waiter.

Sandy took a sip of her drink and returned to the chips and salsa. She kept her focus on the red tablecloth. Looking at Daniel right now would be hard. She needed time to wrap her head around the way he was making her feel. All these old emotions were creeping in. Somehow she had to push them back where they belonged. 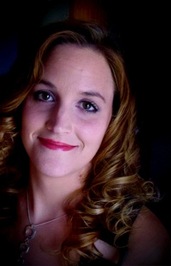 Lacey Wolfe has always had a passion for words, whether it’s getting lost in a book or writing her own. From the time she was a child she would slip away to write short stories about people she knew and fantasies she wished would happen. It has always been her dream to be a published author and with her two children now of school age, she finally has the time to work on making her dream come true.

Lacey lives in Georgia with her husband, son and daughter, their six cats and one black lab who rules the house.

1/17
That Bites - Book Talk and Reviews
Reading, Writing, and Roses
To Pen a Dream