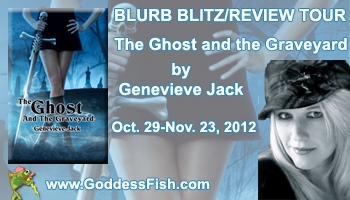 Welcome to my stop on Genevieve Jack's Blurb Blitz/Review Tour for The Ghost and the Graveyard.  Please be sure to leave a comment or question below for Genevieve to let her know you were here.  Genevieve will be awarding the winner's choice of a Kindle touch, Nook Simple Touch, or a $100 Apple gift card to a randomly drawn commenter during the tour.  You can follow her tour stops here, the more often you comment, the better your odds of winning.  I will be posting my review this afternoon. 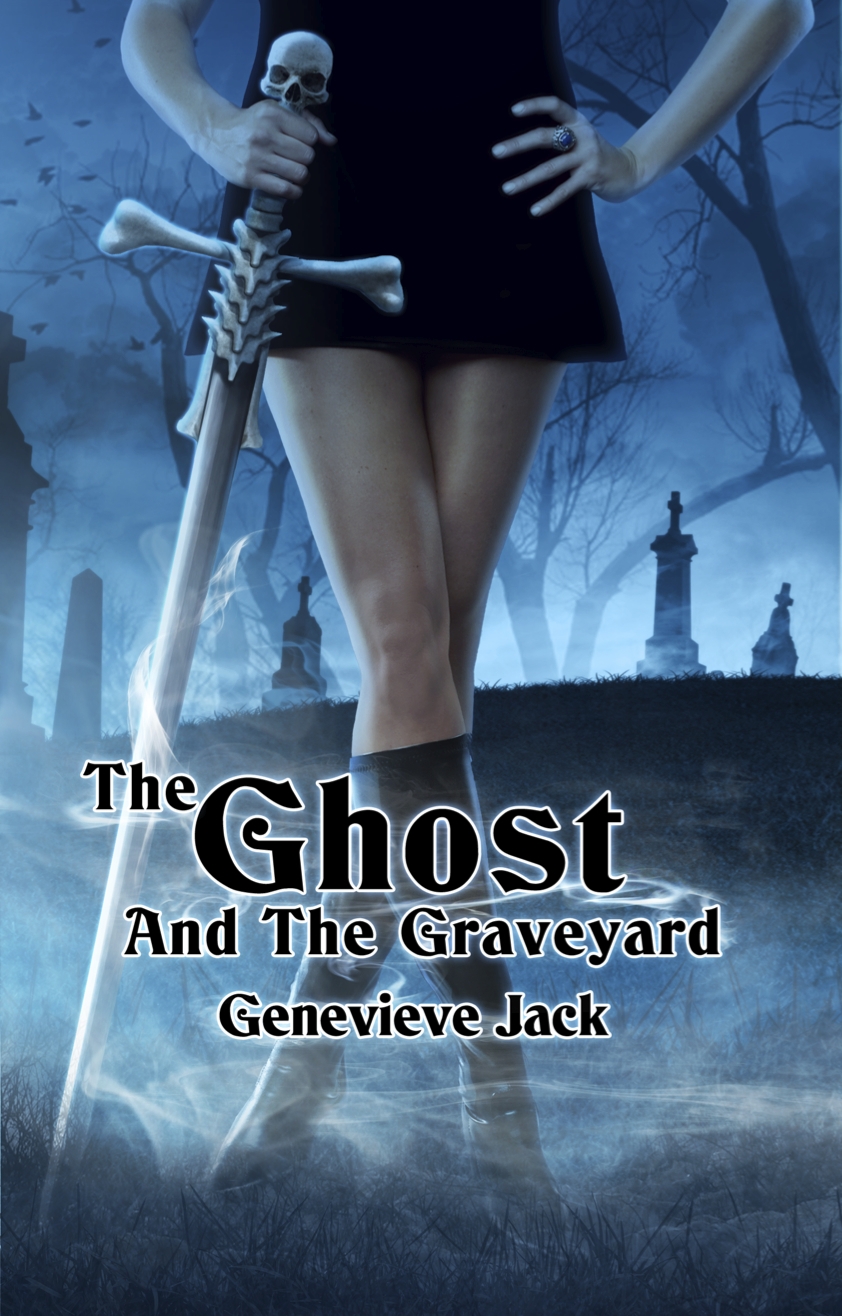 Left destitute by an unscrupulous ex-boyfriend, Grateful Knight takes her father up on his offer to live rent-free in a house he hasn't been able to sell. Desperate to make a new start, Grateful tries to overlook the property’s less desirable features, like the graveyard that stretches to her back door. On the bright side, the unbelievably gorgeous cemetery caretaker, Rick, is dead set on helping her feel at home. She vows to take things slow, considering her recent disastrous relationship, but is baffled when she literally can’t keep her hands off of him.

When things in Grateful’s house start moving on their own, another man enters her life—a sexy ghost with a dark secret. Magical forces are at work in the tiny town of Red Grove and they're converging on Grateful. Solving this ghostly mystery won’t be easy and with the caretaker becoming increasingly jealous of her spectral relationship, Grateful will be forced to choose between the ghost and the graveyard.

"What exactly happened last night? You came to my door screaming and then passed out. I carried you home."

"Bad dream," I said. I wasn’t sure how much I should share with Rick after what I saw the night before. He was into some weird stuff. I’m not the judgmental type, but the human skulls were a definite red flag. I mean, where did he get them? They weren’t exactly handing them out at Red Grove Grocery.

"Are you sure it wasn’t something more? Has anything unusual happened since you’ve been here?" He tilted his head toward the house.

I narrowed my eyes. It almost sounded like he was digging for information about my ghost. He’d brought up the possibility of a haunting his first time here. I was suspicious.

"Not at all," I answered. He looked at me skeptically, so I threw him a curveball. "Well, maybe seeing all that weird stuff in your house."

"You know, the candles, the skulls…"

"Grateful, had you been drinking last night?"

He stood up and offered me his hand, his long, graceful fingers beckoning me. "Come, come with me." His gray eyes twinkled beneath thick lashes, the sun glowing behind his head like a halo. Inexplicably, an avalanche of attraction rumbled down my spinal cord. Deep inside my muscles clenched, compelling me to accept his grasp. I allowed him to lead me down the porch steps, my stomach fluttering the whole way. My senses were on overload. A slight breeze was a taunting caress.

AUTHOR Bio and Links:
Genevieve Jack grew up in a suburb of Chicago and attended a high school rumored to be haunted. She loves old cemeteries and enjoys a good ghost tour. Genevieve specializes in original, cross-genre stories with surprising twists and writes a best-selling young adult series under a different name. She lives in central Illinois with her husband, two children, and a Brittany named Riptide who holds down her feet while she writes.

~~~~~~~~~~~~
Genevieve will be awarding the winner's choice of a Kindle touch, Nook Simple Touch, or a $100 Apple gift card to a randomly drawn commenter during the tour.  You can follow her tour stops here, the more often you comment, the better your odds of winning.