TURQUOISE MOUNTAIN by USA Today Bestselling Author Diane J. Reed isn't officially released until January 30 but you can order your copy now to make sure you're one of the first to get your copy! Oh wait - while you're looking over her book info below, be sure to sign up to win a $25 Amazon Gift Card! Good luck! 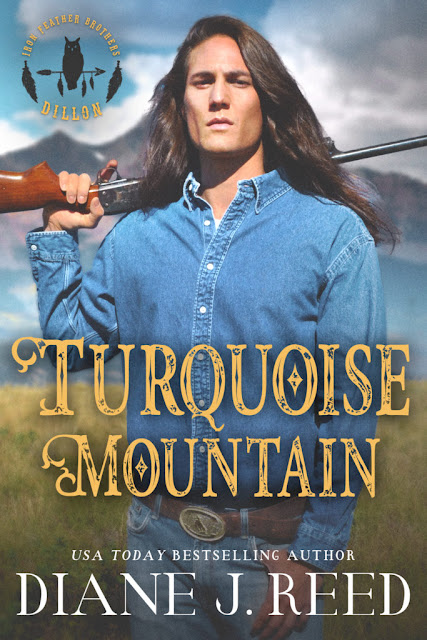 He's a fierce protector of his land and sacred heritage--and only a strong woman can capture his wild heart.

Dillon Iron Feather is dangerous and he knows it. Hardened by his championship fighting career, he returns to his remote Colorado ranch to heal, only to discover that city girl Tessa Grove is determined to stake her claim to the old mine she inherited on a corner of his land. Stubborn to the bone, Tessa soon digs up precious gems from deep within the earth to use in her custom-made jewelry business. But those stones turn out to be sacred, and sparks fly as they begin to guide her to the secret chambers of Dillon's heart. 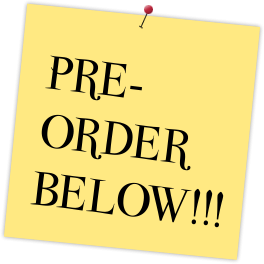 The first meeting between Dillon and Tessa in Turquoise Mountain
(Tessa has traveled all the way from New York to Colorado
to find her mine, which happens to be on Dillon’s property) 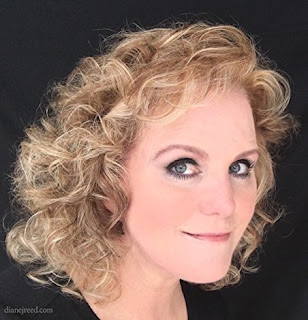 USA TODAY bestselling author Diane J. Reed writes happily ever afters with a touch of magic that make you believe in the power of love. Her stories feed the soul with outlaws, mavericks, and dreamers who have big hearts under big skies and dare to risk all for those they cherish. Because love is more than a feeling—it’s the magic that changes everything.
Her latest book is Turquoise Mountain. 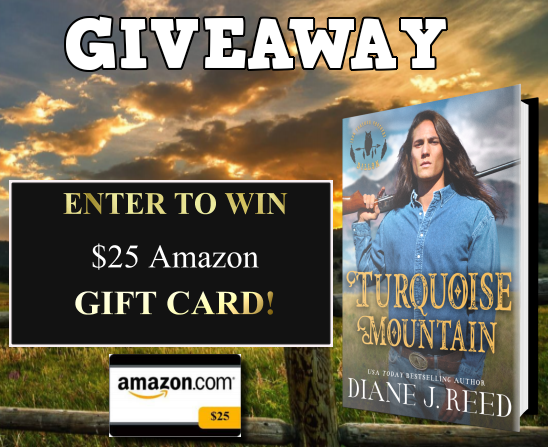 Diane J. Reed is giving away a $25 Amazon Gift Card!