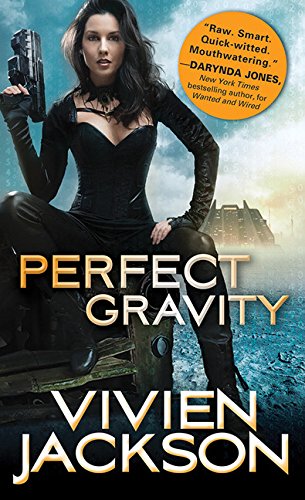 Second in a snarky, sexy sci-fi romance series with the perfect balance of humor, heart, and heat.

Kellen Hockley usually keeps quiet about his past, but once upon a time he loved a girl named Angela. He hasn't seen her in a decade, but now he has to break the news to her that his team of rogue treasure hunters accidentally killed her husband. He's had better days...

It's not the news that's delivered to Angela Neko that breaks her apart—it's the rumbly, Texas drawl delivering it. She can't believe she's hearing Kellen's voice again. But there's no time for distractions. When Angela's own life is threatened, yielding up all of her lies and secrets, she and Kellen must figure out how to reverse the geopolitical firestorm she lit to save the world, to save Kellen's cat...and just maybe to save each other. 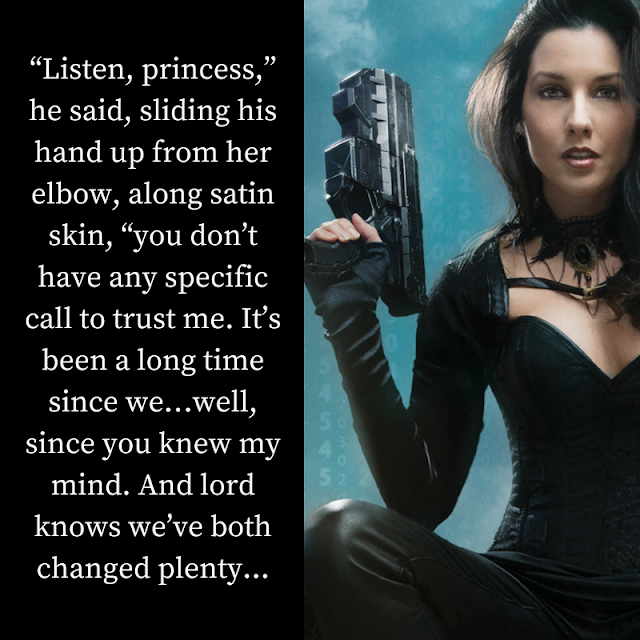 He took her down to the skywalk, second-guessing himself the whole dadblamed time. Nothing was tidy about having Angela here in the Pentarc. Angela who now knew Chloe existed and could definitely do something about that if she chose to.

Angela whose mech-clone assistant scared the crud out of her, probably for a very good reason, which he was going to get to the bottom of sooner rather than later.
Angela who he wanted very much to take back to her room, as she’d suggested. He happened to know that unit contained a giant bed and locks to keep the whole rest of the world out.

It wasn’t like showing her his global mechanized critter network was going to unhook any of those complications. Was more likely to knot them up further. But he had said he’d help her get the information she wanted. Well, this was his best way of fulfilling that swear.

She chatted as she walked. About the scenery, about the on-again, off-again drought that plagued this area, about some of her buddies from school who she insisted had also been his. They hadn’t. Nobody in the entire hoity, posh academy had welcomed the hick kid from Texas who didn’t even know what a quinoa was.

He knew she nattered on because it brought her comfort, probably because there were other things on her mind, and he knew he ought to halt her ramble, make her welcome, settle her. But damn, he’d missed her voice. Not the public voice but the one she’d saved for him, laden with expletives drifting downward from contralto.

The concrete subfloor on the transition from the skywalk to the North tower got a little rough from time to time. Nobody had ever finished out this tower, and it was skeletal in most places, dusted with sand and weather-roughed. The view was downright gothic when you approached it like this, in the middle of the air with nothing but twilit desert all around.

When Angela stubbed her slipper on a patch of uneven floor, Kellen caught her elbow without even thinking. “Watch your step here.”

She paused, looked up at him. An expression fluttered over her face, but he couldn’t lock it down. Fear? Exhaustion? “Where exactly are you taking me?”

“Right here. North Tower.” Actually not far at all. His furry feline general liked this floor best, with its combination of not a lot of people and that permaglass skywalk.

She was something of a sun worshipper.

“To show you where I get all my information and why the firewall doesn’t matter.”

She searched his face for a long time, then looked away and shook her head. “I’m sorry. It’s so hard to trust. I just saw all those empty rooms, most with no windows and long drop-offs into nothing…”

Oh. Well, that stung. She thought he was bringing her here, to an abandoned, witness-free area, to do her harm. Jesus. That was not him. Not even a little bit.

How come she didn’t know him better than that?

Defensive reaction. Visceral. He took two deep breaths, forced himself to continue to the second reaction. Which was a deep soul-pulling wish she would trust him, completely and inherently, as maybe one time she had. Now she did not. That was the naked fact.

When his logic brain kicked in, he admitted anybody who survived an assassination attempt had better be cautious to the point of paranoia. What did she really know about him? That he associated with outlaws and murderers. That he still nursed a grudge.

And lord, what he was about to show her wasn’t going to make him look any better. If anything, it would bolster her image of him as a loose cannon, dangerous and walking the teetery edge of bioethics.

“Listen, princess,” he said, sliding his hand up from her elbow, along satin skin, “you don’t have any specific call to trust me. It’s been a long time since we…well, since you knew my mind. And lord knows we’ve both changed plenty. You probably look at me and don’t even know who I am, what I’ve become. I can’t ease your worry on that score, but I can promise you one thing: I will never hurt you. And if folk around me ever try, I will end them.”

Her mouth opened, but she didn’t speak. 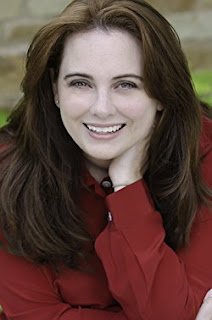 VIVIEN JACKSON is still waiting for her Hogwarts letter. In the meantime, she writes, mostly fantastical or futuristic or kissing-related stories. When she isn’t writing, she’s performing a sacred duty nurturing the next generation of Whovian Browncoat Sindarin Jedi gamers, and their little dogs too. With her similarly geeky partner, she lives in Austin, Texas, and watches a lot of football.

a Rafflecopter giveaway
Posted by Maria at Thursday, November 02, 2017