Welcome to my stop on the Virtual Tour, presented by Author’s Pal for How to Woo a Wallflower by Christy Carlyle.  Please leave a comment or question for Christy to let her know you stopped by.  You may follow all of the stops on the tour by clicking on the banner above.  Good Luck! 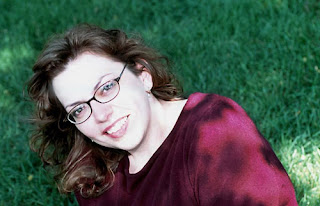 Fueled by Pacific Northwest coffee and inspired by multiple viewings of every British costume
drama she can get her hands on, Christy Carlyle writes sensual historical romance set in the Victorian era. She loves heroes who struggle against all odds and heroines who are ahead of their time. A former teacher with a degree in history, she finds there's nothing better than being able to combine her love of the past with a die-hard belief in happy endings. 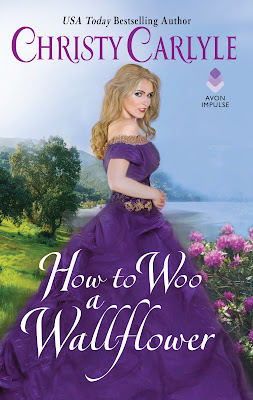 Clarissa Ruthven was born to be a proper lady, but she’s never wanted to live up to the expectations her late father set. Determined to use her inheritance to help the less fortunate women of London, she’s devastated to learn that she won’t be inheriting anything until she marries, a fate she has no interest in. Unwilling to let go of her plans, Clary works at Ruthven Publishing for Gabriel Adamson, a man who’s always hated her. She’s always returned the feeling, but as she begins to turn her family’s publishing company upside down, she finds herself unable to forget her handsome boss.

Gabriel Adamson believes in order. He certainly doesn’t believe Clary should be sticking her nose in the publishing company, and she definitely has no business invading his every thought. But Gabe soon finds he can’t resist Clary’s sense of freedom or her passionate kisses and he starts to crave everything she’s willing to give him.

Especially When It Comes to Love…

When Gabe’s dark past comes back to haunt him, he’ll do anything to make sure that Clary isn’t hurt…even if it means giving up the only woman he’s ever loved. 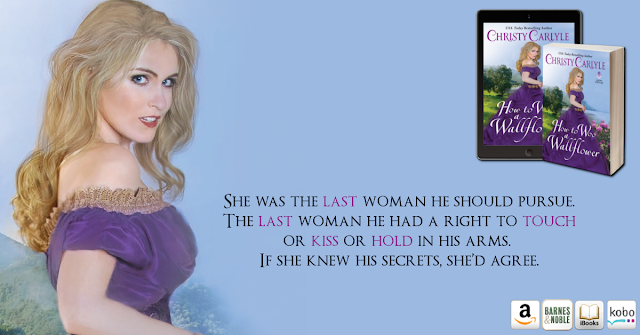 Few visited the Ruthven offices who were not expected. Workroom employees were due at half past seven. Vendors arranged appointments weeks in advance. No meeting was ever scheduled before nine. Gabe imposed order efficiently and effectively on the daily goings-on of the business. If some random Londoner happened across their threshold, it was usually because the poor sod got lost.

Over the years, Gabe had learned the rhythms of the workroom floor by heart, memorizing the clatter of the printing presses and the patterned strikes of Daughtry, his assistant, and other clerks tapping at their typewriters. When productivity waned because of inane chitchat, he caught that too. And immediately cut such nonsense short.

So when he settled behind his desk on Monday morning, a half hour before any other employees were due to arrive, as was his habit, he savored the bliss of quiet. He felt something akin to peace. After weeks of mulling, he’d made a choice. He would inform Kit Ruthven of his plans to leave Ruthven’s and take the position offered by Wellbeck Publishers.

Why shouldn’t he go? He owed no loyalty to the late Leopold Ruthven. The man had been a reprobate, far worse than his family suspected. Only grudgingly, Gabe had come to respect the son. Kit Ruthven trusted him to carry out his duties, rarely questioning or interfering with his management. He even admired the man’s determination to share ownership with his sisters. If he’d been lucky enough to inherit anything of value, he’d have happily shared with Sara too.

Of course, Gabe didn’t believe in luck. Only in scrabbling and fighting for every scrap of good fortune that came his way.

Change was necessary. He needed the higher salary Wellbeck’s offered. He’d been beholden to the Ruthvens for long enough.

Unfolding the letter from Wellbeck’s, he smoothed the document on his desktop. Beside it, he poised a nib pen over a fresh sheet of foolscap and began scratching out a formal reply. A moment later, a noise in the outer workroom jolted his attention, and his nib sputtered blots of ink across the paper.

Hell and damnation. Gabe crushed the ruined page in his fist and shot up from his chair. No one ever arrived this bloody early, and he’d secured the door behind him when he’d let himself in.

After shrugging out of his suit coat, he rolled up his sleeves and moved slowly toward the door. He took care to land his boots softly on the polished wood. A distinctive sound froze him in place. Not the rustling that had initially drawn his notice but a steady, rhythmic tick of type bars hitting the platen of a typewriter.

Plastering himself against the frame of his open office door, Gabe gazed across the workroom to get a glimpse of the early morning typist. Irritation flared, and his chest collapsed in a long sigh.

Bent over Daughtry’s typewriter, Miss Ruthven swiped a strand of hair from her face and then proceeded to jab haphazardly at the keys. With her back to him, her body curved in a perfect hourglass shape. A single loose curl had slipped its pin, hanging down her back in the same sinuous line. Despite the fact that he’d never entered the workroom to find a lovely woman working away at one of the desks, she looked strangely right perched on Daughtry’s chair.

He couldn’t lambast her for skulking into the office and commandeering the old man’s typewriter. This was her office now. Her business. Her typewriter, if she damn well pleased to use the machine. Apparently, she did.

Gabe cleared his throat as loudly as he dared.

She jumped before turning an irritated glare his way. “You startled me.” After an enormous gulp, her tone softened. “I didn’t expect anyone so early.”

“Do you always arrive before everyone else?” She collected whatever she’d been composing from the typewriter and turned to face him.

“Nothing.” She shoved the paper behind her.

The movement amused him. How many filched objects had he pushed behind his back or stuffed into his pockets as a child? Once he’d even hidden a stolen pocket watch in his mouth while a constable passed on his nightly rounds. The bitter tang of tarnished metal had lingered on his tongue for days.

“May I?” he asked, palm out, much more politely than any copper had ever cross-questioned him.

She notched up her chin a moment and then relented, shoving the half-covered sheet in front of him. “It’s nothing. Truly.”

The page smelled of flowers. Gabe wondered if she imprinted her scent on everything she touched. Rows of letters typed over and over were broken with lines of text such as “There was no possibility of taking a walk that day.” The words were familiar to Gabe, though he couldn’t recall from where.

“I must become proficient with the typewriter. I came early so as not to disturb anyone.” She stepped closer and snatched the sheet from his fingers. “Did I disturb you, Mr. Adamson?”

“No,” he lied. But she did disturb him. Mightily.

His senses ignited in awareness, every nerve firing. She was the brightest spot in the room, her blouse a bright buttercup yellow that clashed with the darker gold of her hair. And those violet eyes of hers seemed to eat up everything they beheld. She had an eager way of gazing about, as if she was seeing the world for the first time, and every sight fascinated her.

She moved constantly too, like a flower swaying in a stiff breeze. Shuffling her feet, twisting at the hips, she behaved as if the act of standing in one place put a fearsome strain on her patience. “Would you mind if I continue, at least until the other employees arrive?”

Yes, I would mind quite a lot.

“As you wish, Miss Ruthven.”

“Will you be at the meeting later this morning, Mr. Adamson?” she put to him over her shoulder after settling herself back into Daughtry’s chair.

“Of course.” The question irked him, almost as much as her sweet floral scent. Where did she think he’d be? This was his domain. At least for a little while longer. “I’m the one who called the meeting.”

As he headed back to his office, a thought struck like a punch to the gut.

He’d miss this damned place—the tidy workroom, the hum of activity when a shipment came in or a new title started production, even the simple orderliness of his desk. Employees like Daughtry, who believed in working as hard as he did to make the enterprise a success, were a rarity. Would he find the same at Wellbeck’s?

Then another thought came, and a chill spilled down his back like ice water.

“Will you be attending the meeting, Miss Ruthven?”

She shifted her enticing hourglass figure, glanced at him over her shoulder, and shot him an irksome grin. “Since I’m here, I might as well.”

Check out the other books in the Romancing the Rules series: 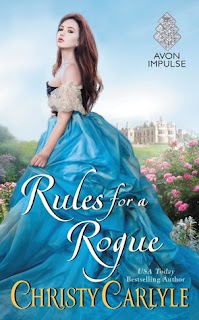