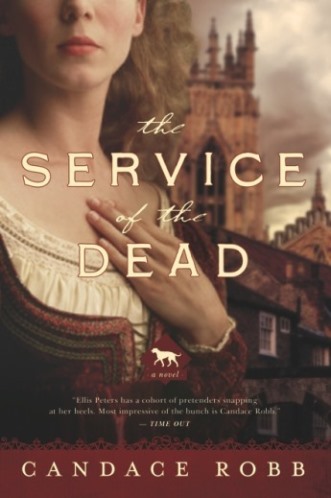 Political unrest permeates York at the cusp of the fifteenth century, as warring factions take sides on who should be the rightful king--Richard II or his estranged, powerful cousin in exile, Henry Bolingbroke. Independent minded twenty-year-old Kate Clifford is struggling to dig out from beneath the debt left by her late husband. Determined to find a way to be secure in her own wealth and establish her independence in a male dominated society, Kate turns one of her properties near the minster into a guest house and sets up a business. In a dance of power, she also quietly rents the discreet bedchambers to the wealthy, powerful merchants of York for nights with their mistresses. But the brutal murder of a mysterious guest and the disappearance of his companion for the evening threatens all that Kate has built. Before others in town hear word of a looming scandal, she must call upon all of her hard-won survival skills to save herself from ruin.

Praise for The Service of the Dead

“A historical novel that deftly captures politics and interactions between different social interests in late medieval England…against the backdrop of social pressures and military actions, Kate’s character and world shine and draw readers into her choices and challenges.” - California Bookwatch

“Kate Clifford is a wonderful creation, hard-nosed in some respects, compassionate and caring on the other. I look forward to the next installment of this delightful series!” - Historical Novels Review

“The novel resonates with its compelling portrayal of an England on the brink of crisis.” - Publishers Weekly

“The Service of the Dead is a tasty brew of political intrigue, larceny, and murder set within the walls of medieval York. Candace Robb’s latest historical mystery is steeped in the atmosphere of the late fourteenth century, and in Kate Clifford she’s given us a no-nonsense heroine and sleuth who is not only smart, but fierce when those she cares about are threatened. You’re going to love her.” - Patricia Bracewell, author of the Emma of Normandy Trilogy

“The Service of the Dead by Candace Robb is a strikingly well-crafted novel that is a compelling page-turner from beginning to end. Very highly recommended for community library historical fiction collections.” - Midwest Book Review 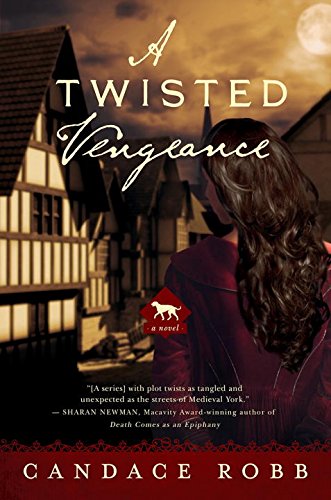 As the fourteenth century comes to a close, York seethes on the brink of civil war―and young widow Kate Clifford, struggling to keep her businesses afloat, realizes that her mother is harboring a dangerous secret…

1399. York is preparing for civil war, teeming with knights and their armed retainers summoned for the city’s defense. Henry of Lancaster is rumored to have landed on the northeast coast of England, not so far from York, intent on reclaiming his inheritance―an inheritance which his cousin, King Richard, has declared forfeit.

With the city unsettled and rife with rumors, Eleanor Clifford’s abrupt return to York upon the mysterious death of her husband in Strasbourg is met with suspicion in the city. Her daughter Kate is determined to keep her distance, but it will not be easy―Eleanor has settled next door with the intention of establishing a house of beguines, or poor sisters. When one of the beguines is set upon in the night by an intruder, Kate knows that for the sake of her own reputation and the safety of her young wards she must investigate.

From the first, Eleanor is clearly frightened yet maintains a stubborn silence. The brutal murder of one of Eleanor’s servants leads Kate to suspect that her mother’s troubles have followed her from Strasbourg. Is she secretly involved in the political upheaval? When one of her wards is frightened by a too-curious stranger, Kate is desperate to draw her mother out of her silence before tragedy strikes her own household.

Praise for A Twisted Vengeance

"Lovers of Shakespeare’s Richard II will find Robb’s intricate sequel to 2016’s The Service of the Dead a particular treat, as it charts the course of Richard’s downfall and his cousin Henry of Bolingbroke’s rise through the fears and uncertainties of the residents of the city of York in July 1399. These anxieties are worsened by a series of strange deaths connected to the extended family of Kate Clifford, a fierce young widow struggling to cope with not only her own household of jostling servants and the recently arrived illegitimate children of her late husband but also the return of her quarrelsome mother, Eleanor, from Strasbourg with religious women in tow. The character of Clifford is compelling and finely drawn, and for those readers who are patient enough to manage an unusually large number of secondary characters, the answers to a series of mysteries, starting with the reason for an intruder’s attack on a beguine (or poor sister) in the middle of the night, are highly satisfying." - Publisher's Weekley, STARRED REVIEW 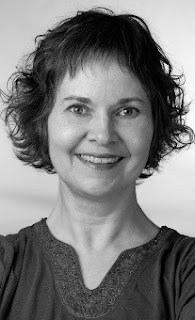 Candace Robb did her graduate work in medieval literature and history, and has continued to study the period while working first as an editor of scientific publications and now for some years as a freelance writer. Candace has published 13 crime novels set in 14th century England, Wales, and Scotland. The Owen Archer series is based in York and currently extends over 10 novels beginning with THE APOTHECARY ROSE; the most recent is A VIGIL OF SPIES. The Margaret Kerr trilogy explores the early days of Scotland’s struggle again England’s King Edward I, and includes A TRUST BETRAYED, THE FIRE IN THE FLINT, and A CRUEL COURTSHIP.

Writing as Emma Campion, Candace has published historical novels about two fascinating women she encountered while researching the Owen Archer mysteries, Alice Perrers (THE KING’S MISTRESS) and Joan of Kent (A TRIPLE KNOT).

Candace was born in the Blue Ridge Mountains of North Carolina, grew up in Cincinnati, Ohio, and has lived most of her adult life in Seattle, Washington, which she and her husband love for its combination of natural beauty and culture. Candace enjoys walking, hiking, and gardening, and practices yoga and vipassana meditation. She travels frequently to Great Britain.

Monday, July 3
Kick Off at Passages to the Past

Thursday, July 6
Review at Jorie Loves a Story (The Service of the Dead)
Interview at Dianne Ascroft’s Blog

Friday, July 7
Review at Brooke Blogs (The Service of the Dead)
Excerpt at What Is That Book About

Saturday, July 8
Review at The True Book Addict (The Service of the Dead)

Sunday, July 9
Review at Svetlana’s Reads and Views (The Service of the Dead)

Monday, July 10
Review at Ageless Pages Reviews (The Service of the Dead)

Tuesday, July 11
Review at Rainy Day Reviews (The Service of the Dead)
Guest Post at Let Them Read Books

Friday, July 14
Review at History From a Woman’s Perspective (A Twisted Vengeance)

Monday, July 17
Review at Laura’s Interests (A Twisted Vengeance)
Review at CelticLady’s Reviews (The Service of the Dead)

Thursday, July 20
Review at Jorie Loves a Story (A Twisted Vengeance)
Review at Just One More Chapter (The Service of the Dead)

During the Blog Tour we are giving away a copy of The Service of the Dead and A Twisted Vengeance to one lucky winner!

To enter please see the Gleam form below.

– Giveaway ends at 11:59pm EST on July 21st. You must be 18 or older to enter.
– Giveaway is open to residents in the US only.
– Only one entry per household
. – All giveaway entrants agree to be honest and not cheat the systems; any suspect of fraud is decided upon by blog/site owner and the sponsor, and entrants may be disqualified at our discretion
. – Winner has 48 hours to claim prize or new winner is chosen.

Welcome to my stop on the Virtual Tour, presented by Historical Fiction Virtual Book Tours, for the Kate Clifford Mystery Series by Candace Robb.  Please leave a comment or question for Candace to let her know you stopped by.  You may enter her tour wide giveaway below.  I’m still in the process of reading both books featured in the tour and will be posting my review as quickly as possible.