Release Blast & #Giveaway for Monster Among the Roses by Linda Kage

Welcome to my stop on the Release Blast, presented by Tasty Book Tours, for Monster Among the Roses by Linda Kage.  Please leave a comment or question for Linda to let her know you stopped by.  You may enter her tour wide giveaway by filling out the Rafflecopter form below.  Good Luck! 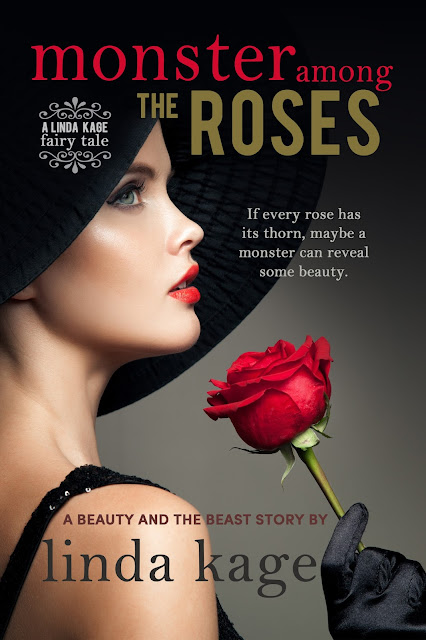 Will you dare to gaze upon the monster among the roses?

“Do you know how to get to the rose garden?”
“No, you can’t go there. A monster lives there.”

Broke, unemployed, and determined to help his ailing mother, he falls on the good graces of a wealthy benefactor who is willing to give Shaw a job at his mansion in order to pay off his mother’s debts. Suddenly finding himself surrounded by lavish riches, he has no idea what his duties truly entail until he’s sent to the rose garden and meets the tragically mutilated Isobel.

This Beauty and the Beast story holds true to the core of the fable while shaking off the element of fantasy and dragging it into present day reality. Shaw and Isobel are ready to let you climb into their four-wheel-drive pickup and take a ride with them into their version of happily ever after, but only if you first dare to gaze upon the monster among the roses.

Great. I was lost. Shading my hand over my eyes, I decided the far right should take me in the general direction I wanted to go. So I went that way, only to end up at the edge of the house, but not where I’d started, and not close enough to the rose garden to get me inside.

Strangely enough, however, a boy played outside, using sidewalk chalk to color a picture of…what the hell was he drawing? Maybe some kind of dying animal with blood gushing from its side and an arrow sticking out of its back.

It didn’t look right, whatever it was.

I shook my head and jerked my gaze from the disturbingly morbid sketch. “Hey, kid.”

The boy jumped and looked up, hopping to his feet and backing away from me as I were the scary one.

No idea who he was; he looked too young to be Mr. Nash’s son from the photos I’d seen, plus he had white blond hair, the complete opposite shade of the young man in all the pictures in Mr. Nash’s office. But he was here, so he’d have to do.

Wanting to appear as non-threatening as possible, I smile and waved. “Hey. Sorry for bothering you, but do you know how to get to the rose garden?”

That must’ve been the wrong question to ask. His face drained of color. “No,” he said, shaking his head. “You can’t go there.”

“A monster lives in there. Half her face is melted off. She eats the thorns from the roses so she can spit them at people, stabbing them in the neck to slice their throat open until they bleed out and die.”

Somehow, I’d stumbled across one of the children of the corn. Nice.

Lifting my eyebrows, I drew my own step in reverse. Time to retreat. “Dude, that’s gruesome.”

He gave a serious nod. “It’s true. My mom’ll tell you she’s real too.”

“Oh yeah?” Relieved he wasn’t claiming he’d sprouted from Satan’s cabbage patch but actually had a mother, I glanced around for this wise, all-knowing parent of his.
Maybe she could tell me how to get to the conservatory.

“The cook,” he said, puffing up his chest as if that were the most important title in the house. “She’s worked here for fifteen years. She knows everything about this place there is to know. So…don’t go into the roses. You won’t come out alive. Lewis, the groundskeeper, doesn’t even go in there.”

Aha! So this place did have a gardener. I knew it.

I took a second to ponder why I was being sent to garden then, when Mr. Nash already paid someone to maintain the place. But if Lewis refused to go into the roses, as the kid had said, maybe it was rumored to be haunted or something, and that was where I came in. Then again, why wouldn’t Mr. Nash just hire a new groundskeeper who wasn’t so scared and superstitious? Then I stopped pondering the whys. It wasn’t my place to question strange, rich people and their strange, oddball orders. I was just here to do what I was told and save my mom.

Nodding gravely to the boy, I said, “Thanks for the warning, kid. But I think I’ll take my chances. Which way?”

He looked at me as if he’d never see me again because I was headed forth to my death, then he lifted his hand and quietly pointed toward another opening in the path of bushes.

“Thanks.” I nodded and got out of there before some of his creepiness started rubbing off.

Fortunately, he’d steered me in the right direction. I landed right at the outdoor entrance into the glass gazebo. Propping the door open, I carted my supplies inside and then paused to breathe deeply.

But fuck me, it smelled good in here. You didn’t have to be a flower enthusiast for this garden to amaze you. It was like the holy shrine of roses. A hallowed kind of reverence filled my chest. Haunted or not, I liked it. It felt peaceful and yet revitalizing.

Suddenly intimidated because I didn’t want to mess anything up in such a perfect place, my hands shook as I flipped back to the pages about rose care. The more I skimmed, however, the more confused I became.

These roses didn’t need a lick of my attention. They were all in excellent condition as if someone already tended to them. Maybe creepy kid had been wrong, and Lewis the groundskeeper came in here hourly to care for them.

I frowned and slid my finger along the silken petals of a blood red rose. Perfectly pruned, weeded, and watered. It was as flawless as a thing could get.

But I couldn’t go tell Mr. Nash they didn’t need anything, could I? What if he fired me for lack of work to do, or because he thought I was lazy and lying about the roses not needing care?

I looked around again, searching for anything to water, or clip, or re-soil. It was crazy how thriving every single flower looked.

Maybe this was some kind of test, and Mr. Nash wanted me to fail. What if he’d never intended for me to work for him and the contract I’d signed to save my mom was being burned in the fireplace in this office as I stood here like a dumbass with nothing to weed.

Confused and worried, and growing a little angry, I scowled at a wall full of pink vine roses growing to my right. But they were honestly too pretty to be glared at, so my mood settled.

I bet Mom would love them. She was a fan of pink. And flowers. Plus, these were the good-smelling kind. I’d be a good son if I brought home such a flower to her. And it seemed as if they grew in abundance, not as if they were one of the rare breeds Mr. Nash had spoken of. So I reached for a bloom to pluck it from the vine without even thinking beyond how much it’d make my mother smile.

Behind me, a voice growled, “What the hell do you think you’re doing?”

Jumping half out of my skin because I’d been certain no one had been in here with me, I whirled around only to gasp, “Shit!”

In front of me stood an irate woman with half her face melted off. 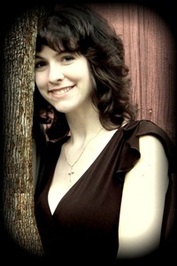 I grew up on a dairy farm in the Midwest as the youngest of eight children. Now I live in Kansas with my husband, two daughters, nine cuckoo clocks, and a cat named Holly. My life's been blessed with lots of people to learn from and love. Writing's always been a major part my world, and I'm so happy to finally share some of my stories with other romance lovers.

I'm a member of Romance Writers of America, and I've been through a writing correspondence class in children's literature from The Institute of Children's Literarture, and then I continued my writing lessons by majoring in English with an emphasis in creative fiction writing from Pittsburg State University.