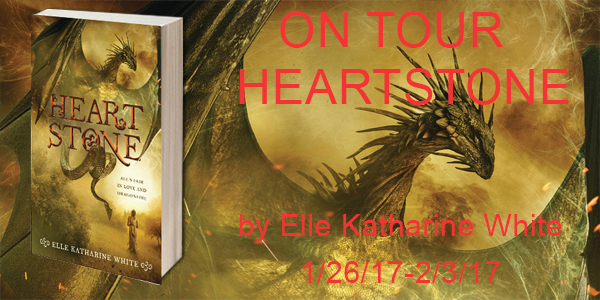 Welcome to my stop on the Virtual Tour, presented by Aurora Publicity, for Heartstone by Elle Katherine White.  Please leave a comment or question for Elle to let her know you stopped by.  I will be posting a review for this book soon. 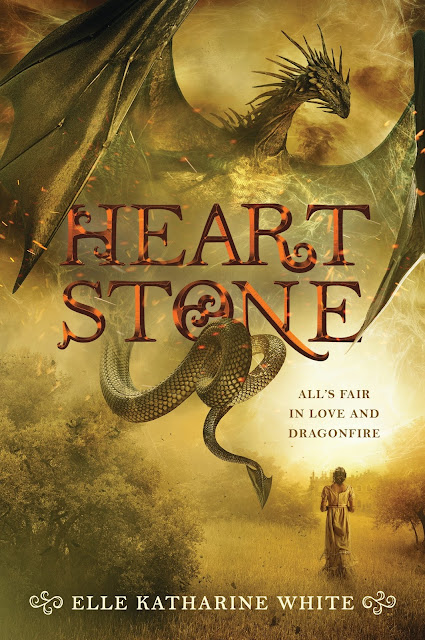 A debut historical fantasy that recasts Jane Austen’s beloved Pride & Prejudice in an imaginative world of wyverns, dragons, and the warriors who fight alongside them against the monsters that threaten the kingdom: gryphons, direwolves, lamias, banshees, and lindworms.

They say a Rider in possession of a good blade must be in want of a monster to slay—and Merybourne Manor has plenty of monsters.

Passionate, headstrong Aliza Bentaine knows this all too well; she’s already lost one sister to the invading gryphons. So when Lord Merybourne hires a band of Riders to hunt down the horde, Aliza is relieved her home will soon be safe again.

Her relief is short-lived. With the arrival of the haughty and handsome dragonrider, Alastair Daired, Aliza expects a battle; what she doesn’t expect is a romantic clash of wills, pitting words and wit against the pride of an ancient house. Nor does she anticipate the mystery that follows them from Merybourne Manor, its roots running deep as the foundations of the kingdom itself, where something old and dreadful slumbers . . . something far more sinister than gryphons.

It’s a war Aliza is ill-prepared to wage, on a battlefield she’s never known before: one spanning kingdoms, class lines, and the curious nature of her own heart.

Elle Katharine White infuses elements of Austen’s beloved novel with her own brand of magic, crafting a modern epic fantasy that conjures a familiar yet wondrously unique new world.

Elle was born and raised in Buffalo, NY, where she learned valuable life skills like how to clear a snowy driveway in under twenty minutes (a lot easier than you think) and how to cheer for the perennial underdog (a lot harder than you think).
MEET ELLE

When she’s not writing she spends her time reading, drinking absurd amounts of tea, having strong feelings about fictional characters, and doing her best to live with no regrets.
Connect with her on Facebook at @ellewhite.author, or witness the hilarious spectacle that is a writer contending with the 140-character limit on Twitter at @elle_k_writes.
Website | Twitter |Tumblr | Facebook | Goodreads