On January 23rd you'll find that honey tastes good on everything. Honey Bee by Heather Shere is the breakout debut novel that is worth the buzz!

Love can be as sweet as honey, or it can sting like a bee.

Bo Smith knows that if you go looking for honey, you get stung, so he has his life just how he wants it. No hassles, no complications, and no heartache. As the handsome high school athletics coach, he would be the pick of the small town he grew up in...if he was into commitment, or dating...or even calling back. But he has sworn off anything resembling a future and his mind isn't going to change.

Then his eyes lock on the new girl in town...She’s beautiful, intelligent, and full of surprises. Just the kind of complication he has been avoiding.

Sophia Brown is looking for the sweet simple life. She has it all planned out. Getting used to life alone isn't easy, but she has her garden, her bees, and her dog Triton to tend to. It's the fresh start she's been dreaming of, surrounded by nothing but open fields to stare at all day.

Nothing at all...unless you count the high school football team and their distractingly handsome coach, practicing right across the street.

But when sparks fly, Bo must choose between the sting of his past or the sweetness of the future.

He may just find that honey tastes good on everything.

Heather Shere is a wife of twenty some odd years and wants you to know that you get less for murder. She’s also the mother of two adult shaped kids, who she thinks she messed up just enough to make them highly successful individuals, who are also hilarious.

She has a masters degree in snark and nothing entertains her more than someone who can word battle with her. She considers herself an awesome cook and an expert baker but wants to eat out most days; however, nothing is made ‘the right way’ unless she makes it herself.

When she gets bored she likes to tinker with different hobbies like crocheting, scrapbooking, stamping and card making. Her newest and most fulfilling passion is writing and she welcomes you into the deep dark depths of her mind. 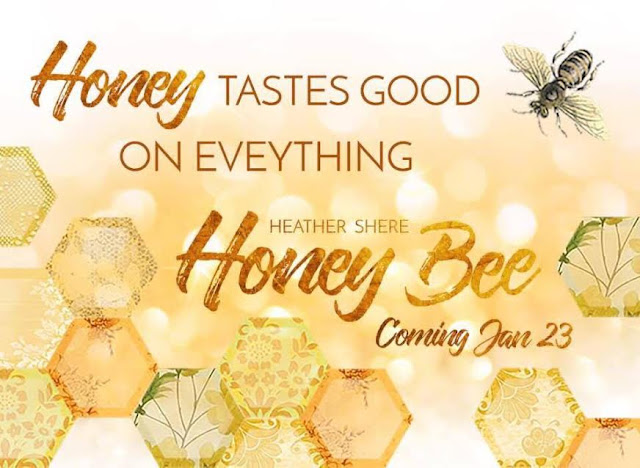