Welcome to my stop on the Virtual Tour, presented by Goddess Fish Promotions, for Ocean Park by Michael Walsh.  Please leave a comment or question for Michael to let him know you stopped by.  You may enter his tour wide giveaway, where Michael will be awarding a $25 Amazon/BN GC to one (1) randomly drawn commenter, by filling out the Rafflecopter form below.  You may follow all of the stops on Michael’s tour by clicking on the banner above.  The more stops you visit, the better your chances of winning. 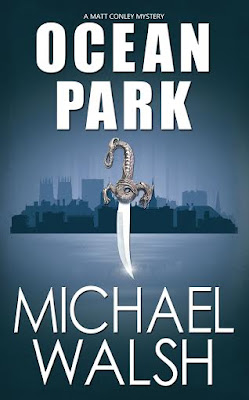 All Detective Matt Conley ever wanted was to raise a family in Ocean Park with his stunning and ambitious wife Lisa. When a corpse is found in his church, Matt begins a journey that reveals corruption and decay in his city and deceit in his marriage. As he searches for the murderer of a local businessman, a gang war erupts for control of the city’s drug trade, and the body count rises. With his reluctant new partner, Detective Lloyd Kendricks, Matt weaves his way through the puzzling connections between street gangs, politicians, bikers, and a private kink club.

Will their unlikely alliance be enough to return Matt's beloved hometown to its halcyon days? And will he find the faith he needs to rebuild his crumbling marriage?

The snow squall had ended and the sun was shining when Conley parked in front of the condo he and his wife shared—used to share. Hard to think of it as theirs anymore since they’d been living apart. For five weeks now he’d been living a Spartan existence on their cabin cruiser, in the middle of winter no less.

He buzzed in with his keycard and rode the elevator to their place. When Lisa opened the door her eyes went wide.

The dining room table was covered with paper—election speeches, campaign strategy, posters. He saw a memo from Bill McNulty, her campaign manager. Triple exclamation points, quadruple question marks, words in caps, words double-underlined. The guy was even annoying on paper.

He sank into the couch. She went to the kitchen, silk robe swishing.

“Did you go to the hospital?”

“No. A doctor stitched me on her lunch hour.”

Lisa came back with a warm facecloth. She washed his face gently, dabbed the blue skin, used her finger to work the cloth around the outside of cuts. He closed his eyes and enjoyed the steamy, healing cloth—or was it the warm hand behind it?

“I can’t stay long. We got a lead on the Rodriguez murder.”

She drew the facecloth behind his ear and worked it down his neck. She unbuttoned the top of his shirt.

She undressed him as she washed his bruised body. She dropped the facecloth, shrugged her robe off, and lay on him.

Was it finally over? Living on the boat, nights falling asleep alone in front of the TV, bizarre counseling sessions with Doctor Larkin?

He hugged her and stared at the vaulted ceiling.

Lisa lifted her head and her warm breath was on his face.

She kissed him, her wet hair clinging to the sides of his face. 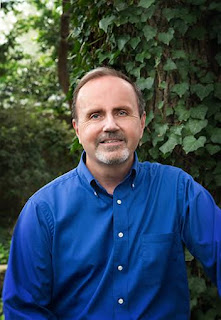 Michael Walsh attended Boston University, where he became a staffer for the Daily Free Press and earned a degree in journalism. His first professional job was at a public relations and advertising firm, writing press releases that appeared in the Boston Globe, Boston Herald, and New England Journal of Engineering. He later became a technical writer, writing and editing jet engine manuals for General Electric Aircraft Engines. GE relocated him to Cincinnati and Florida, where he currently resides. He’s written and studied fiction for years at BU, the University of Cincinnati, and now Jacksonville, where he won the First Coast Writers Festival short story contest and had work published in the UK’s Twisted Tongue and Askew Reviews. He’s an active member of the Bard Society, Florida’s longest-running writers’ workshop.

His five novels and dozens of short stories, most of them richly-layered mysteries, take place in New England. Mike and his wife Jean live in Florida with their three sons.

a Rafflecopter giveaway
Posted by Maria at Monday, November 09, 2015